FC Barcelona landed this Thursday a few minutes before four in the afternoon at Cologne airport, where he already watches weapons for a Final Four in which he will face Nantes on Saturday in the second semifinal at 6:00 p.m. Before they will see the faces in the first the PSG and the Aalborg.

With Aron Palmarsson between cottons and with captain Raúl Entrerríos something ‘touched’, Luka Cindric’s full recovery after a series of problems is the best news for a Barça team that aspires to finally conquer the long-awaited ‘tenth’ European Cup in the farewell of Xavi Pascual, David Barrufet, Raúl Entrerríos and Cédric Sorhaindo, among others.

From the concentration hotel a mere kilometer from the Lanxess Arena, the ambitious Croatian center-back has spoken with SPORT to explain his feelings and be moderately optimistic by virtue of the good moment with which the team faces a challenge that he already achieved in 2017 with the Vardar. Remember that the Macedonians knocked out Barça in ‘semis’ with a goal from Cindric himself on the horn.

The first. How are you?

I have had many small problems, but I am already very well, without discomfort and waiting for the game against Nantes to come.

He has missed a lot of workouts … And on a physical level?

I’m fine, really, although the physique is not so important here. It is played more with the heart. A Final Four is the greatest.

How does the team arrive?

The atmosphere is very good, especially after the Asobal Cup. We won it and we have trained very hard these two weeks. There is a great ‘feeling’ in the dressing room and we arrived in good shape. 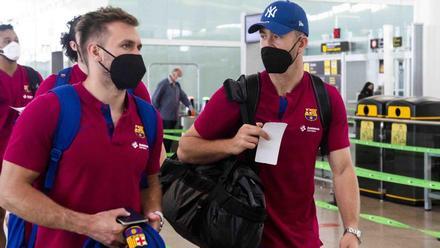 Cindric, with Gonzalo before flying to Cologne

In 2017 he won the title with Vardar, eliminating Barça in the semifinals with a goal of his in the last second. What do you remember about that?

It was incredible. We arrived as ‘outsiders’. It was the first Final Four for Vardar, nobody expected us to win and we played without pressure. That was our best asset.

In the last three editions he fell by one goal in the semis against Montpellier, by three against Kielce and he lost the last final as a Barça player…

Here are the four best in Europe and for us it is a success to arrive, because we know how difficult it is. Everything is possible at the Lanxess. You can win every game in the regular season, but it’s very different here. You play it all for 120 minutes and that’s it.

What do you think of Nantes?

It is a really good team that attacks very well and arrives in great shape. He comes from eliminating Veszprém and Kielce, so he has already shown that he knows how to fight against the ‘greats’. For me, his best player is the goalkeeper (Emil Nielsen, who will be Barça in 2022). They play great handball without having superstars like for example PSG and dominate the positional attack and the counterattack. 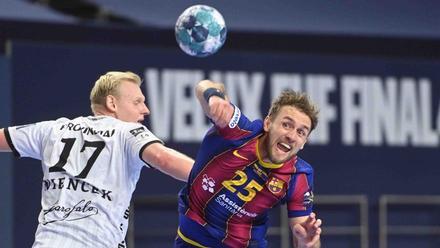 And all the pressure for Barça …

It is not easy to play under pressure, but we are not under pressure. It is said that we are favorites and that we play the best handball, but we know who we are up against and we have to think only of Nantes.

Do you have the feeling that you deserve to win this title?

Yes. We have done a great job these two seasons and we talk about this a lot in the locker room. The whole team and each individual player are very clear that we are coming for the title, but we know that to win here you have to play really well and be prepared for two very tough games in two days. It is not easy to play at this level without mistakes.

It will be the goodbye of Xavi Pascual. How does the team experience all this noise around the section?

For us it was hard and very sad to know that they are leaving, but this is sport. Pasqui has done this season with us and is focusing on clearing our minds. He wants to stop all that and insists that we focus only on the Final Four and that is very positive. Now it’s just Cologne. 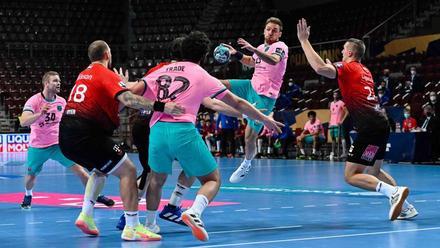 Croatia ran out of Games. Does that make you have even more desire to achieve this Champions?

Yes, I have to give it my all here, because my season is over. It was very hard knowing that I will not go to Tokyo, because it is the dream of every athlete. It’s time to assume it and try to get even with this great title.

A year later the fans have already returned to the Palau. What would you say to them a few hours before the semifinals?

When the public returned against Elverum for me it was incredible to feel the fans again and I already said at the press conference that I was very happy. Thank you for always supporting us. I know that handball is not the club’s first sport, but they are always with us and hopefully we can win this Champions League for them.