The attractive Chinese electric sedan reached a major production milestone this month, with the 20,000th BYD Han rolling off the assembly line on Nov. 12. The company has accumulated more than 40,000 orders in just over 3 months for sale and expects the production of the model to exceed 10,000 units per month next December.

Chinese giant BYD is in luck. Its latest major launch, the BYD Han, is proving to be a sales success and that has just begun its ambitious international marketing plan, as the company intends that this is a global model and that it is available in very different continents. So these first and positive figures of the model correspond exclusively to the local Chinese market.

On November 12 the 20,000th unit of the technological Chinese sedan was assembled, which began marketing last July and expects to continue increasing its monthly production figure in the coming months. According to the data offered by the company, They intend to continue increasing the production of the model to a figure higher than 10,000 units per month, since those responsible for BYD estimate that the demand for the model will remain very high in the coming months. The company has also confirmed that they have accumulated over 40,000 orders so far. 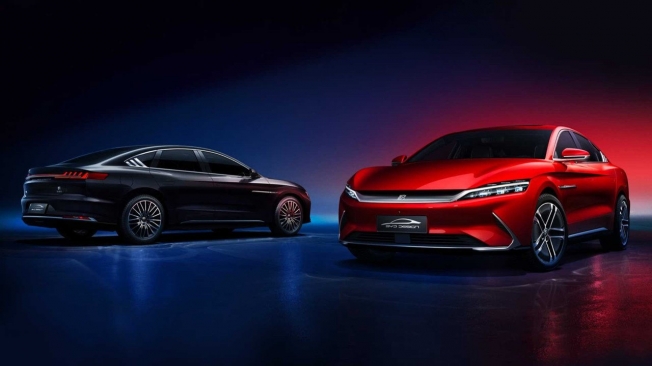 The BYD Han has 2 mechanical versions.

This is great news for a company that aims to make the BYD Han one of the flagships of its international commercial offensive. In fact, the sedan is one of the few “Made in China” products that can already be purchased in some European markets, such as Norway, where the model is already available from 484,900 crowns, which is equivalent to about 44,000 euros at the current exchange rate. It’s basically a sedan the size of a Tesla Model S at the price of a Model 3.

In China we can find two mechanical variants and two battery options for the BYD Han. On a mechanical level, it has versions with a single engine on the front axle of 222 hp (163 kW) or with two engines, which in addition to the first adds a new 272 hp (200 kW) engine to the rear axle. This all-wheel drive version sees its maximum range reduced by about 50 kilometers, although it is capable of accelerating from 0 to 100 km / h in an outstanding 3.9 seconds.

In the case of batteries 65 and 77 kWh packs are available, which present autonomy figures of 506 and 605 km, although these belong to the old and overly optimistic NEDC homologation cycle. So we can expect that in markets such as Europe they will homologate figures around 400 and 500 km, respectively. One of the main characteristics of these packs is that feature the latest Blade lithium ferrophosphate battery technology by BYD. Safer and lighter batteries. These allow you to recharge between 30 and 80% of capacity in just 25 minutes.