Immortals Fenyx Rising It is, without a doubt, one of the most anticipated titles of the end of 2020 and the rest of Ubisoft by the end of the year. And it is that its tortuous progress, including name change, has left us glimpses of what aims to be an impressive adventure, which combines touches from The Legend of Zelda or even Super Mario Odyssey. So far all clear, right? But what would happen if we merged it with, the mythical animated series created by Pendleton Ward, Adventure Time?

And, as part of the pre-launch advertising campaign for Immortals Fenyx Rising, Ubisoft has surprised locals and strangers with a new commercial in which merge said title with the Cartoon Network series, Adventure Time. Ready to follow Finn and Jake, as they get lost out of the land of Ooo, alongside Fenyx and a certain Cerberus? Next, we leave you with the video in question: 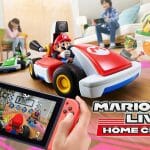 Immortals Fenyx Rising and Adventure Time together in the same sentence. Really explosive, right? What is clear is that everything points to the conclusion between Ubisoft and Cartoon Network not going to stay here. What do you think of this surprising crossover? Part of the future microtransaction campaign? We await your valuable impressions.