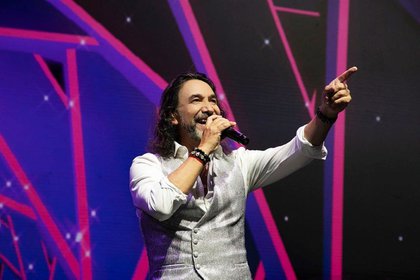 Marco Antonio Solis, also known as the “Buki” and even, on social networks, as “the yisus of the song”, it went viral today on Twitter for a publication in which it refers to the new update made by the social network to your application.

This November 17, Twitter announced the launch of Fleets, a tool through which it incorporates another way of sharing content through the social network and which was quickly named as “Twitter stories”, due to the similarity they have with the Instagram stories.

Faced with this change, which came between yesterday and today to the mobile applications of the social network, Marco Antonio Solís published early on: “They can put stories on all social networks, but the best stories alone will be with you, my love.”

The melodramatic tone of the publication, reminiscent of the songs of the Mexican singer-songwriter, earned him his rapid rise to number 7 in national trends with the term “Buki.”

The reactions to the tweet were from appreciation on the part of his supporters, people who made reference to the resemblance of Marco Antonio to the Christian god, Jesus, and users who took the opportunity to express their animosity towards the arrival of fleets to Twitter. The latter because they consider that the attempts of various social networks such as Facebook and WhatsApp to incorporate the stories into their interfaces have been unsuccessful. The original idea is attributed many times to Instagram, however, previously this social network took the idea of ​​Snapchat. 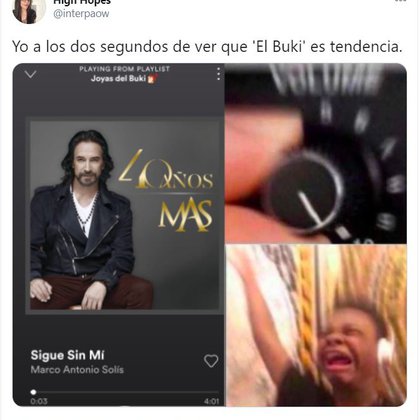 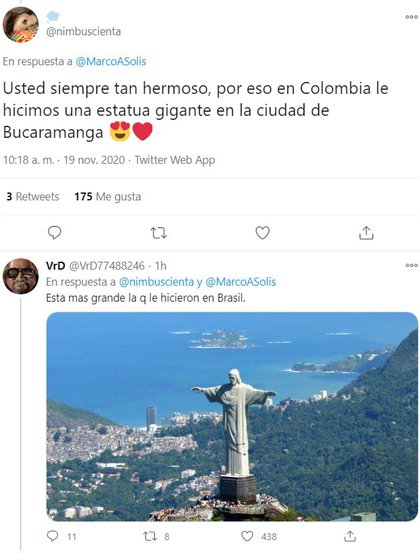 Some users also highlighted the romanticism in the Mexican singer’s tweet, even referring to the International Men’s Day that is commemorated today.

On November 13, Marco Antonio Solis released a new single called Las Naves del Olvido where he honors the late Mexican prince of song, José José. This occurs a decade after the release of his album In total plenitude.

The interpretation of Naves of Oblivion of Marco Antonio It will be part of the orchestrated album with which the singer-songwriter and his team intend to close 2020. Throughout this year, he and his team have been working on this new installment that will contain some of the artist’s classics and other surprises. This work occurred in conjunction with several organizing charity events to support people who were affected by the health emergency caused by the Covid-19 pandemic.

On the streaming platform for music and podcasts, Spotify, the songs from el Buki that have the most reproductions are Where are we going to stop ?, More than your friend, The last goodbye, La Venia Bendita and If you had not gone. Recently, the Mexican artist also lent his voice for the Disney Pixar film Coco. In it, he performed the song Remember me for the character of Ernesto de la Fuente.

Miami fired José José, uncertainty continues about the tributes he will have in Mexico

“The last woman who believed in me”, this is how José José referred to his last wife Sara Salazar

# LadyGuácala: the controversy that, once again, arouses indignation over classism in Mexico