Home>World>Iglesias asks for compensation of 5,300 euros per month as former vice president after his 14 months in office

The former second vice president of the Government and candidate for United We Can to the Madrid elections on May 4, Pablo Iglesias, has requested compensation of 5,300 euros per month to which he is entitled for having been a member of the Executive for 14 months.

You will perceive it for a month given that after the May 4 elections he has the commitment to take office as a deputy of the Madrid Assembly as a candidate for United We Can, as sources familiar with his request have confirmed to Europa Press.

The medium ‘Maldita.es’ has advanced, through a request to the Office of Conflicts of Interest that depends on the Ministry of Territorial Policyl, that on April 6 the application of Iglesias to take advantage of this compensatory remuneration entered the registry.

The law regulating the exercise of high office of the General State Administration guide this option for positions that have ceased their function and as long as they do not hold any public office or work in the private sector. And it is that the normative guideline that is incompatible with any other remuneration.

In this way, former members of the Executive can receive this compensatory pension for a period equal to the time during which they held this position and that corresponds to 80% of salary, which is formalized the month after requesting it.

According to the General State Budgets, the remuneration of Churches was 79,746.24 euros per year during his time in the Government, so the compensation in monthly terms would be equivalent to about 5,300 euros per month. 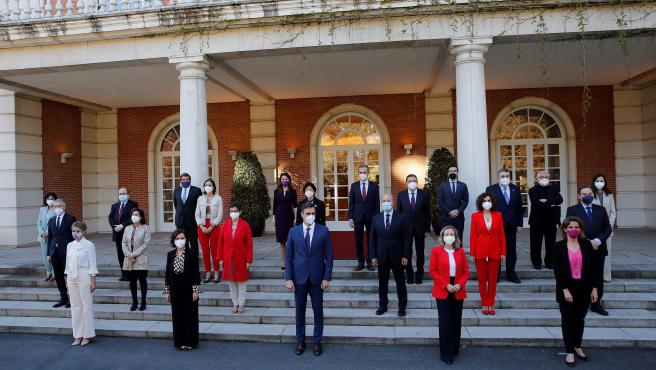 However, the forecast is that Iglesias will use this compensatory remuneration for only one month, He has stated that his commitment is to take office as a regional deputy. In fact, and as he has repeated in several interviews, his will is to occupy the position that the people of Madrid decide with their vote in the next elections.

Two years ago, the former Minister of Culture and Sports Màxim Huerta waived this compensatory remuneration, which in his case amounted to just over 1,000 euros after being only six days in the Executive.