No one has been coughing up the Google search engine for two decades, but now there is a project that wants to attack its waterline: that of income.

The Ahrefs company, known for its SEO tools, is working on a search engine that competes directly with Google’s but that will differ from it in that will give 90% of your income to those who create that content on which the seeker feeds. Do you know what percentage Google currently gives to content creators? Exactly. 0%.

Dmitry Gerasimenko, founder and CEO of Ahrefs, spoke of the project on Twitter in March 2019. He did it without complexes and explaining that “Google makes $ 100 billion” from the advertising generated by its search engine and imagining what would happen “if they suddenly implemented a 90/10 profit model to give 90,000 million dollars a year to those who create and publish the content. “

Ahrefs is working on general purpose search engine to compete with Google. Sounds crazy, right?
But lets talk about two huge problems with Google which they will never want to fix:

Gerasimenko compared that situation with YouTube, which does distribute advertising revenue – although only to the “big” creators, the small ones do not take a euro – but it also highlighted something important.

In recent times, he indicated, Google not only takes advantage of information created by independent media and creators, but also makes that information so directly accessible in its search engine that it is not necessary to even click on the site that created it, something what prevents that site from ultimately achieving ad revenue.

In Ahrefs they pretend precisely that creators take 90% of the revenue generated by this search engine. The company would take a 10% commission to cover expenses and to pay those who develop that solution, but it seems a more than reasonable amount considering what is currently happening with Google and its business model.

Ahrefs is getting closer to publicly promoting the Web Search Engine we are working on. In case you missed the previous announcement – the point of our search engine is to share ad revenue with content creators 90/10. With 90% going to creators. pic.twitter.com/VExspO7y0v

The creator of Ahrefs again indicated these days on Twitter that soon we will be able to start using that search engine that they are developing, and welcomed that Google now allows – after the historic fine imposed by the EU, yes – users to choose which search engine to use by default on their Android phones.

Ahrefs’ proposal comes at an interesting moment: many countries are have tried to reach agreements in this regard for years —The Canon AEDE that raised something similar to what Ahrefs raised caused Google News to cease to exist in Spain — but practically none of them have been successful, and in fact the Supreme Court ended up knocking down the Google rate in our country.

In the last times there seems to be signs of optimism: Facebook had to reach an agreement with the Australian government in this area, and even Google ended up also reaching agreements with some publishers in countries such as Germany, Australia or Brazil in recent months.

This January he also negotiated with French media in this regard. If Ahrefs’ proposal does not progress there may be changes anyway. And if it does, that success could force Google to change its stance in terms of advertising and media revenue.

Is it possible to escape from Google?

Ahrefs’ proposal is certainly striking and could pose an interesting alternative for users, but especially for online content creators. All of them (all of us) are mostly based on business models in which advertising is a fundamental component. 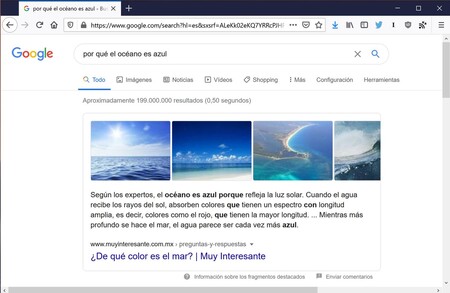 The problem is that the work of content creators is not always rewarded: even if they have advertising on their websites, if the user does not reach those websites there is no income, and the Google search engine, which tries to respond to our questions on your results page, has made visiting those sites less and less necessary.

The empire created by Google turns it all into a vicious circle: content creators they almost “work for Google” and fight to get better positioning in their search engineThey know that being in the top search results can make the difference between making money or ending up with no income.

Google ends up being an important source of income, but the dependence it generates on all types of media and content creators is enormous. Studies like SparkToro reveal that Google is by far the most important source of traffic for any website on our planet: almost 60% of the traffic that reaches any page does so from the Google search engine.

The company has been polishing its search engine progressively until it becomes an impeccable and spectacular tool for the user: It is almost as if it guesses what we want even if we cannot use the search terms well. Its integration in all kinds of fields is almost absolute, and it certainly seems difficult to get someone to make the giant stagger.

Others besides Ahrefs have been trying for a long time. Yahoo and Bing have a tiny share, and only Baidu can stand up to it in China. One of the most relevant proposals has been the one that DuckDuckGo has been defending for years, and contrary to what happens in Google, this search engine precisely raises the privacy flag and ensures that it does not collect user data.

Your revenue is from advertising, but your ads not displayed from collected dataInstead, they are ads related to the search terms that the user enters.

Its share has been growing in recent times, but still almost anecdotal and according to data from StatCounter GlobalStats it does not exceed 0.6% (Google has 92.2% and Bing, the second ranked, 2.27%).

Ahrefs proposal It is certainly relevant because of that approach, but it is not entirely new.– Browser Brave was basing its business on “benign” ads and its own cryptocurrency, BAT, but its strategy changed in late 2019.

It was then that its first stable version was launched and the so-called Brave Rewards were launched, with which users send micropayments in the form of BAT tokens to websites and content creators that are registered in that network.

These efforts have been joined by one more: curiously, the company that develops it has just announced the launch of its own search engine that will try to propose a valid alternative to the one offered by Google.

At the moment DuckDuckGo has failed to convince users despite its commitment to privacy. Bing or Yahoo, “old rockers” of search, are not convincing either. Will the Ahrefs seeker be able to achieve anything with his revenue sharing approach? It will be interesting to check.