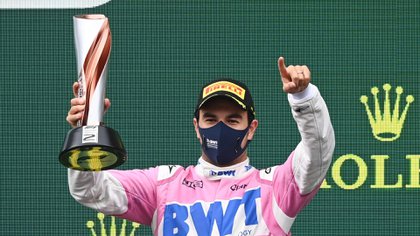 After his second place in the Turkish Grand Prix, the Mexican driver assured that he has achieved a successful career (Photo: Ozan Kose / .)

The future of the pilot Sergio “Checo” Pérez remains unknown. The Mexican still does not have an agreement with any team for next season, despite being one of the most profitable athletes in the category in the present year.

But nevertheless, Czech described this complicated situation as a pride, because it managed to excel in the highest category of motorsport. He pointed out that the Istanbul race is proof of his performance and that is enough to leave in peace.

“If I have to quit sports, I can leave with great pride, since I have responded with the material that I have had. Not many people can have such a career. So we’ll see what happens, but I’m at peace with myself, “he declared for the official Formula 1 website. Pérez has had one of the best seasons of his entire career in the highest category of motorsport (Photo: Tolga Bozoglu / .)

And is that Pérez has had one of the best seasons of his entire career in the highest category of motorsport. This was confirmed last weekend when it ended in second place at the Turkish Grand Prix, held in the city of Istanbul.

The Aztec rider assured that this season he could have achieved more podiums. However, he recalled that Those races he lost due to contracting COVID-19 were a key factor in not showing more triumphs In the season.

“There have been things that could have been better. I should have two podiums this season, it should have many more points. Missing two races was not ideal in such a short championship, but overall I am especially grateful for the level of consistency during the year or during the years, “he said. 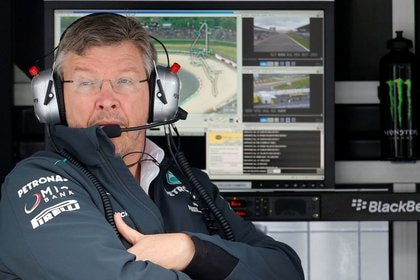 Ross Brawn, director of Formula 1, regretted that the so far representative of Racing Point does not have a team (Photo: Kai Pfaffenbach / .)

Now the future of the Mexican is still uncertain. Also, the arrival of the German Sebastian Vettel as new Racing Point driver it was a warning that Checo’s time in the competition could come to an end.

In this situation, Ross brawn, director of the Formula 1, regretted that the so far representative of Racing Point has no team. He noted that it would be a loss to international competition to let go of one of its best drivers today.

“Pérez did a great performance in Turkey. I have already said before, it would be a tragedy if he did not continue in F1 next year. It deserves a place on the grid, I would say it is more than deserved, “wrote the leader in his blog for the Formula 1 portal.

This is due to the great performance of the Mexican, who holds fourth place in the general classification with 100 points. He is only behind the Dutch Max Verstappen (170 points), the Finn Valtteri Bottas (197) and the English Lewis Hamilton (307). 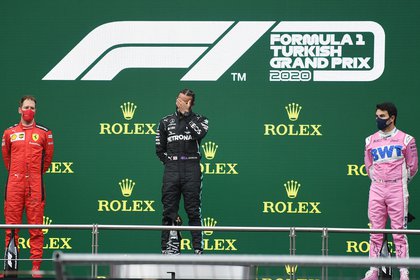 At the same time, is above runners like his own replacement Vettel (13 °) or his Canadian teammate Lance Stroll (11 °). His closest pursuers are the Polish Charles Leclerc (5th) and Australian Daniel Ricciardo (6th), to whom it takes three and four units respectively.

In this context, the former Ferrari technical director sent a message to all the teams that make up the competition. “If your team wants a competitive driver to take advantage of every opportunity, Pérez is your man”he added.

It is worth remembering that Pérez has been linked in several journalistic versions with Red Bull. This because he could take the place of the Thai Alex Albon, who has 70 points in the campaign and has not generated pressure on the first driver, Max Verstappen.

Lewis Hamilton exploded after becoming a Formula 1 champion and fired at his critics: “I deserve respect”

Grand Prix of Mexico: how it has impacted economically in the CDMX