Janina Gavankar shares in an interview her desire to be able to bring the character back to life if asked. 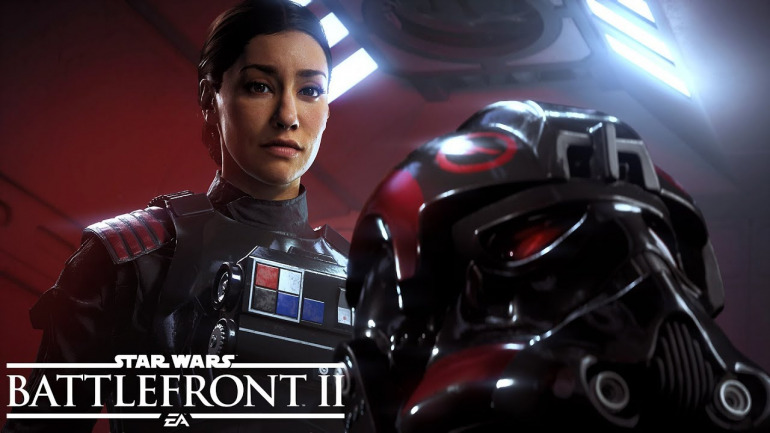 Fans of the Star Wars universe follow the episodes of The Mandalorian very closely every Friday, a series that is bringing to the small screen some characters not seen in real action until now, such as Bo-katan kryze —Interpreted by Katee Sackhoff—, and which also leaves curious winks from time to time. The last, and most hidden of them, has to do with Iden Versio, specifically with the participation of the person in charge of bringing it to life in Star Wars: Battlefront 2, the actress Janina Gavankar, who had a most curious role in chapter 11 of the production.

According to Janina Gavankar herself in a chat with IGN, her mission in the filming of the episode was to give life to one of the two large nostrils of the Mon Calamari in charge of fixing the destroyed ship of The Mandalorian. Gavankar explains that Frank Ippolito, the person in charge of bringing the character to life and donning the outfit, asked for her collaboration as a puppeteer for this curious objective. You can see the Mon Calamari in this video that we attach below in the news.

Beyond this nice curiosity of the last chapter of The Mandalorian, Janina Gavankar shared in her talk with the North American portal her desire to be able to resume the character of Iden Versio in a LucasFilm production, arguing that we do not know much about the life of the leader of the Inferno Squad, a unit of the Empire’s special forces that the players had the pleasure of meeting during the interesting campaign mode of Star Wars: Battlefront 2. However, as The Mandalorian demonstrates, many previously unknown characters in live action of the animated series are coming to life, why not Iden Versio?

You can subscribe to Disney + for 6.99 euros per month

The last multiplayer action and shooter video game in the saga hit stores in 2017, highlighting among its positive points for having a campaign capable of pleasing fans, according to Álvaro Castellano and Mario Gómez in the analysis of Star Wars: Battlefront 2 published on the pages of 3DJuegos. The universe created by George Lucas received a new adventure a few weeks ago, Star Wars: Squadrons.

More about: Star Wars Battlefront 2, The Mandalorian and TV Series and video games.