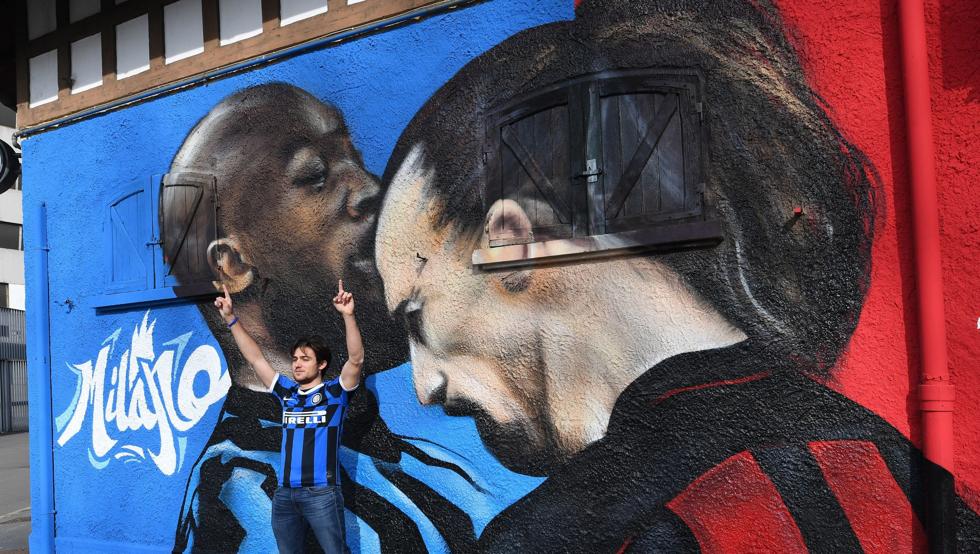 This Sunday the derby della Madonnina returns, a Milan-Inter whose winner will be the sole leader of Serie A. It will also be a duel between Romelu Lukaku (top scorer of the Italian championship, with 16 goals, tied with Cristiano Ronaldo) and Zlatan Ibrahimovic (author until the moment of 14), who on January 26 maintained a ritirrafe that is even the subject of murals in Milan.

It was when Antonio Conte’s men eliminated Stefano Pioli’s men 2-1 in the Coppa Italia quarterfinals. Milan, which receives an Inter who snatched the lead and takes a point out of it, dreams of taking revenge and regain first place.

Not in vain the goal of Milan is to be champion of Italy again a decade later, since its last ‘scudetto’ dates back to 2010-11, under the command of Massimiliano Allegri. Since then, it has always been won by Juventus, no less than nine in a row, year after year the ‘vecchia signora’ expanding its own record. But the wait for Inter is greater: the black-blue team has not conquered Serie A since 2009-10, when they got the treble under the orders of José Mourinho, Champions, Serie A and Coppa Italia.

Stefano Pioli, Milan coach, said this Saturday that “what happened between Lukaku and Ibra is over, there will be a battle but with great respect and sportsmanship” and that if I had to choose between Ibra and Lukaku as my center forward “I would choose Ibra all my life”.

Antonio Conte, for his part, expects “a different derby than in recent years because this time we are playing the lead”. The Inter coach believes that “the two teams are evenly matched, Milan have improved a lot and that is why beating them would be even more important.”