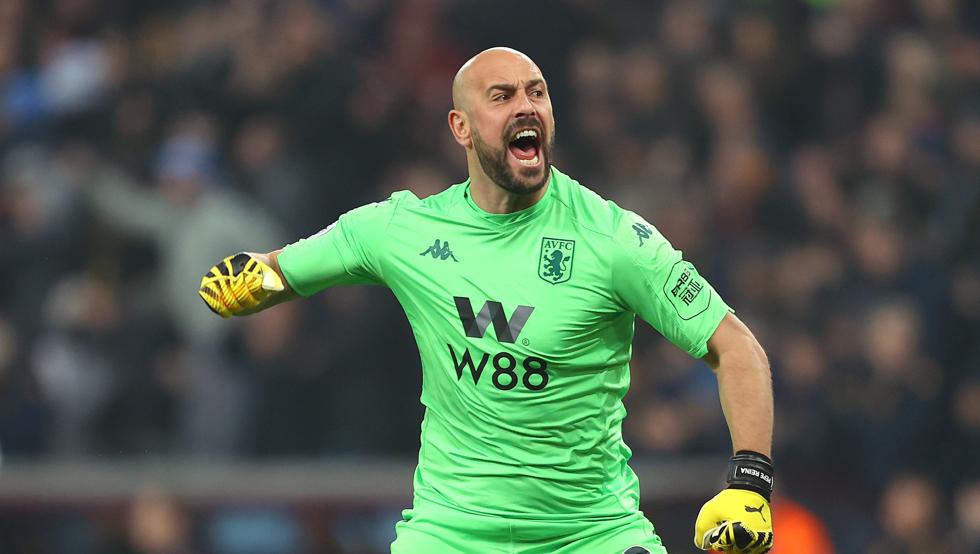 “I enjoy like a kid. Currently I add more than 900 games. I want to reach 1,000,” he said in an interview published this Tuesday in ‘L’Équipe’ the goalkeeper of Lazio Pepe Reina, 38 years old.

In the run-up to taking on another of his teams, the Bayern Munich, in the round of 16 of the Champions League, the Spaniard also recalled that the Champions has a debt with his family: to win the maximum continental trophy. His father, Miguel Reina, was about to win it in 1974 as the goal of Atlético de Madrid and he, for the moment, did not succeed either.

“The Champions League owes us a Cup to the Reina family. If it’s not me, let it be my son, God willing. I hope I can play and win it for all three,” said the Lazio goalkeeper, who lost at the service of the Liverpool the 2007 Champions final against Milan.

World champion in 2010 with the Spanish team, Pepe Reina has led the Lazio, his eighth professional club, to the last 16 of the top European tournament 20 years after the last time. For the Barcelona youth squad, responsibilities and pressure increase with age.

“When you are 18 years old you do not reflect. A failure can condemn you, but you think about it much less than at 38 years old. Over the years, people expect more of you,” he said.

Currently with 176 games in European competitions, Reina only has Cristiano Ronaldo (183) and Iker Casillas (186) ahead.

“Cristiano will play many more games. He is inaccessible. My goal is to overcome Iker, although it must be admitted that he played all or almost all in the Champions League. I have a few in the Europa League, but I am very proud of that number”, Held.

In his two decades as a professional, the Lazio goalkeeper has seen the tactical and technical evolution of his position. “With a game that tends more for goalkeepers to play more with their feet, soccer has evolved into a type of game that benefits me,” he said.

The goalkeeper said that he was about to sign for Paris Saint-Germain (PSG) in 2017 and recalled the final he lost to Milan in 2007, as Liverpool goalkeeper.

“Normally, there is always a rematch but I have been able to have mine, even though I thought I would play another final (of the Champions League). Why not this year? It costs nothing to dream!”