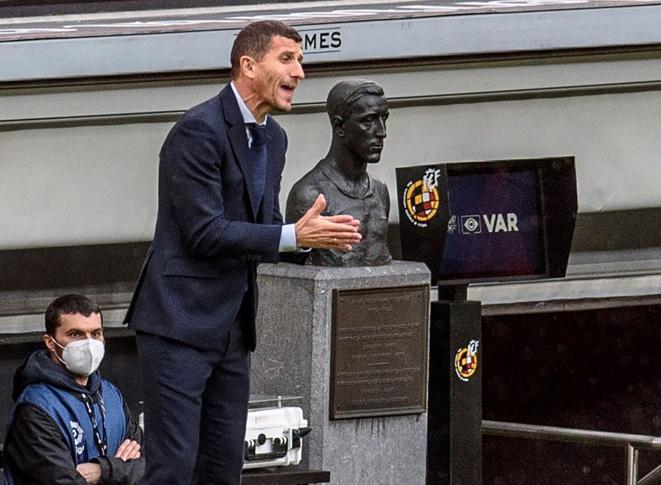 Valencia coach Javi Gracia defended his team, both after the victory this Saturday against Celta de Vigo and others such as the one played against Real Madrid, last day, in which things did not turn out as they wanted.

“I am not going to differentiate some minutes from others. The team has shown they want to get the game forward from the beginning against an opponent who usually has the ball. I think we have been orderly and we have lacked clarity in arrivals. I am not going to admit that it is questioned that the team wants to win ”, he stressed at a press conference.

“I do not agree to generalize the attitude, the last game was very bad and we did not know how to convey the illusion that we had because we did not enter the game but the attitude and commitment has always been maximum although sometimes things do not work out”, assured the technician.

“To say that the best thing this time is the result detracts from the good things the team has done, who have worked and done things to be in a position to win. We have played in superiority but to get there we have to work on it. I prefer to be positive and appreciate many of the things that the team has done well. I prefer to give it value although there are many things to improve because the team needs it ”, he added.

Gracia said he is “optimistic” about the future of the team. “Where we should be, the League will tell us every week and I want to be optimistic, our mentality will be to improve. We will be where we deserve ”, he pointed out.

“I hope that this victory will help us to strengthen our spirits and our confidence. Hopefully it helps us to link a second and a third victory ”, he claimed.

Gracia praised the work that Álex Blanco contributed and especially the Kang In Lee party. “The players agree with themselves. He has been asking for a step for a long time because he is training at a very high level and the competition sometimes means that they do not have that reward ”, he highlighted.

He also clarified that the ownership of Jasper Cillessen after his serious injury was not because they were “unhappy” with Jaume Doménech or Cristian Rivero. “I thought it appropriate to opt for a change in goal as I have opted for Kang In as second striker,” he concluded.