Home>Entertainment>Movies>I, Cristina F. Children of drugs: Trailer of ‘The children of the Zoo station’

Amazon has released the Spanish trailer of ‘The Children of the Zoo Station’, a German production by Constantin Television and Amazon Studios that after its premiere in Germany, Austria and Switzerland last February this Friday, April 9, will be released in 19 other countries and territories around the world by the hand of Prime Video, including the United States, United Kingdom, France, Italy and Spain.

The series, inspired by the novel ‘I, Cristina F. Children of drugs’ and consisting of eight episodes, it tells the story of Christiane F. and her group of friends at Berlin’s infamous Bahnhof Zoo train station, in a modern reinterpretation of the international bestseller. The story of Christiane, her friends, and their dark fall into drug addiction and prostitution shocked an entire generation. Now, the series reinterprets his celebrated memoirs from a contemporary perspective.

‘The Children of the Zoo Station’ follows the story of six teenagers who struggle to achieve their dream of happiness and freedom, leaving behind their families, teachers and anyone who does not understand them. Christiane (Jana McKinnon), Stella (Lena Urzendowsky), Babsi (Lea Drinda), Benno (Michelangelo Fortuzzi) Axel (Jeremias Meyer) and Michi (Bruno Alexander) enter the hectic Berlin nights, without limits or rules, to celebrate the life, love and temptations, until they are forced to recognize that this ecstasy will not only destroy their friendship, but condemn them to the abyss.

“The story of ‘The Children of the Zoo Station’ has been published in more than 30 countries and translated into more than 20 languages, becoming a timeless literary work with a huge following around the world,” said Georgia Brown, Head of European Originals, Amazon Studios. By reinterpreting this provocative story, Constantin Television, Philip Kadelbach and Annette Hess worked very hard to make it relevant to today’s audiences, while still capturing the essence of the original book and characters. I am delighted that we can bring this thought-provoking story to life and share it with our Prime members in many countries around the world. “

In the late 1970s, the shocking true story of a Berlin teenage girl and her friends made headlines in Germany and abroad. The publication of her memoirs, previously adapted into the acclaimed 1981 film ‘Yo, Cristina F.’, brought her world fame.

Her first contact with drugs took place in the 1970s, when she embarked on a journey that led to her becoming addicted to heroin. Together with her friends, also addicted to heroin, she ended up living on the streets and becoming a sex worker in the area of ​​the Berlin station of the Bahnhof Zoo.

Christiane F. then met journalists Kai Hermann and Horst Rieck, to whom she frankly told her heartbreaking story. His memoirs sold more than 5 million copies worldwide, before being adapted for the cinema in the aforementioned 1981 film.

‘The Children of the Zoo Station’ It is produced by Oliver Berben and Sophie von Uslar, with Annette Hess as the scriptwriter and creative producer of the series along with Philipp Kadelbach, also director of all its episodes.

‘The Children of the Zoo Station’ is a Constantin Television (Germany) and Amazon Studios production. Wilma Film (Czech Republic) and Cattleya (Italy) participate as co-producers while Fremantle is in charge of worldwide distribution. In addition, the series has been funded in part by Medienboard Berlin-Brandenburg (MBB), FilmFernsehFonds Bayern (FFF), Creative Europe – Media Program of the European Union, German Motion Picture Fund (GMPF) and the Film Incentive Program of the fund for the cinematographer of the Czech Republic.

Click here to see it on YouTube. This and other trilers you can find on our Dailymotion channel,
or in the section of Movie trailers and videos from the web. 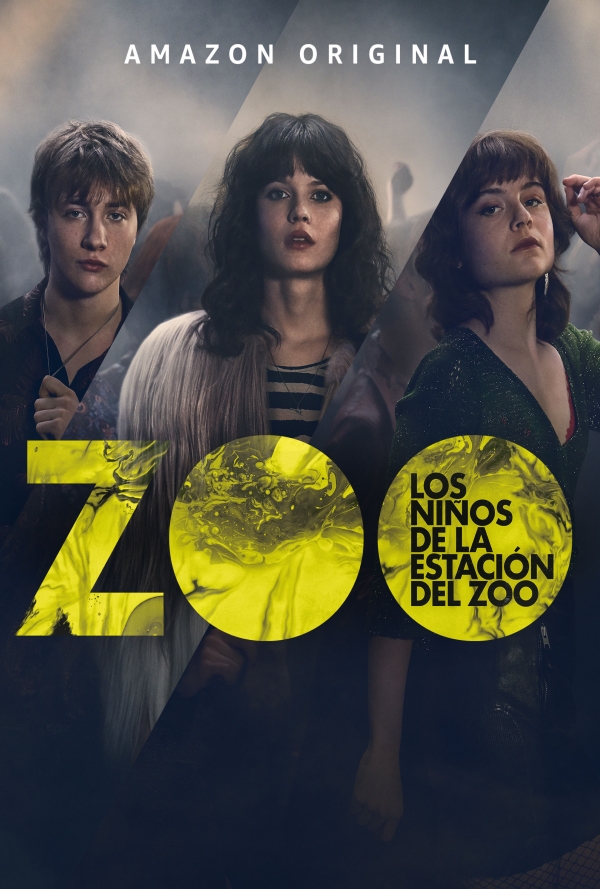