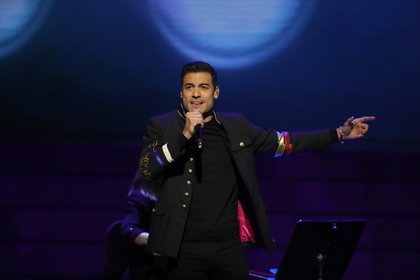 The singer announced that he will not participate after a person close to his team tested positive for COVID-19 (Photo: . / Juanjo Martín / File)

Singer Carlos Rivera will be the great absentee from this year’s Latin Grammys awards since he will not be able to be present at the awards because a member of his work team tested positive for COVID-19, so everyone They had to maintain isolation and carry out emergency tests to be able to confirm if they did not test positive but for safety reasons they decided to cancel their participation.

It was through his Instagram account that the singer confirmed his departure from the project and wished Ana Brenda Contreras, Yalitza Aparicio and singer Víctor Manuelle good luck who will stay with the role of conductors in the award ceremony.

As reported by Carlos Rivera through the message he sent on Instagram, he will keep an eye on what happens to the health of the members of his team and assured that he will not leave and it will quarantine until it can ascertain that it is not a risk to other people or to anyone else. 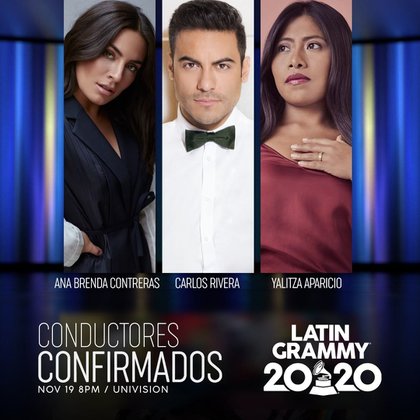 This was the message that Carlos Rivera gave:

How about my people, here Carlos Rivera, with a piece of news that fills me with great sadness: Unfortunately yesterday a person very very close to my team. As you know since this pandemic began, I was the first artist in Mexico to cancel a concert to take care of all the people, the people who follow me and the people who work with me.

Despite the fact that the singer assured that during the tests he tested negative, he chose not to participate so as not to present a risk both to his colleagues and to the creative and production team of the show, so he cannot be present, He thanked the invitation and said that he regrets having canceled his participation in the most important music awards:

On this occasion, despite the fact that I tested negative, I cannot put anyone at risk, especially my colleagues Ana Brenda and Yalitza or the entire team that surrounds us, production, musicians (…) It makes me very sad not to be able to be there but the most important thing is to take care of ourselves and above all to take care of others and in an act of responsibility I cannot be there and I have to follow the established protocols 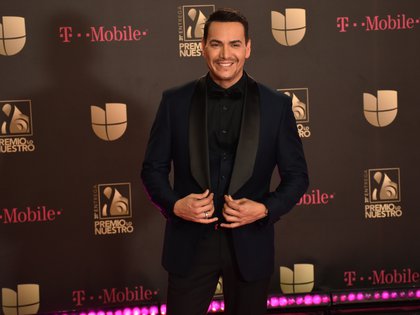 The actor will be replaced by the American singer Víctor Manuelle, and he gave a very strong greeting to the three conductors, assuring that they will have a magnificent performance and finally commanded A message to his followers in order that they continue to take into account the protection measures to avoid getting COVID-19:

Nobody expects this to happen to us but we are all exposed and I have to let a few more days pass to know that I am not a risk factor (…) I wish all the best to my dear Víctor Manuelle who will stay in my place and I send a greeting and a hug to all three, I will be watching you supporting you a lot

The Latin Grammys Awards will take place tomorrow, Thursday, November 19 and will begin at 7 pm through channel 5 and in a paid version through TNT.

“It has not been easy to get to where I am”: Yalitza Aparicio prepares for her first time as host of the Latin Grammys

“You always have to leave a grain of sand”: Los Tigres del Norte sent an important message to new generations

“Hopefully we always take care of our words”: Ximena Navarrete’s hint to Lupita Jones in the midst of the controversy with Sofía Aragón

This Wednesday the last Groups were defined. In addition, Bosnia, Iceland, Sweden and Switzerland were downgraded, while Austria, the Czech Republic, Hungary and Wales achieved promotions to Zone A

This Wednesday the last Groups were defined. In addition, Bosnia, Iceland, Sweden and Switzerland were downgraded, while Austria, the Czech Republic, Hungary and Wales achieved promotions to Zone A

From November 18 to 20, rain and strong wind are forecast in regions of Campeche, Chiapas, Oaxaca, Tabasco, Veracruz and Yucatán

From November 18 to 20, rain and strong wind are forecast in regions of Campeche, Chiapas, Oaxaca, Tabasco, Veracruz and Yucatán