Jon rahm said 24 hours before starting his way to glory in Torrey pines: “I believe in good karma. I think good things happen to good people. I think that the Memorial still happened for something and that there is something good waiting for it later, it is not this week, but it will come. Well, it came, and in what way.

Jon Rahm first Spaniard in the 121 editions of the US Open, champion of third Grand Slam on the calendar. His first ‘big’ with 26 years, 7 months and 10 days. His sixth contest at the US Open, second top 10 at this Open, in 108 tournaments on the PGA Tour. His sixth victory on the American circuit, his 51st top 10 and 11th in 18 tournaments this 2021. Brutal. Only Tiger Woods, Tom Kite, Jack Nicklaus Y Ben hogan they have won a PGA Tour tournament and a Grand Slam on the same field. Good date.

It is the ninth ‘major’ that conquers the spanish golf. It happens on the list at five of Seve Ballesteros (three British Open and two Masters), the two Masters of Txema Olazábal, and Augusta’s green jacket from Sergio garcia in 2017. Four different players and three different majors. The only thing left to do is win the PGA Championship.

Interestingly, until this Sunday, June 20, 2021, only one Spaniard had led the US Open in its 121-year history. It had been Seve. He did it twice, on the first and third day of 1983, at Oakmont. 38 years and a day have passed since that third day. That’s how long it took Jon to pick up the baton left by Pedreña’s genius.

“I told Adam (his caddy) when we were on the last holes. With two ‘fours’ and two ‘threes’ in the four remaining holes, we won the tournament. I know that the US Open is a tournament that is often won by making fewer mistakes, but I also know that you have to go for the Grand Slams, you have to attack if you want to win them and that is what I have done in the last holes ” Jon said excitedly.

In Torrey Pines, undoubtedly her favorite place in the United States, she won her first tournament on the PGA Tour, got engaged to Kelley, celebrated her wedding and year, and four months later she was able to hug her parents again, whom she had not been able to. see from his American wedding in February 2020 for the pandemic (he held one in Bilbao in December 2019). Also there was his son Kepa, just over two months old. “It is very nice to have won this tournament with three generations of Rahm on the field: my father, my son and me. It’s very exciting”. 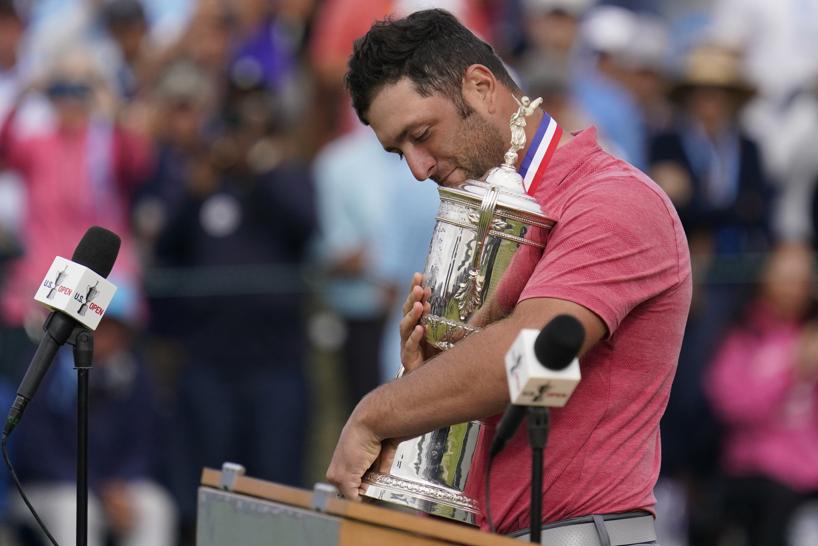