Elena went to First dates this Wednesday in search of a man for “a stable relationship, but each one at home”, a comment that surprised Carlos Sobera: “Are you going to tell your date?” he asked the Madrilenian, who answered in the affirmative.

“I tend to be very successful on the dating pages because my chest attracts attention, I know it and I exploit it”Elena stated in her presentation. “Guys in their 30s, 35s and 40s try to pick me up every day”he added.

And he explained that “They tell you some tremendous movies to stay … Much more of those ages than over 45, which is what I’m looking for because I love men with gray hair. “

“In love relationships I have had very bad luck because I have always given more than I have received. The problem that chubby women have is that there is a lot of cynicism and hypocrisy, everyone wants you for bed, but no one wants you by their side, as they are ashamed to be with you“, affirmed the Madrilenian.

Your date was Francisco, which was defined as “A classic person and, at the same time, modern, up-to-date and jovial. I like to dress up a bit, be correct, clean”. At the bar he met his date on the Cuatro program, but from the beginning they did not get on.

Both from Madrid, she from San Blas and he, from the Salamanca district: “Everyone can live where they find, but He was seen from the right three kilometers away. Political ideology doesn’t matter to me as long as it doesn’t get into the conversation. “

At dinner it seemed that they were approaching positions, but with the scratches of love … they finally moved away again: “Francisco does not fit with my way of being “Elena said during the evening.

In the first one, they had to name their favorite politician and The Madrilenian pointed out that she had none, but that she was on the left, something that the commercial agent did not like: “I could not be with a person of that ideology”.

They also did not agree on having an open relationship: “I am very traditional and conservative, I would not have it,” said the Madrilenian. But, after listening to him, Elena claimed that her date was “a caveman, that kind of relationship doesn’t enter her head”.

“I’ve seen him so dull and so boring. I haven’t seen any spark and I was looking forward to leaving.”Elena commented, while Francisco admitted that “nothing about her has squared me, I’ve had to put up with politeness and respect, but I don’t even want a friendship“.

After these comments from both, in the end they decided they had nothing in common to have a second date outside the doors of the First dates restaurant. 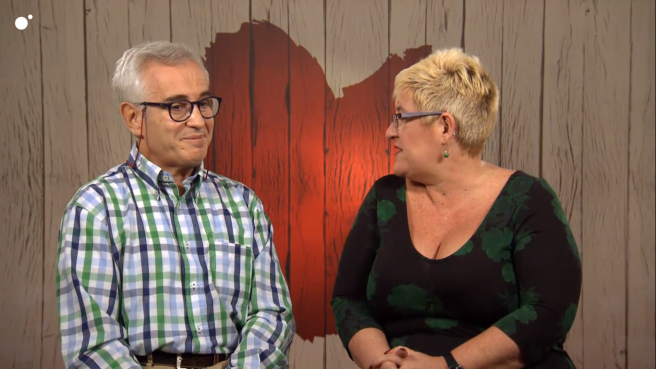