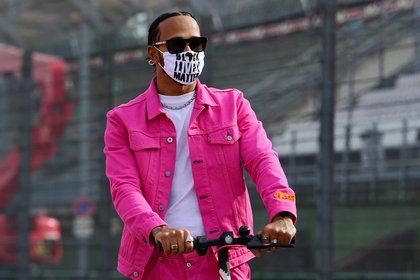 Hamilton has not yet announced his continuity at Mercedes (Photo: .)

Lewis Hamilton had the chance to go to Ferrari. Those rumors that ran in different parts of his career were confirmed by the British pilot himself during an interview he conducted in the last hours. “Our positions never aligned. I think time matters and things happen in the end for a reason ”.

The seven-time world champion was on the radar of the historic Prancing Horse team even last year, as he negotiated the extension of his link with Mercedes, something that is happening again this season. “We spoke from time to time, but we did not go beyond understanding what options were on the table and were not the right ones. In the last seasons my contract always expired in different years from the rest of the riders. In the end it was like that ”, he told the Italian newspaper La Gazzetta dello Sport about those conversations he had with Ferrari.

The successful 35-year-old British racer also provided details of his departure from McLaren and the arguments that motivated him to accept Mercedes’ proposal. “In Mclaren I grew a lot but they had certain expectations about how a pilot should behave and contrasted with the fact that I’ve always been a stranger, a nonconformist”, He pointed out about that team that sheltered him in 2007 and in his first season he saw him come out second behind Finn Kimi Räikkönen, champion with Ferrari.

Lewis claimed his first Formula 1 title the following year, but finally decided to take an unexpected leap for 2013. Mercedes didn’t seem like the best option for the Briton on an automotive level, but there was something that gave him the boost he needed: “Before to sign with Mercedes I said: ‘Look, I’m different from the others. Let me be myself, let me experiment because I have to discover who I am. In any case, I help you and make the brand grow in the world of young people ‘. And that’s what happened”. 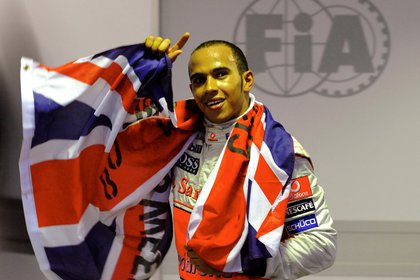 The story that followed was well known: in 2014 he won his first title and reaped a total of six crowns from that year until this season. Only his partner in 2016, the German Nico Rosberg, managed to cut his hegemony relegating him to second place in the table.

With three races remaining until the end of the year, Hamilton secured a new trophy for his showcases and now all eyes are on his contract: should announce the renewal with Mercedes, taking into account that the link ends this season. Although it is expected that he will remain in the German team, everything is a mystery until that agreement is finally made official.

Lewis Hamilton exploded after becoming champion of Formula 1 and shot his critics: “I deserve respect”

With Juan Manuel Fangio in the TOP 5 and Hamilton at the top, this is the ranking of the most winning champions in F1

Lewis Hamilton’s relationship with his father: from mortgaging his house several times to pay for his career to “breaking his heart” and being more than a year without speaking