The development of the tuning of the new IONIQ 5 continues with the programmed plans, meeting its deadlines to the letter, although it has already entered its final stretch. The South Korean brand, which will unveil the new electric crossover in January 2021, recently announced the opening of advance sales.

Hyundai will follow the same sales strategy as its European competitors with the new IONIQ 5. The Korean brand has the plan to introduce the new generation electric crossover next January 2021, though unit deliveries and arrival at dealerships will be delayed until well into the second half of the year brushing 2022.

The South Korean brand will not shed the heavy camouflage until debut, except leakage in a photo shoot as manufacturers are used to. Some details of the design of the first IONIQ model have already been revealed, mainly the front or rear light clusters, part of the interior or one of the more sophisticated optional equipment that will allow it to distinguish itself from its more direct competitors. 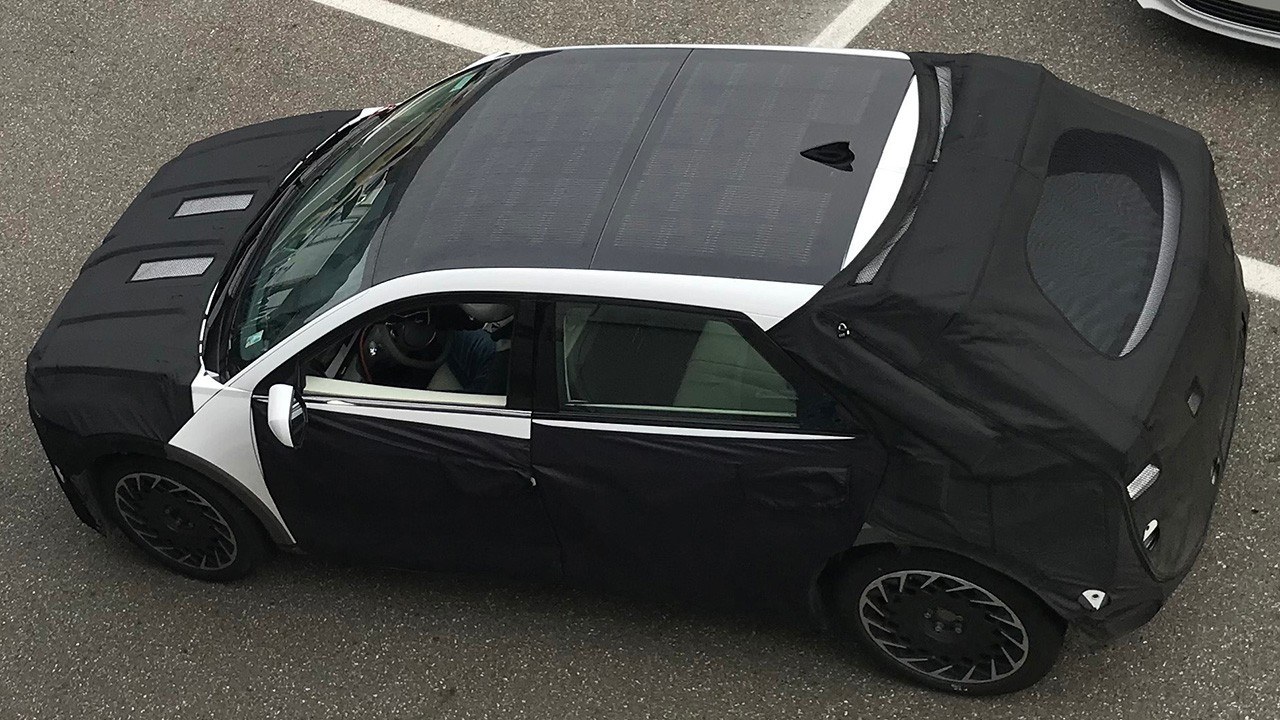 Detail of the solar cell panel of the new IONIQ 5, an optional electric crossover

The IONIQ 5 will be the Hyundai Group’s first new-generation electric to arrive, early 2021

Is he roof panel packed with solar cells one of the most interesting gadgets, but also the system of 800 Volt load, today only within the reach of luxury and very high-performance electric cars, a technology that South Koreans are taking care to reduce considerably for more general sustainable mobility products. An important advance that allows recharge a battery to 80% in just 20 minutes.

The IONIQ crossover also has equipment as advanced as the exterior rear-view cameras, instead of conventional mirrors, offered as an option in Europe and in other markets where this system is approved. A democratization of technologies that the South Korean parent company will offer in one of the most ambitious models, such as its 500 kilometers of maximum autonomy.

The firm has not given data on the technical scheme it will offer, but it is expected two versions, with one and two electric motors and, therefore, with all-wheel drive that will work in low grip situations or when sportier driving is demanded. Hyundai already confirmed last September during the Greentech Festival conferences held in Germany its intention to open the order books before the end of 2020.