Home>Sports>Motors>Hyundai Pony EV Heritage, come from 1975 to go to the electric side of propulsion

On the other corner of the planet, Hyundai has opened a new studio in Busan, Korea, and celebrates it with a short walk through the center in the form of an exhibition showcasing the company’s design heritage. Within that sample you can see a curious model of which the brand had not mentioned anything, until now. We talk about Hyundai Pony EV Heritage, a 1975 restomod that goes to the electric side of propulsion.

While four-wheel drive enthusiasts have mixed views on the cultural influence of electric vehicles, there is one aspect of electrification that is fantastic: the potential for restoration and modification. Despite the historical appeal of driving vintage cars, they are often slow, with ridiculously long stopping distances and a lack of equipment features that many people today would find unacceptable. They offer a different driving, yes, but not for that better. 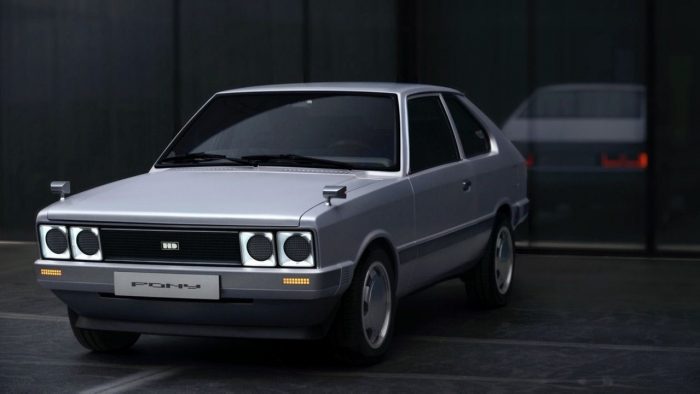 This is why we have also started to see some manufacturers embrace the fundamental concepts of restoration and modernization (restomod) and add electric propulsion. Some executions in fact even push the boundaries of what we could effectively call automotive restoration, such as Hyundai’s Pony EV Heritage. Because, really, what you see on the screen it is the first production car which led the company to be known in other countries of the world beyond its homeland in Korea.

Based on the first generation Pony (which Spain never saw), the EV Heritage uses a mysterious electric propulsion system and some new equipment without actually damaging the bodywork signed by the famous Giorgetto Giugiaro, from Italdesign. The car itself is supposed to be a tribute to the Giugiaro and the firm’s first official product, as well as an opportunity to show what Hyundai’s current design department can do. And looking at it, there is no doubt that they have succeeded on all fronts.

Sadly, it’s more of a work of art (technically from the collection “Reflections in Motion”) than in a prototype that the brand is considering for future production. The ’70s Pony has been completely gutted to make way for modern trims, and the interior has received a near complete overhaul. On the outside we can see some headlights that are inspired by the Ioniq 5 (which is also inspired by the Pony), the replacement of the rear-view mirrors by cameras and some beautiful classic-looking alloy wheels.

Once inside, instead of a traditional instrument cluster, Hyundai’s chief designer, Hak Soo Ha, ordered staff to install Nixie tubes. While not the most practical, it has to be said that cathode displays could have become a production thing for cars starting in the 1970s, assuming the manufacturer was insane enough to ignore their finesse. Other upgrades include a refreshed upholstery and some newly made trim pieces. 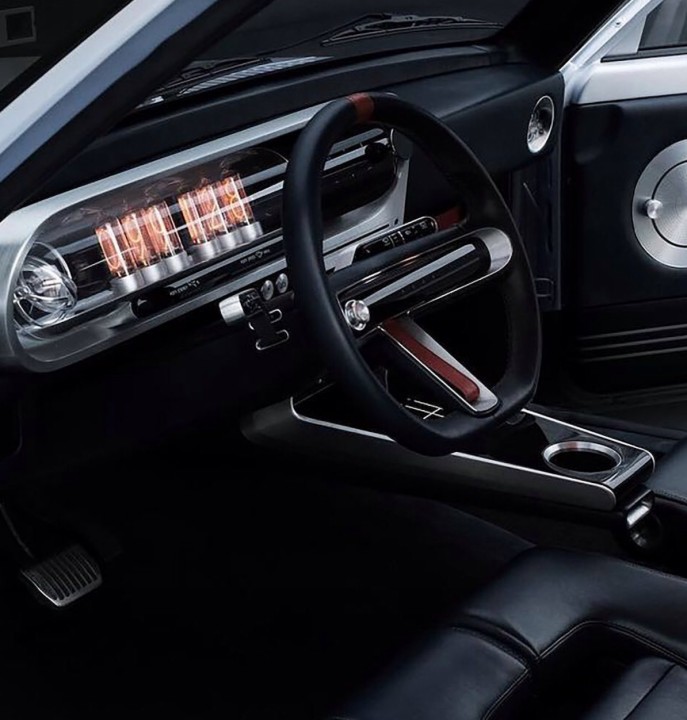 As for its powertrain, the Pony EV Heritage apparently runs on a mysterious electrical setup. If that’s the case, it’s likely cobbled together from the innards of a Kona Electric or Ioniq saloon (the current one, not one of the upcoming models under Hyundai’s new sub-brand). And to see, 136 hpand 295 Nmseem adequate figures for a compact three-door like this, which in its times of gasoline burner barely delivered 68 hp and marked a weight on the scale below a ton. 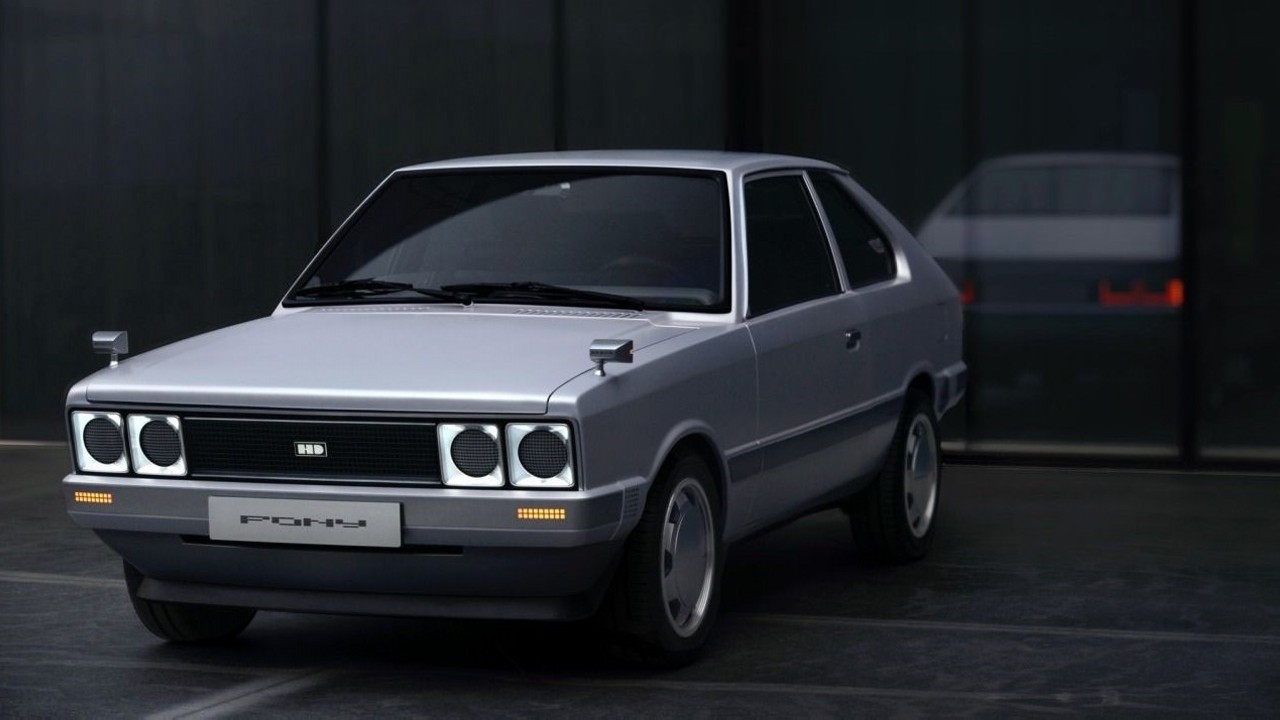