Zelda and Link’s new adventure is out now, albeit a bit different. Hyrule Warriors: Age of Cataclysm (You can read our analysis here) proposes us to go back to the past and live the war that gave rise to The Legend of Zelda: Breath of the Wild. And for a game in the Warriors series, it is common for there to be many characters available to fight. But how do we get them? In this short guide we show you how to unlock all the characters available in Hyrule warriors: the age of cataclysm. We warn you first that the following content is SPOILER, so you must be careful.

In the case of the protagonist, it is usual for him to be the first to appear. Link is available after passing “The Battle of the Plain of Hyrule”In Chapter 1. 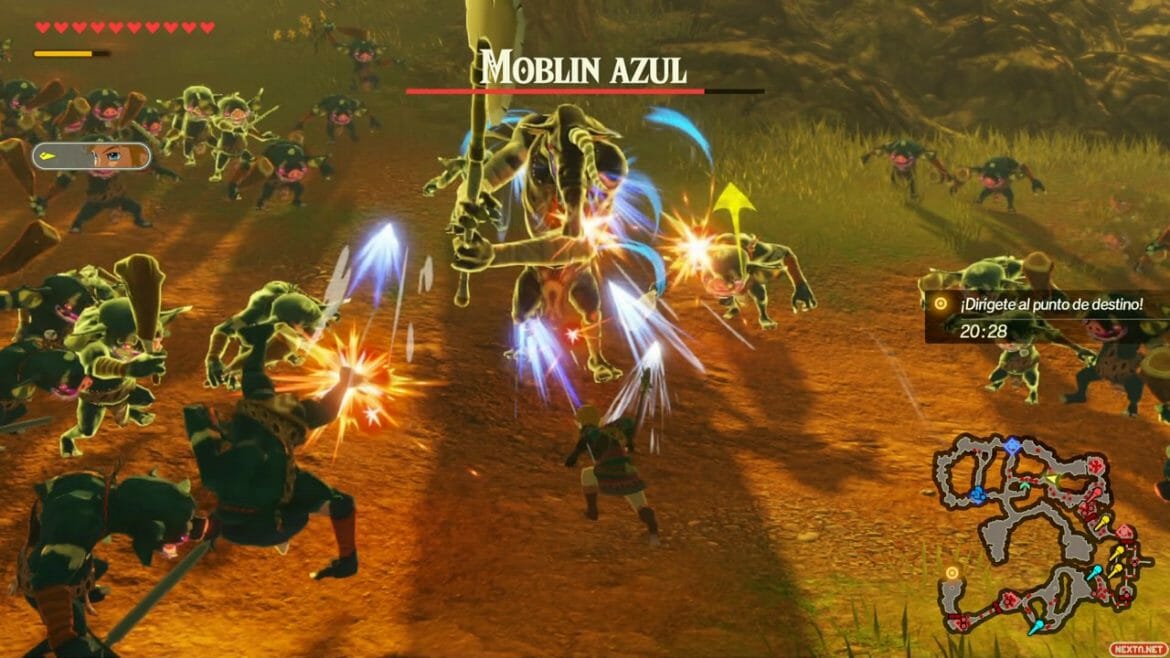 After his encounter with Link, impa joins the fight. Unlocked after “The Battle of the Plain of Hyrule”In Chapter 1.

The princess decides not to sit idly by and fight alongside her comrades. Zelda is unlocked after “Way to the lab”In Chapter 1.

Princess Zora puts her healing powers at the service of her kingdom. Mipha is unlocked after overcoming “Mipha, princess zora”In Chapter 2.

The passion of the goron is as fiery as the volcano, and Daruk proves it in combat. Unlocked after “Daruk, the goron champion”In Chapter 2. 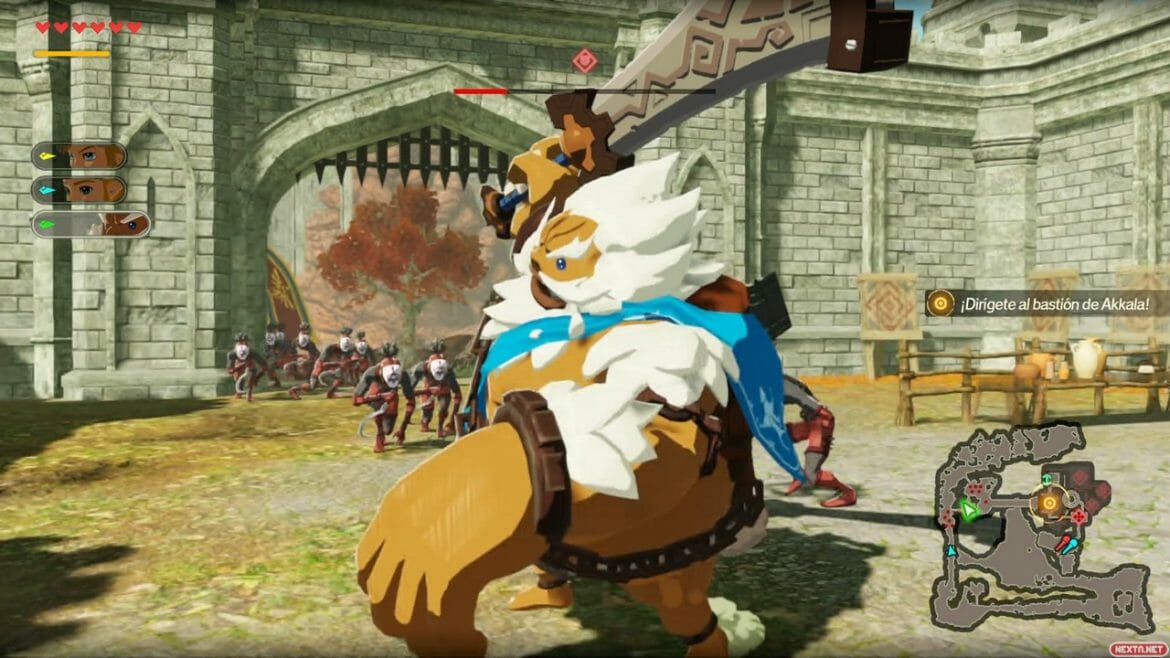 He may be superb, but his flying and archery skills are exceptional. Revali is unlocked after “Revali, the orni warrior”In Chapter 2.

The leader of the gerudo uses the power of the desert and lightning to defeat her enemies. Urbosa is unlocked after “Urbosa, the Gerudo matriarch”In Chapter 2.

This cheerful tree fights to the rhythm of the music of the forest. Unlocked after “Liberation of the Kolog Forest”In Chapter 3.

One of the monks of the sanctuaries who proposes a challenge to us to gain their trust. First, we have to deliver the necessary objects in the three errands “Ancient power: fearsome enemy“,”Ancient Power: Monsters” Y “Ancient Power: Stones”(Which are unlocked by advancing in the story). Then the challenge “The trial of the ancestorsIn which we fight the monk. It is unlocked by beating it. 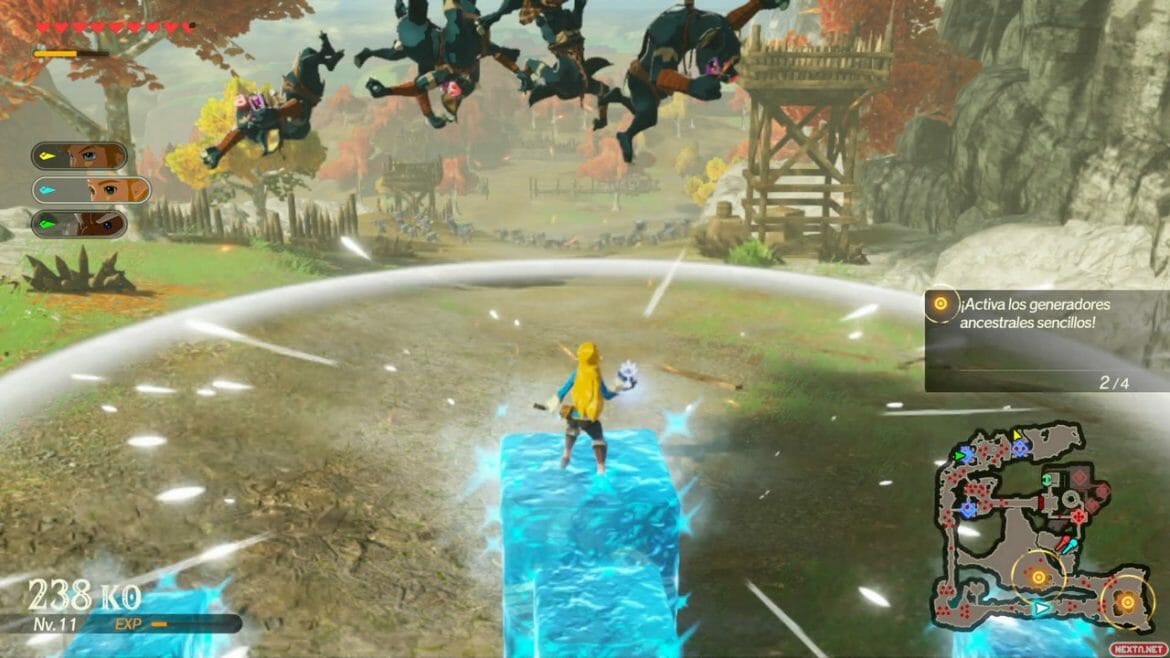 The young leader of the gerudo travels from the future with Morselia to rescue her ancestor. Riju is unlocked after “Battle for Western Hyrule”In Chapter 5.

A great Orni hunter who worships the great Revali and comes from the future to fight alongside him. Teba is unlocked after “Battle for Western Hyrule”In Chapter 5.

Princess Mipha’s brother and one of the fan-favorite characters travels from the future to rescue his sister. Sidon is unlocked after “Battle for East Hyrule”In Chapter 5.

A little fearful, this young goron will have the honor of fighting alongside Daruk. Yunobo is unlocked after “Battle for East Hyrule”In Chapter 5.

Seeing the world and his clan in danger, Kogg puts himself at the service of Zelda’s army. Unlocked after “Battle for the fortress of Hatelia”In Chapter 6. 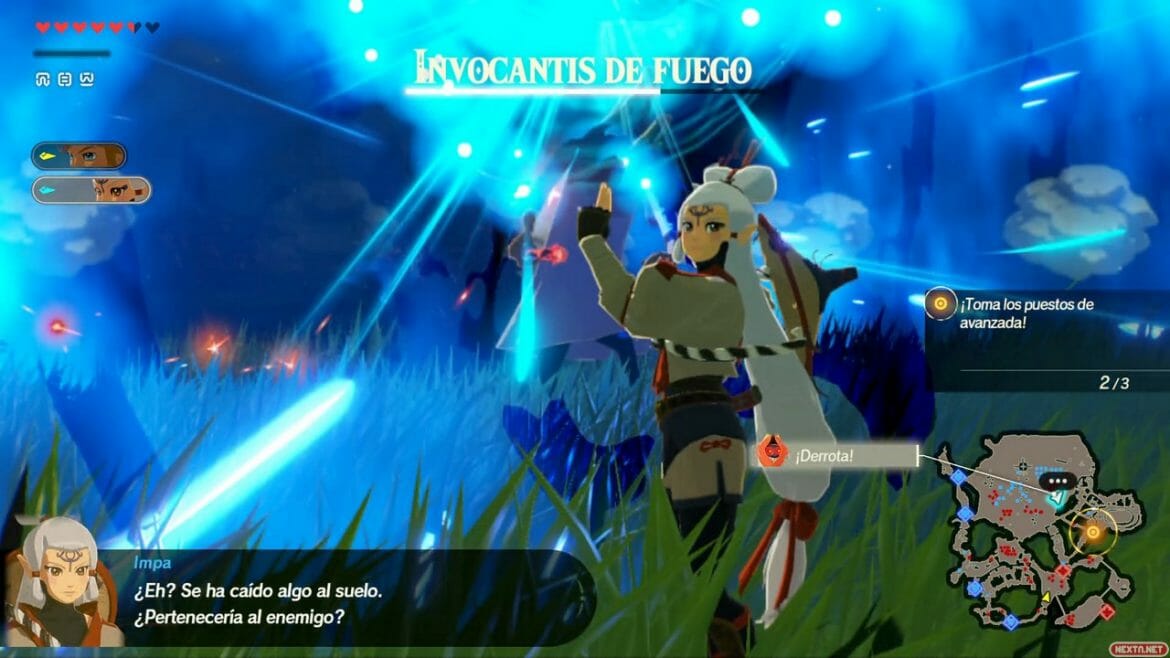 Tough-looking, the King of Hyrule brandishes his great sword to save his kingdom. Unlocked after “Battle for the Plateau of Dawn”In Chapter 7.

The little guardian from the future, who caused the events of the game. First, you have to complete the story, after which the message “The return of Terrak”In which we must deliver 50 pieces. These pieces are scattered around Hyrule in the form of other errands and challenges. After gathering and delivering them, we unlock Terrak. 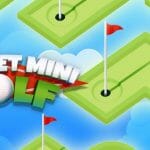 “The eye that sees everything” (2 pieces)

“From the snowy peaks to the desert” x5

“The expedition of Zelda” (5 pieces)

“The Song of the Struggling Kogg” (3 pieces)

“The cemetery of guardians” (3 pieces)

Oddly enough, the greatest danger in all of Hyrule can also fight alongside Link and Zelda. After beat the game and complete challenges little by little, we unlock the challenge “Eradicate the wrath of Ganon”. After overcoming it, you have to complete “Mysterious beings“, Which unlocks”Showdown against Aster“, and finally, “Against the cataclysm”. Ganon is unlocked after clearing this last mission.

And here comes our guide to unlock all the characters available in Hyrule Warriors: Age of Cataclysm.