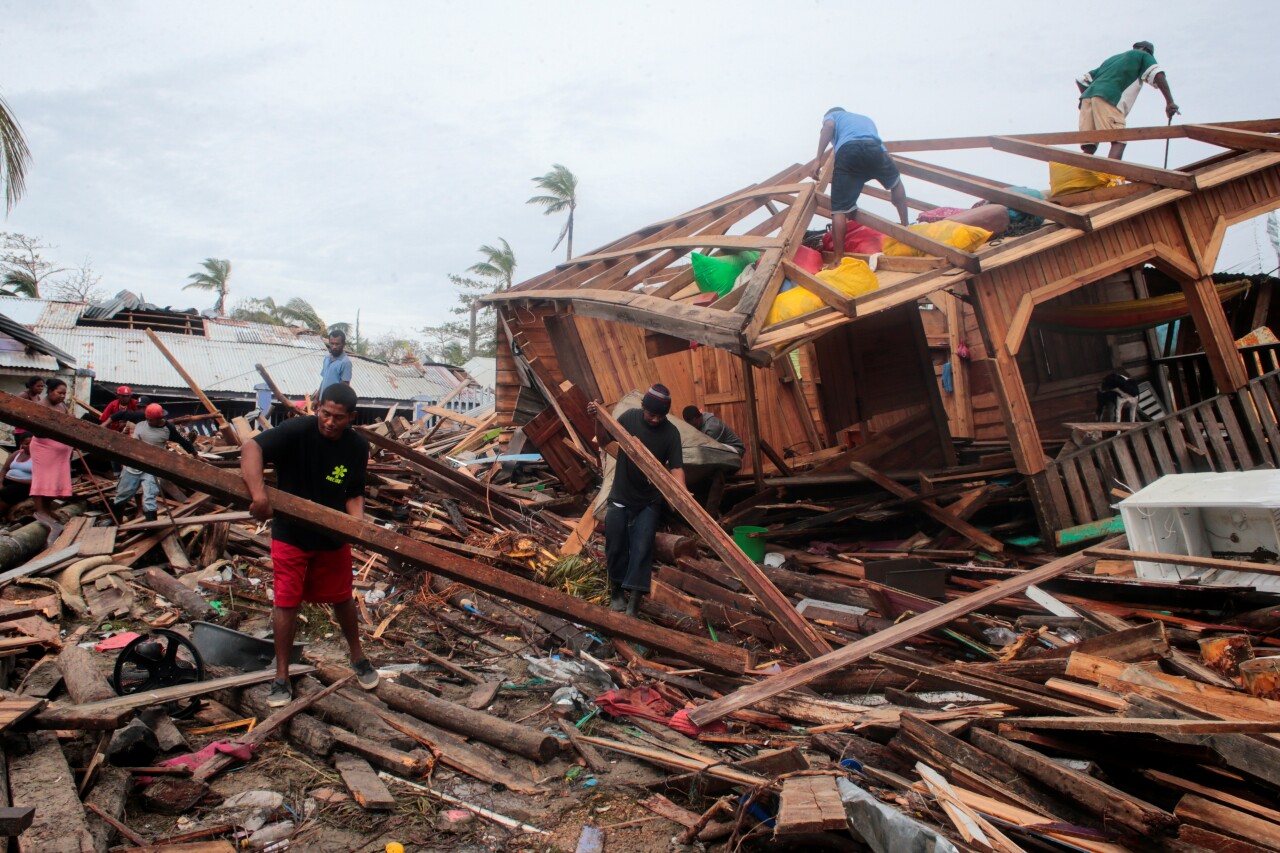 According to the latest update on Iota from the National Coordinator for Disaster Reduction (Conred) of Guatemala, 131,298 people have been affected by rains and floods in this country, including 6,469 evacuees and 4,027 people in government shelters.

In addition, according to the same source, 1,329 homes have been damaged throughout the territory as well as 14 highways and 17 bridges, most of them in northern Guatemala.

The manifestation of the climate crisis

The current Atlantic hurricane season has broken records for the number of named storms, which now number 30 after the appearance of Iota. Some scientists point to the increase in ocean temperatures as a culprit due to human-caused climate change.

“Iota and Eta are part of the climate change blow in Central America, which in a few days has left mourning and destruction,” Mauricio Sermeño, coordinator of the Salvadoran Ecological Unit NGO, told ..

The ecologist warned that the impact of meteorological phenomena “cannot be mitigated with few resources,” so he called on the international community to help Central America.

The OAS on Wednesday called on international financial and development institutions to provide quick access to resources for countries affected by the two storms for humanitarian and reconstruction work, two days after the presidents of Honduras, Nicaragua, Guatemala and Costa Rica They will cry out for international help in the face of the devastation caused by the hurricanes.

“The lesson that Iota and Eta leave is that governments have to alleviate the poverty that makes millions of people vulnerable because, in the absence of resources, they build houses in vulnerable areas,” Sermeño summarized.

With a little more than 520,000 km2 and 50 million inhabitants, Central America usually suffers the passage of hurricanes that form in the Caribbean, in addition to the thirty active volcanoes and the constant earthquakes for being part of the Ring of Fire of the Pacific Ocean.