The new generation of the BMW M2 has just started its test program. These are the first spy photos of the BMW M2 2023, the successor to a compact sports car that has a very high bar to overcome. Completely camouflaged, the four spherical exhausts is one of the details that has given it away.

These first images show one of the prototypes of what is the first sports model in the BMW M range, with the same level of camouflage as the conventional versions. Seen from the front, there is not a single detail in sight that certifies that it is the new BMW M2 2023, with the mesh mesh covering the lower section of the bumper. Something normal when it comes to an earlier stage of development in this particular modelNor are the rear-view mirrors temporary. 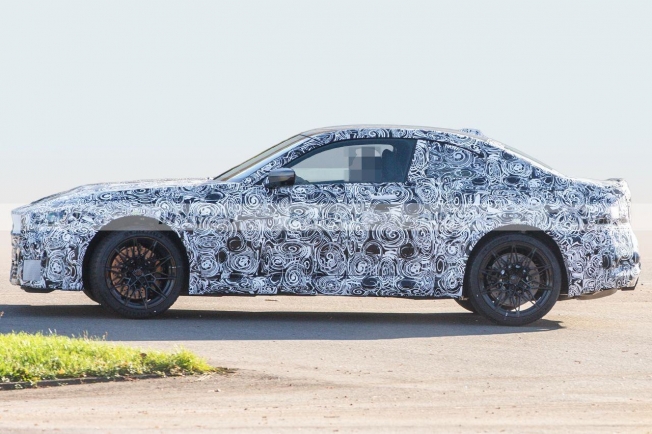 But the thin multi-spoke alloy wheels that are typical of BMW M are already a very differentiating and special element, as well as the large visible brake discs on the front and rear axle, all perforated. One more indication that we are not facing the sports variant of M Performance in the range of the BMW 2 Series Coupé.

It is the rear view that definitely gives away the prototype of the future BMW M2 with the four spherical exhausts, grouped in two pairs, revealing the large muffler below the bumper. In addition, from the rear view you can also see the wider front and rear tracks, with the classic “fatter” fins to cover up the larger alloy wheels and tires.

Under the body of the future G87, there is a shortened version of the CLAR propulsion platform of the older brothers, so that both the Series 2 Coupé and this future sports car will have the driving dynamics and chassis tuning of the new M3 and M4. And of course also the same 3.0-liter TwinPower Turbo six-cylinder engine, which will offer a maximum power of 450 hp. The German firm will also offer the “Competition” and “CS” versions before 2025. 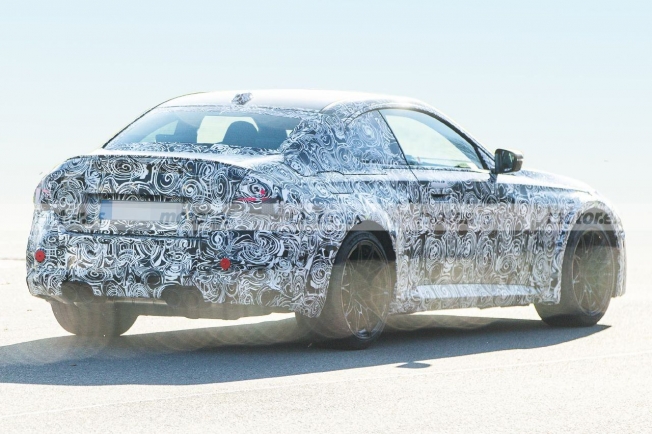