Last blows in the tests of the new Mercedes C-Class 2021. The new generation of the saloon is losing camouflage, although it still maintains more compared to other spy photos that we have seen. These test units are currently testing new, level 2 security assistants.

Mercedes continues to test autonomous driving, testing different systems of this technology, taking advantage of the prototypes of the new Mercedes C-Class 2021. The new sedan has been hunted at the very door of the Sindelfingen headquarters, where this generation will be manufactured and also the research and development center of the star firm.

The spy photos show a prototype of the C-Class Saloon with the front and the back camouflaged, although the layers of vinyl are more numerous than in other spy photos we have seen in previous weeks. Despite this, it is possible to see clearly the shape of the headlights, the position of the LED daytime running light on the top edge or finish of the radiator grill. A test unit that is also being used to test autonomous driving devices. 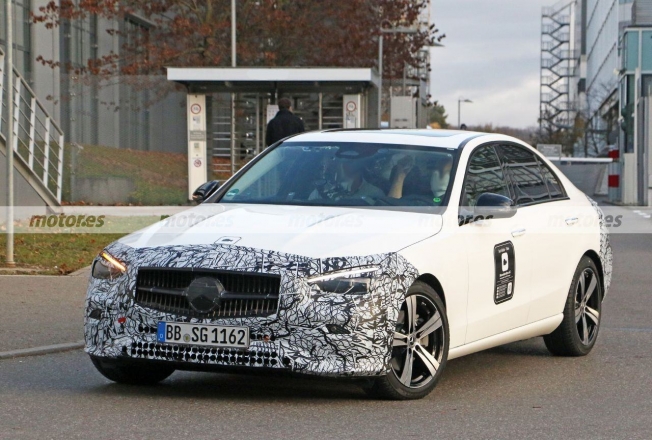 Just look at the recording warning stickers, the front sensors exposed between the camouflage of the bumper and the paraphernalia of appliances and cables It presents on the dashboard and the upper edge of the windshield. Some tests to finish adjusting the new driving assistants that the star model will offer.

From behind, the one known as W206 has also lost some layers, allowing itself to be seen very shyly part of the central section of the pilots, with a design that will follow the same style seen in the new S-Class. A more modern, sporty and elegant style as it characterizes the German firm, and that we will also see in a more avant-garde interior that breaks schemes with the competition, with the center console converted into a large touch screen up to 12.8 inches.

The new C-Class will be presented in the spring, opening the order books immediately for the first units to reach dealers from the summer in Germany and in autumn 2021 in the rest of Europe. A range of four-cylinder only gasoline and diesel engines, with two plug-in hybrids planned for the second half of 2022. 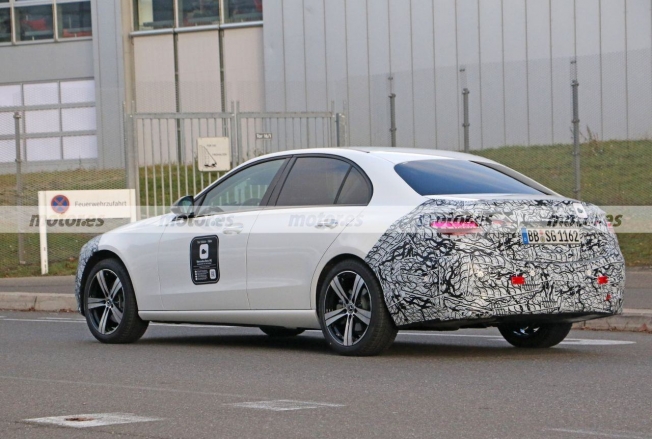