Carbon is a big problem in diesel engines, causing saturations in the particulate filter and clogging EGR valves in cars that usually circulate in the city, or that only make short trips. One of the best ways to remove the carbon is to circulate at a high speed for a while, and accelerate the engine with force, seeking to increase the temperature of the exhaust gases. Of course, removing the carbon from the engine does not imply driving a Volkswagen Touareg R50 TDI at 208 km / h and is not a valid excuse for the police.

The accumulation of carbon is a real problem in diesel cars that only do city or short trips.

The economic fine of 600 euros is the least of our problems: as it is a crime against road safety, we will go to court and we may suffer driver’s license withdrawals, and in recidivist or especially flagrant cases, including imprisonment for a period of three to six months. When the driver was intercepted by the Navarra Provincial Police shortly after being “photographed”, he alleged, according to the Police Tweet, that he “wanted to remove the carbon” from the engine of his sports SUV.

In full countdown to the launch of the third generation Volkswagen …

In the photo we can clearly see that it is a Volkswagen Touareg R50 TDI. Volkswagen’s first sports SUV featured a 5.0 V10 TDI pump-injector engine. This engine developed 351 hp and a tremendous maximum torque of 850 Nm at just 2,000 rpm. It accelerated from 0 to 100 km / h in 6.7 seconds and had a speed tip rated at 235 km / h. Reaching 208 km / h would have possibly required a certain run. And of course, like a good modern diesel engine, it can suffer from carbon build-up. 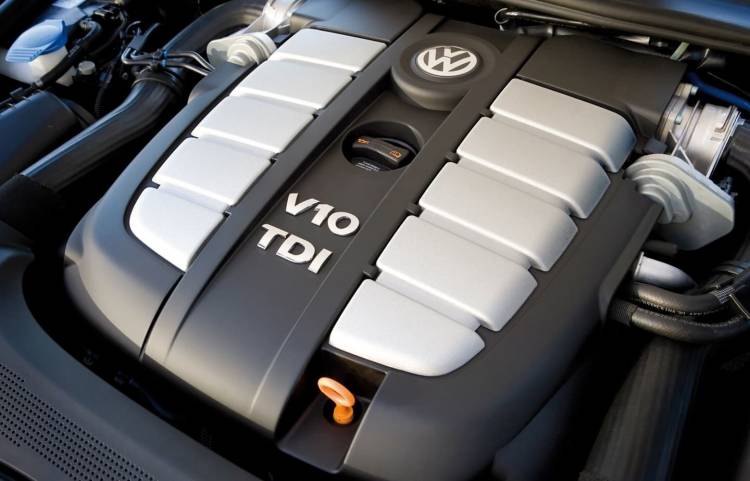 The Touareg R50 TDI was sold between 2008 and 2010, at the height of diesel in the Volkswagen Group.

However, it is possible to eliminate it without resorting to high speeds, in areas with the presence of mobile speed controls. By blocking a lower gear in the automatic gearbox – like third or fourth – we can achieve the same effect without risking a jail sentence. The Italian “set-up” is compatible with keeping the driver’s license intact.