The fragmentation of their habitat and catches as companion animals are some of the main threats of the Zanzibar red colobus (Piliocolobus kirkii), a small primate endemic to the island of Unguja, the largest of the Zanzibar archipelago, off the coast of Tanzania in Africa.

After the installation of four speed bumps, the scientists found that the number of accidents was reduced to one every six weeks

But they are joined by a growing danger: abuses on roads that cut through their already fragmented habitats in the Jozani-Chwaka Bay National Park, where half of the population of these rare animals is found, considered in danger of extinction by the International Union for Conservation of Nature (IUCN).

In a new study, published in the journal Oryx, a team of primatologists from Bangor University in the United Kingdom, together with the administrators of the Zanzibar national parks and the Wildlife Conservation Society (WCS), evaluated for four years (from January 2016 to December 2019) mortality from vehicle collisions.

The historical data of the road that crossed the national park showed that on average every two or three weeks a colobus died due to vehicle traffic. After installing four speed reducers Along a section of that road that separates the park from Jozani-Chwaka Bay, the scientists found that the number of accidents was reduced to one every six weeks.

Although it is a great progress, this mortality rate remains a significant threat to the species because the abuses are indiscriminate, killing young, old and adults with reproductive activity, while natural predation preys on the weakest individuals.

“Cars are not picky about the animals they kill. This means that while natural predators may hunt young and old more often, cars are just as likely to kill young reproductive adults, who would contribute more to population growth. And this can be a problem ”, he underlines Alexander Georgiev, a scientist at the British university, director of the Zanzibar Red Colobus Project and lead author of the work.

Cars are not picky about the animals they kill. This means that cars are just as likely to kill young adults with reproductive activity. And this can be a problem

Before the installation of speed bumps, the annual mortality of these primates, with already reduced populations, was estimated to be between 12% and 17% due to collisions with vehicles. “The speed bumps have made a huge difference to the safety of the colobus. Adding more speed bumps would help reduce the risk even more, ”says Harry Olgun, PhD student at the Faculty of Natural Sciences of the University of Bagor and first author.

Experts note that despite improved protection for these animals, quantifying and solving conservation issues like this one is paramount as tourism to Zanzibar grows and colobus habitat continues to shrink.

“Understanding the impact of vehicles on wildlife within a park and implementing practical solutions is exactly what we, as conservationists, should be doing,” concludes Tim Davenport, Director of Species Conservation and Science in Africa at WCS, who conducted the first colobus census. 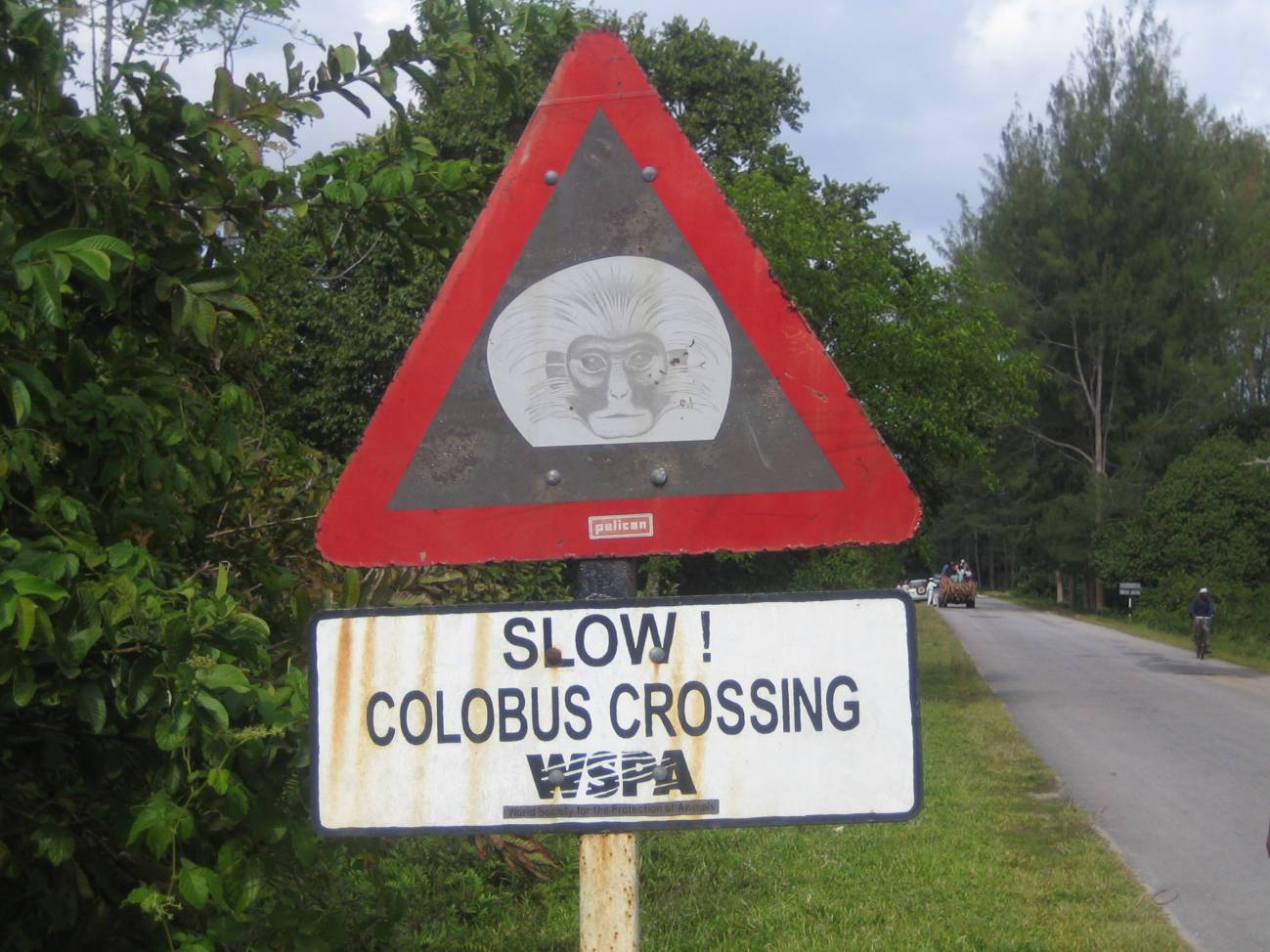