Home>U.S.>How To Prevent My Child From Behaving Aggressively: 6 Guidelines To Shape His Behavior

Limiting a child’s aggressive behavior requires, among other things, that parents provide an example of good behavior that the child can follow. This implies that parents should not hit him as punishment.

Another guideline that we have to apply involves nurture in kids the habit of forgiveness after they act inappropriately against an adult, child, or just after being aggressive in general. Here are 6 strategies that may work when changing the aggressive behavior of our children.

We cannot hit our children as a scolding or punishment if they have done something that we do not like., there are more peaceful and subtle ways to express our displeasure to them and that do not involve marking them on a physical, emotional and mental level.

Naturally, we should not exercise violent behavior around them either, something that would prevent the child from being formed in the peaceful and loving home in which it should develop.

2. Express your discomfort in a respectful way

For example, we can put him aside and tell him directly and clearly that you do not like him to be aggressive, and that this can harm him in the short, medium and long term. It is not about insulting or belittling you, but about communicating that you have misbehaved.

3. Give her some time to reflect

In the event that the child is very upset and does not respond to reasons, it is best to leave him alone and give him time and space to relax, but mainly to reflect on his actions.

This works primarily with children who demand attention by being aggressive or rude to their elders. 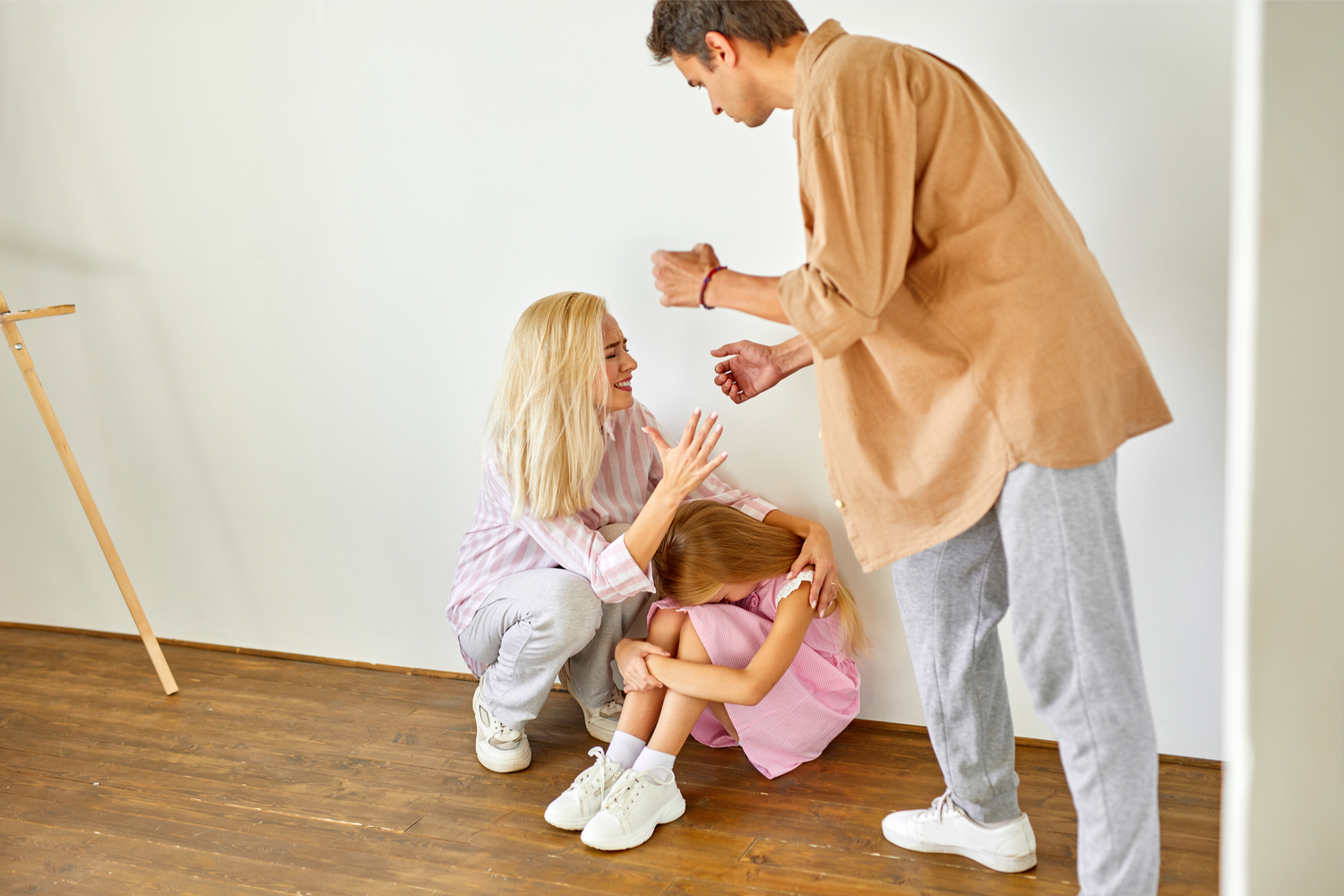 The main tool of education is the example. If our children see us fight and be aggressive, in addition to causing them emotional damage, they will repeat the behavior seen in their parents. Photo: Shutterstock

4. Encourage him to ask for forgiveness, but don’t force it

Very young children may not understand why they should say “sorry” or apologize to who they have offended or attacked, mainly because it is difficult for them to put themselves in the shoes of others.

In this stage, parents should explain the importance of being empathic beings in life and why we have to apologize in front of someone to whom we have done some kind of harm.

5. Make use of positive reinforcement

These positive reinforcements work well as long as they are part of a larger strategy.

If none of the above produces the results you expect, the best thing you can do is go with your child to a consultation with an expert to identify why your child’s behavior is so aggressive.

The specialist should be able to identify factors in the child’s environment that lead to violent behavior, as well as to determine the effectiveness of the methods you have applied so far and why they have not been as useful as you hoped.

These guidelines may not pay off in the short term, but continuing to apply them will eventually help children limit their aggressiveness and make it easier for them to adapt and integrate with other children their age, as well as their elders.

Coronavirus: the challenges of the first years of life in confinement

When a child should put down the bottle