The transition towards a sustainable society, towards climate neutrality proposed by the European Union for the year 2050, and even the pandemic itself that we have experienced in the last year, are leading us to an inexorable transformation of mobility in our cities. It is time to ask many questions, and take on the changes that are about to take place. It is time to rethink what we use public spaces for, to think about the space for pedestrians, the presence of cyclists and personal mobility solutions in the city and how this transformation must necessarily affect the private car.

The banishment of the private car

The great presence in the media of the news that this week pointed to the suspension of Madrid Central, the Low Emissions Zone of the Spanish capital, should not be the finger that prevents us from seeing the Moon. The judicial opinion of these days will not prevent new Low Emission Zones from being implemented sooner rather than later, in Madrid and in many other Spanish cities. And regardless of its name, and how restrictive and wide the zones are restricted to traffic, the only effect they can have is to limit the private car.

This same week, and in parallel, Congress approved the Climate Change and Energy Transition Law. As we said, the Spanish cities that have not yet done so will begin to define Low Emission Zones. The new law will oblige all municipalities with more than 50,000 inhabitants – and island territories – to establish Low Emission Zones no later than 2023. More than 140 Spanish cities will have to establish zones with traffic restrictions and measures similar to those of Central Madrid.

Although it is true that the law passed is very vague and imprecise, in this regard, these cities are also urged to promote travel on foot, by bicycle, by public transport and also in shared and electric vehicles.

After Central Madrid there will be another kind of Low Emission Zone, which will also be mandatory in all municipalities with more than 50,000 inhabitants no later than 2023 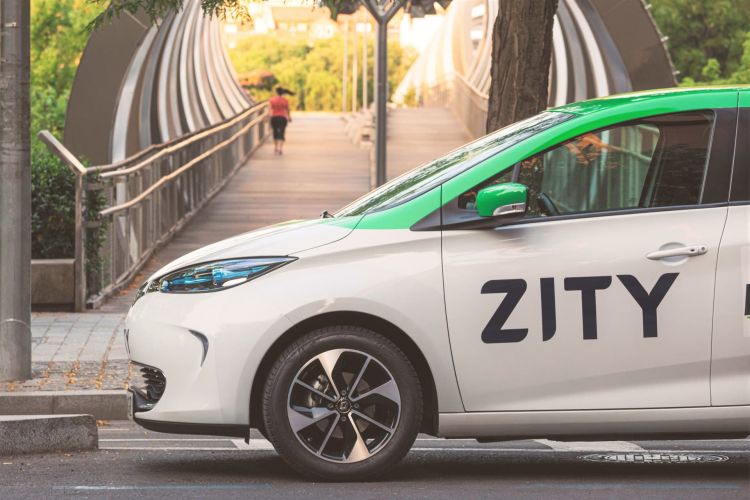 The effect of the pandemic

As we were saying, the pandemic itself has somehow reconfigured our cities. The recommendation to redirect the activity to open spaces, and the restrictions in closed spaces, has promoted measures that, again, condition the mobility of citizens. One of the clearest examples is found in the decisions that have been taken to alleviate the crisis that the closure has caused in the hospitality sector. In many Spanish cities we have seen the proliferation of terraces that, until this pandemic, did not exist, and the expansion of the spaces occupied by existing ones, to accommodate more customers and diners, and to guarantee social distance.

The pandemic has also reconfigured our cities and that implies, regardless of any personal assessment, that some groups benefit to the detriment of others 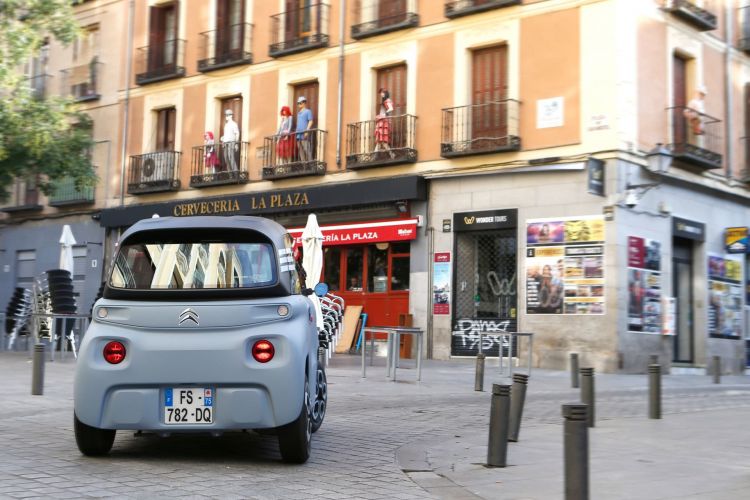 Citroën AMI on the streets of Madrid.

The proliferation of terraces that, we insist, is being so beneficial to alleviate the hospitality sector, requires public spaces, to the detriment of pedestrian areas, and parking spaces for cars. This medium has contacted the Madrid City Council to find out how much the space occupied by hospitality terraces in the capital has increased and how it has affected public parking spaces in the city. The General Coordination of Districts, Transparency and Participation has responded to our request but, unfortunately, it has not been able to provide us with the details of the space occupied by the terraces, due to not having such detailed information.

Nevertheless, Yes, we have known some really interesting data that could surely be extrapolated to most Spanish cities: 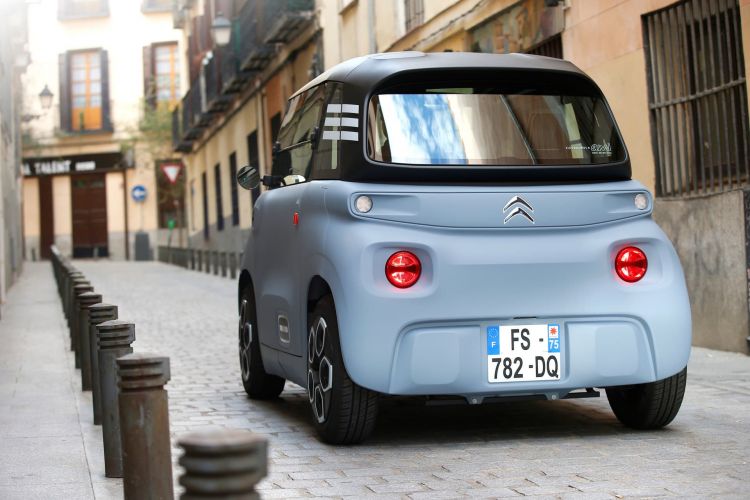 Citroën AMI on the streets of Madrid.

The only certainty that we have at the moment is that the transformation of cities is necessary, and inevitable. And the biggest challenge now is for the transformation to be carried out properly, with measures that really revert to an improvement in mobility and the no less important task of knowing how to communicate these measures and satisfy all groups, all stakeholders. citizens who are affected by these transformations.

These days we also found a publication on Twitter from the Civil Guard that, after an apparently innocent advice on the use of sidewalks and bicycle lanes, became a good reflection of the frustration of all groups, cyclists, drivers, and pedestrians, when it is not properly understood, or does not want to understand, what it means to promote sustainable mobility.

Pedestrian, that cool little red path where you walk so calm, is for #cyclists.
Avoid scares, use the sidewalks pic.twitter.com/6vHx3DZ3CS

It is not necessary to delve too deeply into the more than 1,000 responses that the publication has received to understand the frustration that this image has generated. The thread that has generated the Civil Guard’s Twitter publication is a compendium of complaints, doubts and sometimes ignorance, of all the sectors that converge in urban mobility.

Pedestrians who do not understand, with reason, that their space has been occupied by a bicycle sidewalk and that the cyclist “benefits” (note the quotation marks) at the expense of the pedestrian. Pedestrians who do not understand that on an apparently wide sidewalk like this, their space has been restricted to a very narrow strip, not only because of the presence of a bike sidewalk, but also because of the hotel terraces Cyclists who do not understand the obsession with segregation, which not only implies greater dangers for cyclists and pedestrians, but also generates friction with pedestrians and drivers, drivers who consider the need for bicycle lanes and sidewalks and the presence of the cyclist himself on the road.