After switching jobs from education to technology, Jess Jones wasn’t entirely sure what to expect in terms of salary.

After all, software engineers earn much more than professors.

But the 31-year-old New Yorker embarked on an enormous amount of research on compensation: she participated in career training, attended networking events, reached out to software engineers on LinkedIn, and used the salary calculator on the recruiting platform Hired. .

The message she derived from this process was that she should put herself in awkward situations in salary negotiations or, as she puts it, “ask for a figure that made me want to vomit.”

Jones had a major advantage in entering negotiations armed with knowledge of the proper salaries for her position.

But most of the people not arrives with the same power.

Research shows that the wage gap, which is well documented, is due in part to the “demand gap” – the difference in wage expectations between groups, which weakens women and minorities in particular.

Closing this gender and race “demand gap” can pay off big career dividends, reducing pay inequality in the long run.

The demand gap in wage negotiations

In many fields, men expect higher wages than women with comparable qualifications.

A study of online job seekers in Argentina found that women ask for 6% less on average, and this gap increases in male-dominated occupations.

A survey of US resident physicians showed that the ideal starting salary for women was on average 92% of the ideal salary for men.

According to a survey conducted by the compensation company PayScale, in the US, the average job offer for women with similar qualifications to those of men is $ 69,200 annually. That’s $ 2,200 less than for men.

These numbers may not seem so worrisome on their own.

But the pay gaps at the beginning of a career end up worsening.

“Over time they increase because the percentage of the increase is generally based on base salary, so it accumulates over the years,” explains Zhaleh Semnani-Azad, professor of management at California State University, Northridge.

“So this is where women end up losing long-term”.

Some researchers estimate that a $ 1,000 difference in starting salary could lead to a cumulative loss of half a million dollars.

Demand gaps have many culprits, but key among these is the devaluation of women relative to men and of employees of other races relative to whites. 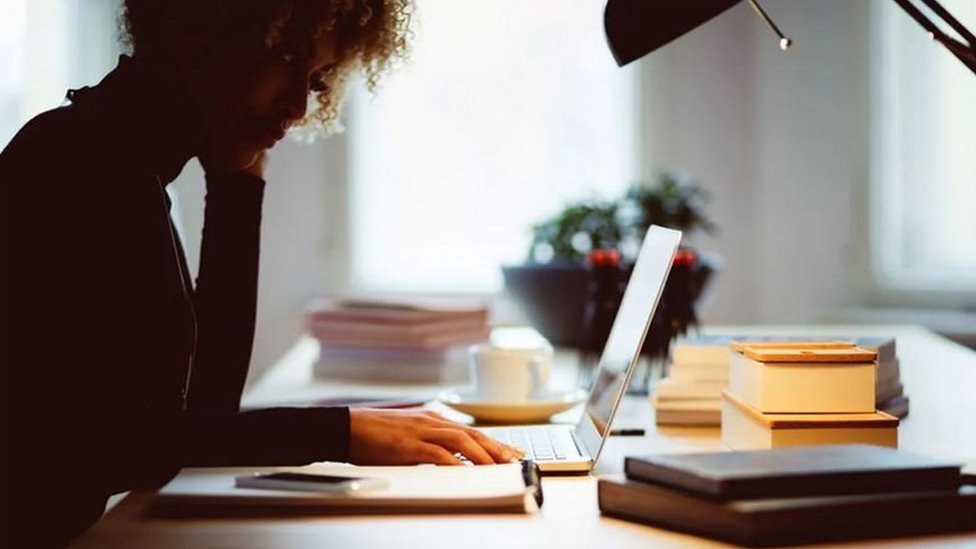 Often people internalize these expectations. It can be more difficult for women to accurately assess their value, says Semnani-Azad.

This could lead women to accept the first job offer or salary, while men are more likely to expect higher offers.

Women may fear that they will appear greedy or aggressive in negotiations, or that hiring managers will withdraw or downgrade bids.

On the contrary, “in general, men don’t think much about these things,” according to Semnani-Azad. Men are also more likely to have an exaggerated perception of your worth.

“Men are more comfortable asking questions and don’t need to worry about having a backlash.”

This dual reality means that it can be difficult for women to “win” in the bargain, no matter which course they take.

She has experienced backlash in negotiations herself, when it was clear that male hiring managers weren’t expecting her to negotiate offers, and in response, began to downplay her accomplishments.

This type of reaction affects non-white women in particular; Black women are especially likely to be unfairly perceived as too aggressive in bargaining.

Women are not inherently or universally weaker negotiators.

For example, there is a lot of research showing that “women have been successful if they have been negotiating on someone else’s behalfSemnani-Azad says.

In other words, women are more comfortable or viewed more favorably when they are not negotiating on their own, in part because of societal expectations that they are “nice.”

Of course, there are differences in negotiating styles not only because of race and gender, but also because of other factors, such as nationality and sexuality.

One recruiting company that addresses this disparity is New York City-based Hired, which is primarily aimed at employees in the tech industry.

Because the skills of these workers are in such demand, they have more power than many low-skilled workers.

For example, in Hired, companies approach potential employees first, and not the other way around.

Like many job search platforms, Hired used to leave a blank for each applicant’s desired salary.

But in 2018, the company began filling that gap with the median salary for the position, based on user data.

This simple change eradicated the 3.3% gender demand gap among hired users, “mainly because women are asking for more and because men are asking a little less,” says Nina Roussille, an economist at the London School of Economics, who conducted an independent investigation using non-confidential data from Hired. 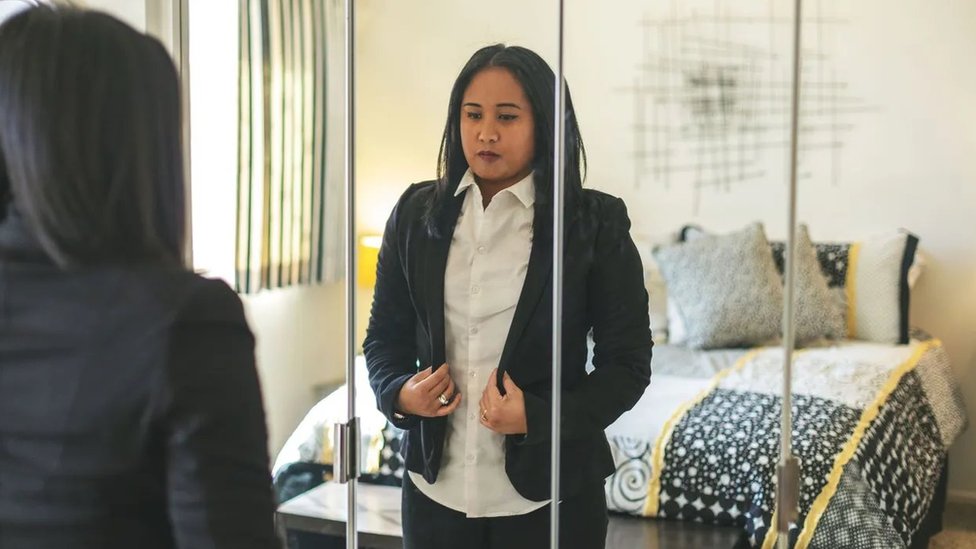 . It takes a lot of effort to work up the courage to ask for a high salary.

Essentially, after the 2018 change, all applicants got more information on its true value according to the market.

This depended on factors such as location, with the gender expectation gap being twice as high in London as in the San Francisco Bay Area.

Overall, Hired says they are trying to remove subjectivity from decisions about what salary to offer, on the side of the employee, but also the employer.

Josh Brenner, CEO of Hired, refers to this as “providing visibility and guidance,” which makes the hiring process more efficient in all respects.

Of course, not all companies have changed positions as a reply; These alerts lead to changes in the salaries offered in 4.3% of the cases.

But when there is a salary adjustment, it is significant, averaging $ 20,000.

Clearly, more information on salaries is needed, especially for people starting their careers. But it is not enough to close the gaps in demands.

For example, Roussille’s research shows that a final supply gap of 2.5% persists for Hispanics using Hired, even controlling for the requested salary.

And when employees find out about pay differences, race affects whether this will actually change.

Hired data indicates that when white employees report salary discrepancies, their salary increases 28% of the time. As for Hispanics, this occurs only in 15% of cases.

The first thing that is needed is awareness of the disparities in demand gaps and what perpetuates them.

First, companies or governments can end the practice of basing salary offers on people’s past salaries.

“Women come in with a history of lower wages generally. And so this provides companies with an anchor for women that is lower than the anchor for men for a given resume. And that essentially perpetuates the gender gap, “explains Roussille.

On the positive side, “there are currently a number of states in the United States that have banned employer inquiries about salary history. And there is preliminary evidence that this has helped reduce both the gender pay gap and the minority pay gap ”.

Negotiation training could help, but it should be more nuanced and culturally specific.

“The existing training on negotiation … tends to look at it from a more universal perspective,” says Semnani-Azad.

“And often, the behavioral recommendations or the prescribed strategies and approaches are very broad, and there’s not much consideration for subsets of these demographics and how they themselves react, or how their opponents might react to them.”

Furthermore, such training places the responsibility for change on women and minorities, rather than the system against them.

In general, a common suggestion is to encourage minority group networking and mentoring.

However, while that’s very helpful in nurturing underrepresented leaders, it can actually have a detrimental effect on pay.

This is because black employees or women talk to each other about reasonable wages, they often do so about lower wages than white men earn (and they comment to each other).

This perpetuates a vicious cycle of lower expectations.

Software engineer Jones was aware of this and deliberately reached out to men and women on LinkedIn so that their salary expectations weren’t sloping downward.

It’s not fair that people like Jones have to do a lot more research than white men to have a better chance of receiving adequate pay.

In Jones’s case, it certainly paid off: He ended up with a higher salary than the starting offer for his first software engineering job, and he just celebrated his first month on the job.

Until the question gap is closed, she will continue to tell her friends and colleagues exactly what she earns.

Although she sometimes has a hard time having these delicate conversations, she tells them, “I want to make sure you get what you deserve.”

You can read the original in English here.

Now you can receive notifications from BBC News Mundo. Download our app and activate them so you don’t miss out on our best content.