The Shelby Cobra has been an icon of the motor world. Just look at the popularity of the American sports car despite its short time on the market and also the prices that they currently reach in auctions. For these and other reasons, Ford wanted to bring it back to life at the beginning of the century with a prototype that left no one indifferent. The Ford Shelby Cobra «Daisy» It was presented at the Detroit Motor Show in 2004 and now comes back to the fore because it is for sale.

Will be auctioned by Mecum Auctions the only unit of this prototype at the event to be held in Monterey (California) in August. With that striking code name, it was made by Ford and had as an honorary collaborator himself Carroll Shelby. This character who needs no introduction in the motor world worked with other heavy hitters such as Chris Theodore (Ford Vice President of Product Development) or J. Mays (Vice President of Product Design) to bring the legendary Cobra to life. 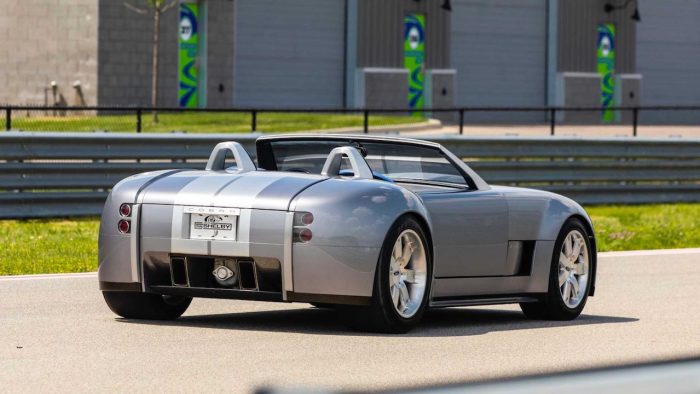 The idea is that components of the Ford GT were taken to create a small convertible that was called to be the most radical of its time. Premiered a aluminum chassis of great rigidity, on which a light fiberglass-based body was mounted. The design already caught the attention of many at the time. The two-seater interior It was minimalist at best, it stood out for its simplicity and for having hardly any controls, everything had to focus on driving.

That is why they employed a 6.4-liter DOHC V10 engine with dry sump lubrication that had been made by Ford’s Advanced Powertrain department. Developed a power of 605 hp that went directly to the rear axle, because like a good Cobra, it had to be propulsion. It used a six-speed manual transmission signed by Ricardo, the same one that was present in the Ford GT. Their benefits were not homologated, but they promised a lot. 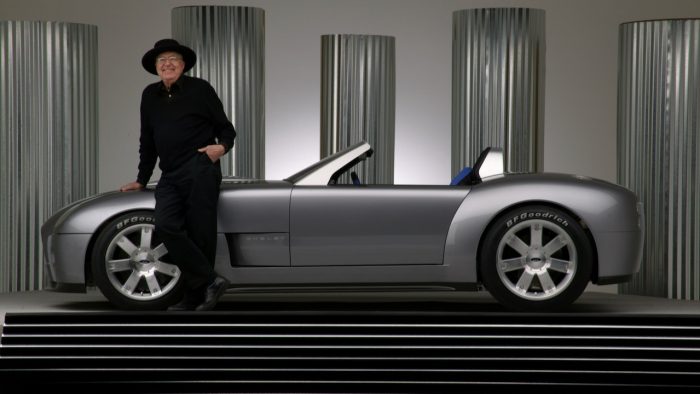 The Ford Shelby Cobra “Daisy” had a perfect weight distribution (50:50) and had the front and rear independent suspensions Ford GT, plus rack-and-pinion power steering. The brakes were signed by Brembo and featured four-piston calipers, while the rims were seven-spoke BBS. Certainly, I had everything to succeed, but fate did not want this project to come true.

The Ford Shelby Cobra Concept was presented in early 2004 with a view to reaching production for the year 2007. At that time, his development phase was being finalized on circuits such as Irwindale Speedway, with a Carroll Shelby enthusiastic about his behavior and the specialized press having the opportunity to ride alongside him. However, the crisis made finally could not reach the marketThey had to prioritize budgets in other more logical projects.

The story leaves us with a single prototype of the Ford Shelby Cobra “Daisy” manufactured, which would end up in the hands of Chris Theodore. It is said that the manager came to pay $ 825,000 for this specimen and subsequently subjected it to a complete restoration and a homologation so that it could roll by open road. In recent years he has been riding through the most charismatic motor events and now he is ready to change hands, surely for a succulent sum.