1. How much does it cost to make a ticket? Alejandro Alegría, Director of Emission of Banxico, says that the manufacture of each bill was 1.4 pesos.

3. In Mexico there are 67 million banknotes with the figure of Miguel Hidalgo; in total there will be 112 million pieces in circulation.

4. Banxico surveyed Mexicans and 67% of them said they would be willing to use the new 1,000 peso bill as long as it had a new design and better security measures.

5. The 1,000 peso bill is “friendly” to people who suffer from visual impairment, so it has four lines in the upper left that allow them to identify it.

6. Banxico will distribute 460,000 tablets throughout the country so that the visually impaired can identify each of the banknotes of the new “G” family. 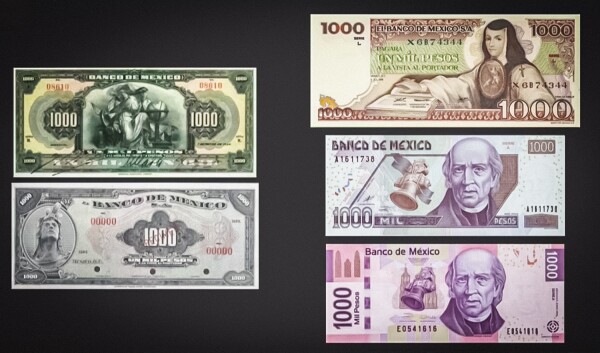 8. The locomotive that appears on the ticket is the so-called “locomotive 279”, located in the Vivencial Railway Museum in La Heroica e Histórica Cuautla, Morelos.

9. The ticket has a jaguar and a spider monkey that were photographed in the Calakmul reserve.

10. Manufacturing of the new banknote was suspended in March due to the pandemic and resumed in August.