The ten teams are working hard on their 2022 schedules and designing all-new cars to meet the demands of the biggest package of rule changes in years.

They’re doing it in the context of a cost cap that holds back the biggest spenders, as well as a scale of aerodynamic testing restrictions that punishes the best. These two factors add a new context to the usual pattern of development.

McLaren is not in the same division as the top three teams when it comes to spending, but the team has had to make some adjustments to ensure it is below the $ 145 million limit. And as the third ranked team of 2020, they had the third least amount of time in the wind tunnel and CFD usage until the end of June.

When there was a readjustment for the second half of the season, based on the mid-year standings, the team was again third in the table. Therefore, until the end of 2021, it will have to continue to do less aerodynamic work than all its rivals except two, Red Bull and Mercedes. And assuming it retains third place, that restriction on competition will continue into 2022.

This is an additional challenge for the McLaren technical director, James Key, and the rest of his team as they move forward with the new car project. It is about making the most of the resources you have.

“There were some cons of finishing third last year in that regard, because it makes it a bit difficult for you to be able to do this year with the new regulations,” says Key.

“And to be honest, that was definitely a victim of the COVID situation, and the impact it had on the sport with the delay of what became the 2022 rules, because a lot of what was meant to be happening within the cost cap and this year was really meant to match technical regulations that are supplementing the cost cap a little better.

“It is an unfortunate situation that we have had this scale at a time when you have these two cars to develop in parallel, and obviously, a lot of emphasis in 2022 with a new sheet of paper that we have had.”

“So it takes us back a bit, but you adapt to that. And this month there was a readjustment. Would it have thrown away the great job Lando and Dan did in the last race, and the podiums?

“Of course not, because we’re still here to race. But I think you have to adapt your thinking a bit about how to divide cars (between 2021 and 2022 aerodynamic work) when you’re at that end of the scale.”

Detail of the rear wing and diffuser of the F1 2022 presented at Silverstone.

The good news is that the difference between the aerodynamic work that McLaren can do relative to other teams is less than it could have been.

“This year is a little smoother than originally planned,” says Key. “The gradient between the first and the tenth was going to be even steeper, and that’s going to increase next year. Whether it’s the right thing to do or not, I don’t know. I mean we never really liked that idea when it was introduced ago. a time”.

“But we also made sense of it, as at the time there was a huge disparity between the first and the tenth, and having the ability to catch up within a cost cap and within a tighter ATR still makes sense. Otherwise, you run the risk of getting stuck. “

“I suppose we’ll see how it goes next year. And if it causes a season of swings, one after another, it is clear that it is not the way to go. It may have to be smoothed out a bit. But in the short term, I suppose it plays a bit Against us”.

Key He insists that it is still early for the 2022 project. The learning curve is very steep and there is still much to discover about the new rules, although they are quite restrictive in many respects.

“The number of devices and the freedoms that we have now, even now continue to produce quite prolific development rates in today’s cars,” he says.

“With these large bulk surfaces that you have in a 2022 car, it’s a different way to develop. So you’re looking more at the fundamentals, particularly at this stage, the summer of the year before they race, and trying to get that those big box surfaces work the right way. And then it’s going to be down to the details. “

“And normally, what you see is that a year like this is quite prolific. We are still learning a lot, we are defining our main geometries and architectures now, at this point in the year.”

“Then you go through this kind of long process that leads to Christmas of almost six months of purely aerodynamic work, once those geometries have been defined.” 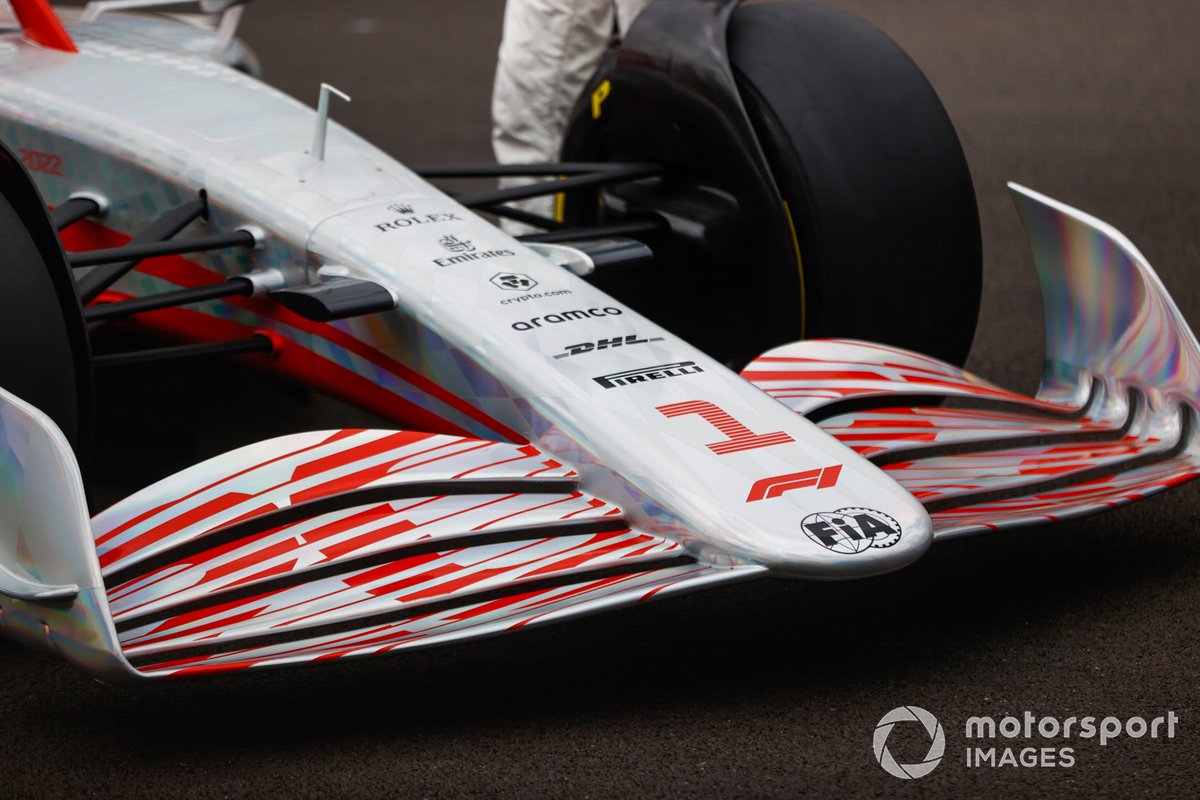 Detail of the front wing and nose of the F1 2022 presented at Silverstone.

Key says big strides will be made after the cars start rolling in February next year, and the numbers are done. Teams will not only receive information about their own cars, but will also see what their rivals have done.

“You have a couple of advantages. One is that you can see your car on the track, and you start to realize if you have a correlation somewhere that you could improve, or you start to recognize the strengths or weaknesses of your car. Maybe. there are some unexpected things. “

“And that will set some kind of immediate development priorities. And you get that kind of point in that direction from that.”

“And of course, everyone gets to see other people’s cars too. And maybe, like we did this year, with the simple changes we had on the ground, you can see directions where you think: ‘OK, no. It had occurred to us, it’s a good idea, let’s see if it applies to our car. ‘And therefore, one will then have another point in the next year. “

“So I suspect that between now and next year, we are going to see a fairly strong rate of development.”

“Maybe next year it will start to flatten out. But if it flattens out, it means there will be a lot of close races. So maybe that’s a good thing.”

“If it flattens out, it will lead to the cars of 2023 being pushed much more mechanically to the limit, because then you’re going to have to find advantages elsewhere, whether they are aerodynamic advantages from a difficult mechanical design, or mechanical advantages simply by going further. “.

Key believes that it is inevitable that the teams will follow different paths, which will make it even more interesting to see what each has done in winter testing.

“I think they will all come up with different interpretations,” he says. “The last time we had a change of this magnitude was probably 2009, when the whole car changed. And we saw different approaches.”

“Aside from the dual diffusers, which became commonplace in the middle of the season, we had a number of ideas about the body, the chassis and the nose.”

“And they eventually came together on something similar. But with fewer tools at your disposal, I think we’ll probably see bigger volume differences between the cars when we introduce them next year.” 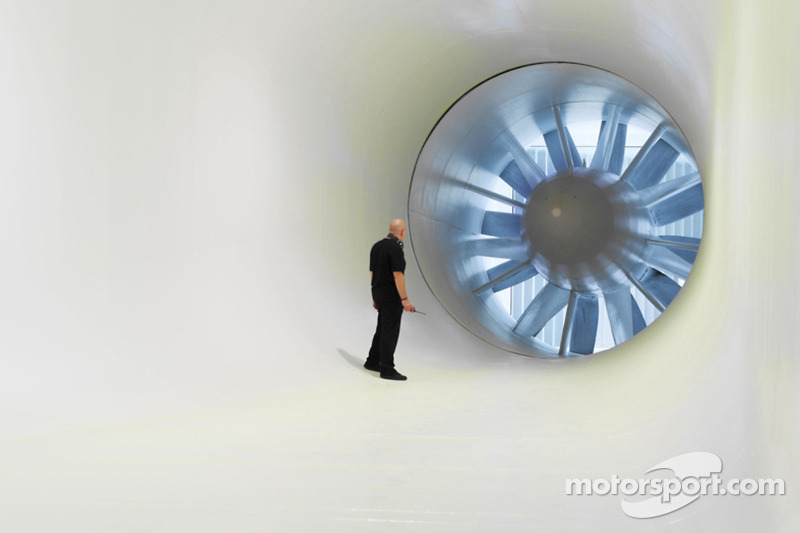 The development program of McLaren By 2022 it has been complicated by the fact that the team continues to use Toyota’s wind tunnel in Cologne, pending the construction of its own.

Using a rented tunnel in another country is a suboptimal situation, but the good news is that Woking’s CFD resources are now state-of-the-art, and the timing of the last update was right.

“I think when big architectural decisions are made on a car, a lot of that can be modeled outside of a wind tunnel environment, for example. The wind tunnel continues to play its role in general with a lot of verification data.”

“Now we have stricter rules on the amount of CFDs and wind tunnels that we can do, so you have to choose the times when this type of work is done. So we can choose the data that we are satisfied with and that we extract. the maximum game “.

“But the big architectural decisions, when you have to develop large surfaces, format and shape them, I think that, in general, the team that we have is capable of making those decisions at this moment. It will be in the finer details that perhaps we will have a small disadvantage”.

One important point that will only become apparent once testing begins is the crux of the 2022 rule package: Will the cars be able to follow each other more closely?

“I think it’s early days, because there’s still a lot to do about a 2022 car and how it works,” says Key. “But a lot of effort has been made to ensure that the regulations are true to their purpose.”

“So when there were some kind of potential gaps or areas of sensitivity that could work against the ability to follow us closer than we do now, they were discussed, and usually closed or modified in some way.”

“So I think where we are now, probably, if the cars are released in mid-2021, then one would get something pretty close. At the beginning of the year, I think they will certainly still be much easier to race than the current cars, but as teams start to exploit the finer details of them so it would drift a bit, I suspect. “ 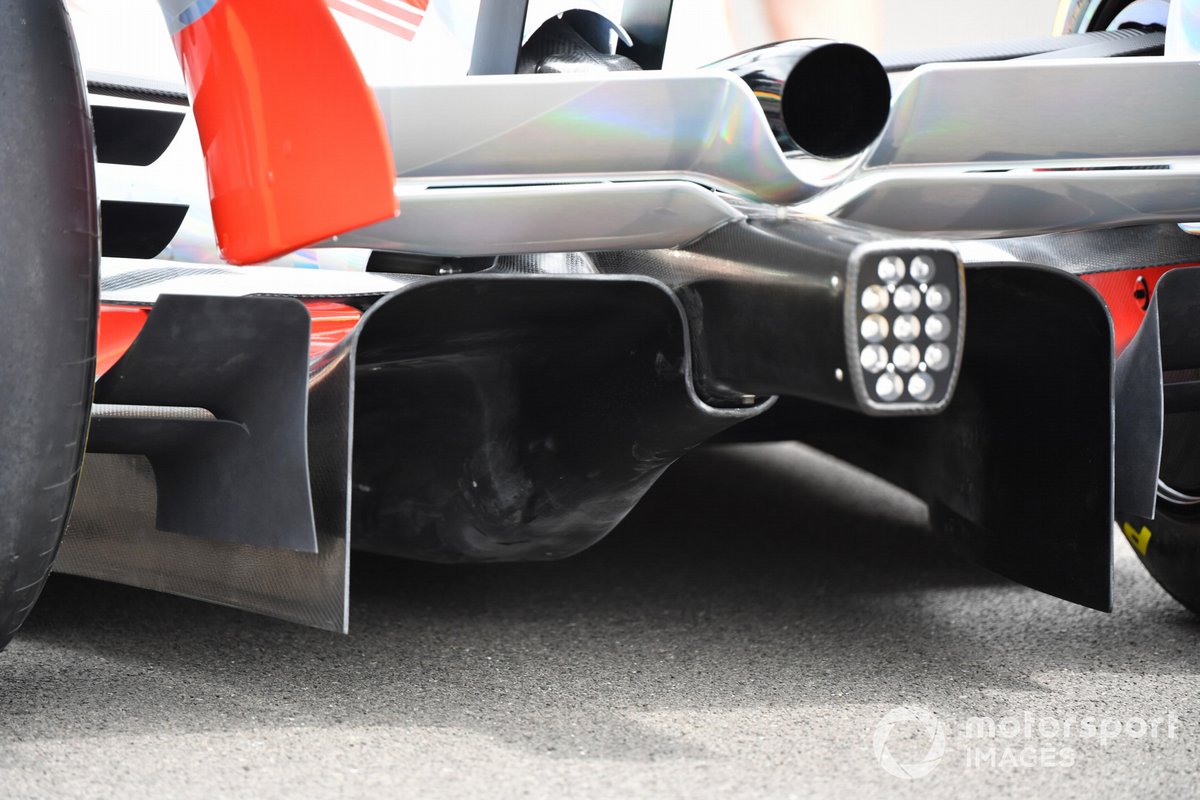 Detail of the diffuser of the F1 2022 presented at Silverstone.

The head of F1, Ross Brawn, has made it clear that the door has been left open to make those necessary tweaks for 2023 and beyond, especially if teams have found things that go against those principles of making it easier to track between cars. If there are any changes, it will be an additional challenge for Key and his team.

“I think they are usually discussed in a very friendly way,” he says. “There will be discussions, there will be some, ups and downs, and sensible decisions will be made.”

“The teams have regulations that have been developed for a long time and obviously we will try to make the most of them. So I think it has to be a fair process.”

The changes for 2023 are a challenge for another day, and they may not happen. In the meantime, McLaren continues to interpret the rules as they are currently written, and to look for any advantage that can be obtained.

“I think if we can start hitting those top marks pretty soon and in the right way, and having done our best, then we hope it’s just a matter of continuing with our plan until next year, and hope that we’ve scored all of them. the boxes “. 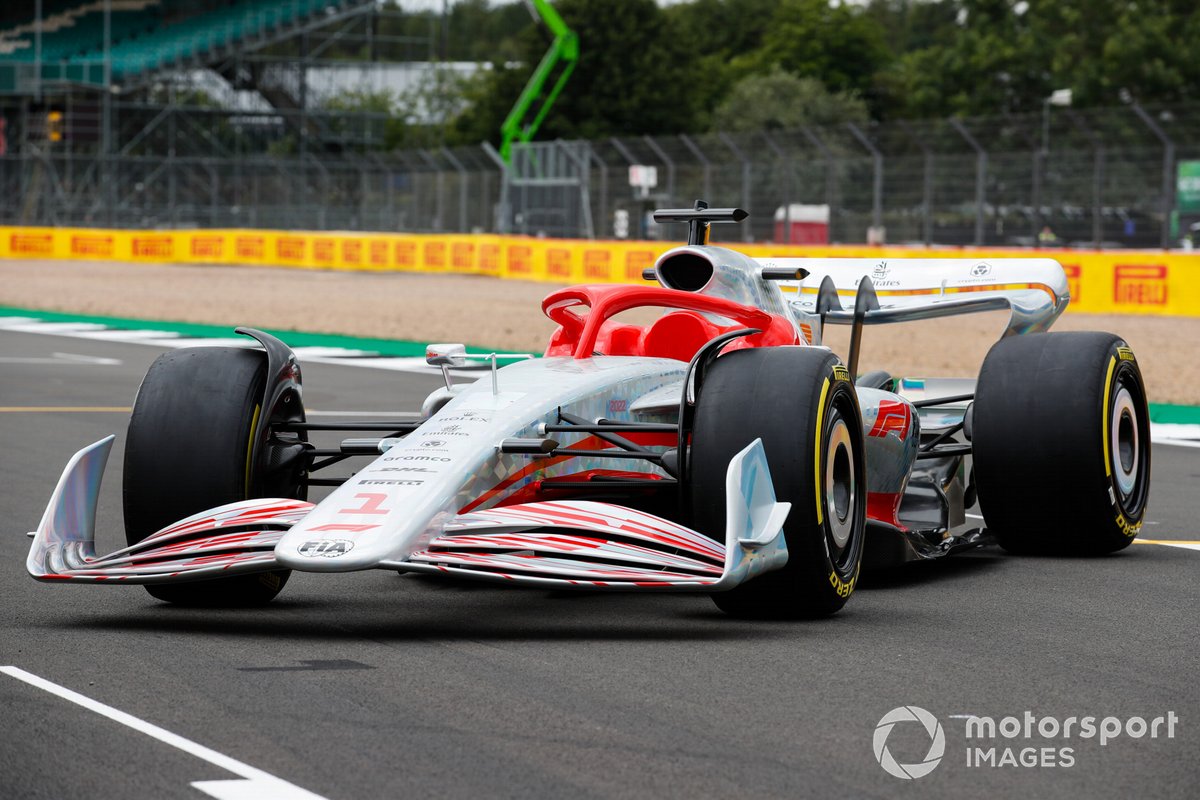 The 2022 F1 car unveiled at Silverstone.