We have all heard the stories of the new bitcoin millionaires.

Elon Musk had been one of the last to join the cryptocurrency purchase.

His electric car company Tesla made a profit of more than US $ 900 million after buying $ 1.5 billion worth of bitcoins in early February.

Its high-profile support helped drive the price of the cryptocurrency to more than $ 58,000.

However, the South African businessman announced on May 12 on Twitter that Tesla stops accepting bitcoin as a form of payment for its electric vehicles due to its alleged environmental impact.

And it is that although the price of the digital asset had reached a historical maximum, it was also the case with its energy footprint.

And that led to a questioning of Musk, as the scale of the coin’s environmental impact becomes clearer.

It also led to new high-profile critics questioning the digital currency, including US Secretary of the Treasury Janet Yellen.

President Joe Biden’s chief economic adviser described bitcoin as “an extremely inefficient way to transact“And said that” the amount of energy consumed in processing those transactions is staggering. “

It is unclear exactly how much energy bitcoin uses.

Cryptocurrencies are, by design, difficult to track, but the consensus is that bitcoin mining is an electricity-intensive business.

The Center for Alternative Finance at the University of Cambridge (CCAF), which studies the burgeoning business of cryptocurrencies, estimates that bitcoin’s total energy consumption is between 40 and 445 terawatt hours (TWh) per year, with a central estimate of about 130 terawatt hours.

The UK’s electricity consumption is just over 300 TWh per year, while Argentina uses roughly the same amount of energy as the CCAF’s best estimate for bitcoin.

And the electricity used by bitcoin miners comes overwhelmingly from polluting sources.

The CCAF team surveyed the people who run the bitcoin network around the world about their energy use and found that roughly two-thirds comes from fossil fuels.

The enormous computing power, and therefore energy use, is built into the way the blockchain technology that underpins the cryptocurrency was designed.

It is based on a vast decentralized network of computers.

These are the so-called “miners” that allow the creation of new bitcoins, but also independently verify and record each transaction made in the currency. 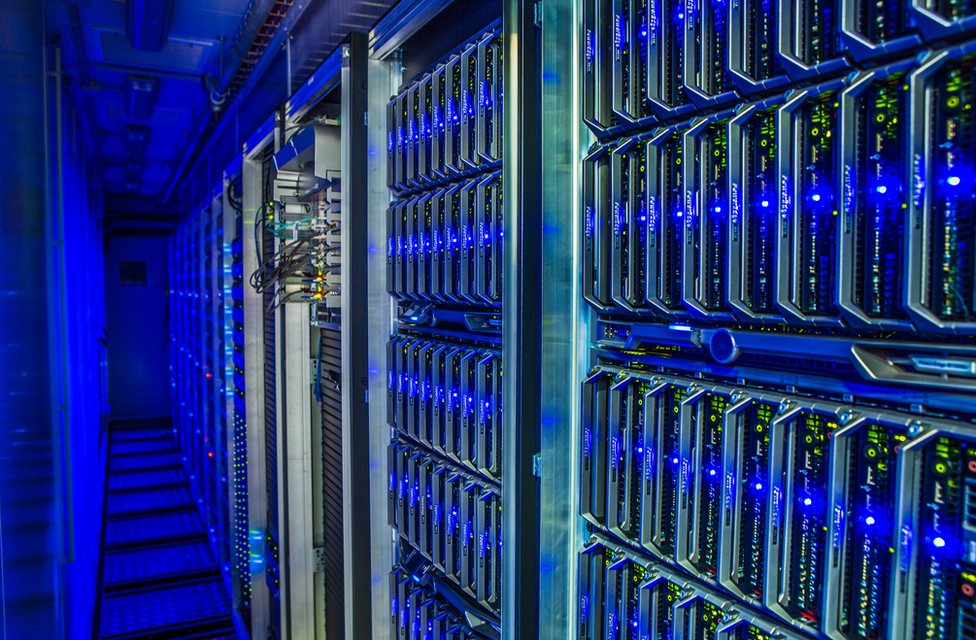 In fact, bitcoins are the reward miners get for keeping this record accurately.

It works like a lottery that runs every 10 minutes, explains Gina Pieters, an economics professor at the University of Chicago and a researcher on the CCAF team.

Data centers around the world compete to compile and submit this transaction log in a way that is acceptable to the system.

They also have to guess a random number.

The first to submit the registration and the correct number wins the prize; this becomes the next block in the blockchain.

At the moment, they are rewarded with six and a quarter Bitcoins, valued at about $ 50,000 each.

As soon as a lottery ends, a new number is generated and the whole process starts all over again.

The higher the price, says Professor Pieters, the more miners will want to get into the game.

“They want to get that revenue and that’s what is going to encourage them to introduce increasingly powerful machines to guess this random number and therefore you will see an increase in energy consumption,” he says.

And there is another factor driving the increasing energy consumption of bitcoin. 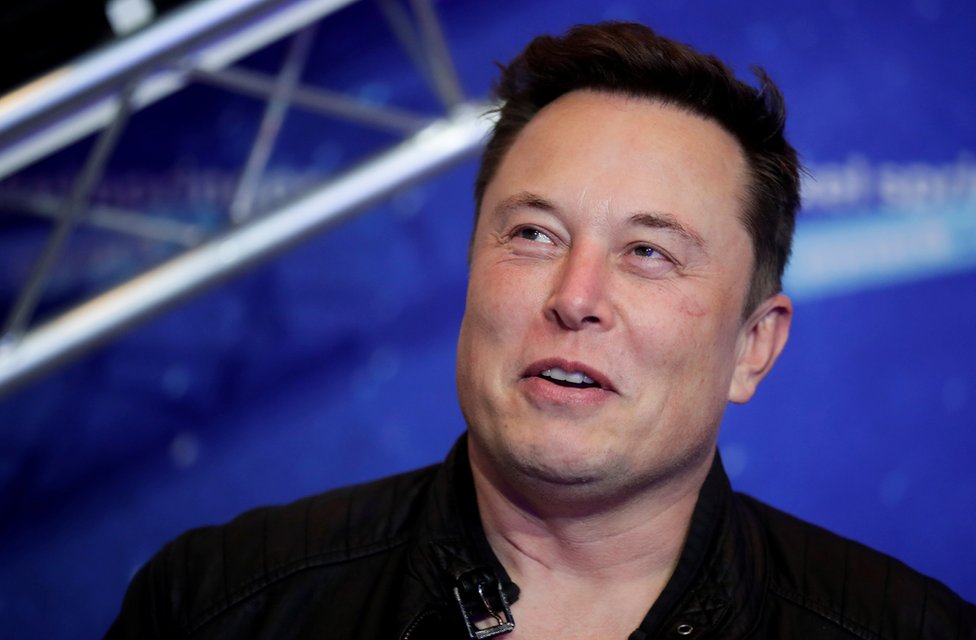 ReutersElon Musk was among the last billionaires to invest in cryptocurrency.

The software ensures that it always takes 10 minutes to solve the puzzle, so if the number of miners increases, the puzzle becomes more difficult and more computing power is needed.

The idea is that the more computers compete to maintain the blockchain, the more secure it becomes, because anyone who wants to try to undermine the coin must control and operate at least as much computing power as the rest of the miners put together.

What this means is that as bitcoin becomes more valuable, the computing effort invested in creating and maintaining it, and therefore the energy consumed, inevitably increases.

We can track how much effort the miners are making to create the coin.

And this vast computational endeavor is the Achilles heel of cryptocurrency, says Alex de Vries, founder of the Digiconomist website and a Bitcoin expert.

All the millions and millions of calculations that are needed to keep the system running are not really doing any useful work.

“They are calculations that do not serve any other purpose, are immediately discarded again. Right now we are using a lot of energy to produce these calculations, but most of it is also coming from fossil energy, ”says de Vries.

“If bitcoin were adopted as a global reserve currency the price would probably be in the millions, and those miners will have more money than the entire federal budget. [estadounidense] to spend on electricity ”, he adds.

“We would have to double our global energy production just for Bitcoin.”

The other dark side

Vries says it also limits the number of transactions the system can process to about five per second.

This does not make it a useful currency, he argues.

And that opinion is shared by many eminent figures in finance and economics.

The two essential characteristics of a successful currency are that it is an effective form of exchange and a stable store of value, says Ken Rogoff, a professor of economics at Harvard University in Cambridge, Massachusetts, and a former chief economist at the International Monetary Fund. (IMF).

And he believes that bitcoin is none. 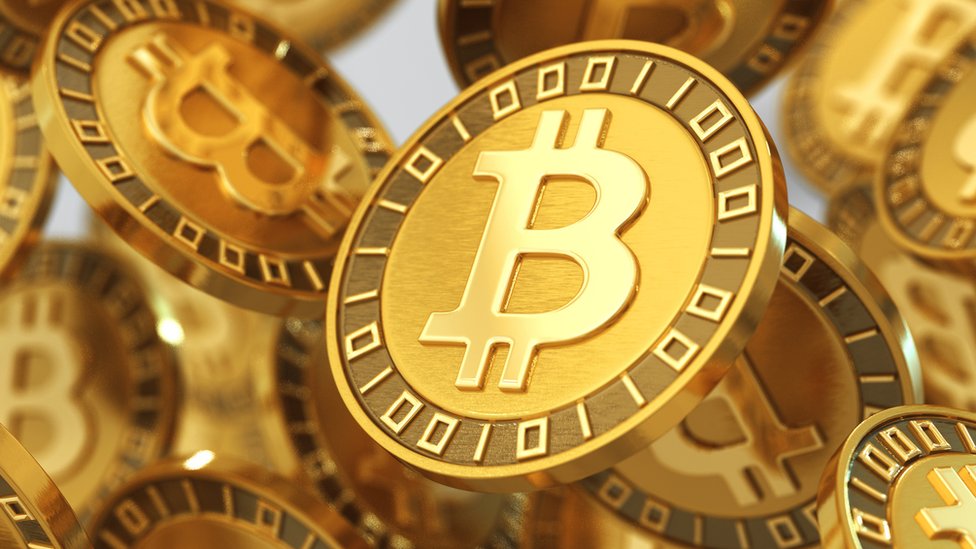 “The fact is that now it is not used much in the legal economy. Yes, a rich person sells it to someone else, but that is not an end use. And without that he really doesn’t have a long-term future. “

What you are saying is that bitcoin exists almost exclusively as a vehicle for speculation.

So is the bubble about to burst?

“That’s my guess,” says Professor Rogoff and pauses. “But I really couldn’t say when.”

This note was originally published on February 27, 2021 and was updated with Elon Musk’s announcement that Tesla will no longer accept cryptocurrency as a form of payment.

Remember that you can receive notifications from BBC Mundo. Download our app and activate them so you don’t miss our best content.