Revealed the first trailer and the release date of this ‘Battlefield 2042’ (it will arrive on October 22, 2021 for PC, PS4, PS5, Xbox One and Xbox Series), we can start picking at some specific questions that this delivery presents us, and that were detailed by EA and DICE in a meeting with the press. A project that has taken three years of work and that its managers describe as “the most ambitious ‘Battlefield’. Among others were Oskar Gabrielson, CEO of DICE and Daniel Berlin, director of game design.

The story that the game tells us starts in 2032, when climate change and conflicts between the countries of the world worsen until in 2040 there is a total blackout of telecommunications, which unleashes, combined with increasingly aggressive atmospheric phenomena, a global holocaust. The greatest refugee crisis in history takes place, which receive a name: the no-pats, which will have an important role in the plot of this installment set in the near future.

The argument, however, is not the important thing about this ‘Battlefield’, which will be focused, as it is happening for years in the franchise, to multiplayer. 128 players (that on PC, PS5 and Xbox X and S, since they will be reduced to 64, and with maps specially adapted to work in a smaller size, on PS4 and Xbox One) will face in this argument conflict between the United States and Russia. Only this time the non-pats, ranging from civilians to members of the army, appearing on both sides, will participate fighting for the interests of the homeless.

The fact that the game sends us to the future does not necessarily imply that there are jet packs or ray guns, but what we do have are atmospheric phenomena that will condition the games. Tornadoes, tsunamis and other wild elements of nature will not be scripted, and players can use them to their advantage, to create distractions or even move faster. One of the DICE programmers recounted how in a test game he used a tornado and a wingsuit to ascend to the top of a building, overcome danger and attack from the rear.

Multiplayer is divided into three different modes, each with its peculiarities:

Total war: Inside it you can play the classic Conquest and Advancement, it presents the largest maps in the history of the franchise (those responsible for the game did not tire of highlighting its absolutely huge scale). Some of the key elements in this installment, such as dynamic atmospheric effects, are at their best in this mode, which pits two great teams of players against each other.
Danger zone: It will have a more guided mechanic, with more specific and less chaotic missions than in Total War, but more details are not yet available. We only know that it is not a Battle Royale (that mode, after the experiments in the fifth installment, disappears from the franchise), and that it raises an approach to ‘Battlefield’ different from the classics Conquest and Breakthrough.
Third mode without detailing: There is a third way, yet to be announced. Those responsible for the game announced that it is a tribute to the long-term players of the saga. Danger Zone details and Danger Zone details will be revealed on July 22 at EA Play Live.

As for the two game modes within Total War, Advance is more of a free-for-all mode with more chaotic moments and others with small teams facing each other and trying to dominate a zone. In Conquest, on the other hand, one team will have to defend an area and the other conquer it, until they have mastered most of the vast terrain.

All these modes will take place on maps that guarantee an experience that those responsible for the game described it as “the closest thing to a sandbox that a Battlefield has ever been”, referring not only to the size of the playing space but to the unpredictability of the events that could take place and the changes that the action can take based on that. Among them, they listed and described seven maps for the first of the multiplayer modes, All-Out Warfare. Are these:

Kaleidoscope – Sogdo, South Korea. Highly technical map and in an urban environment, in search of information inside a skyscraper.
Manifest – Brani Island, Singapore. Industrial zone of extraction of vital resources for the United States.
Orbital – Kourou, French Guinea. One of the most spectacular moments seen in the trailer is on this runway for a rocket that goes wrong, in a race against time.
Discarded – Alang, India. A former shipyard with huge half-built ships, as factions battle to secure runaway nuclear material.
Renewal – Deserts of eastern Egypt. Battle to dominate a futuristic agricultural technology center in the Egyptian desert.
Hourglass – Doha, Qatar. Qatar’s unmistakable silhouette of endless skyscrapers is the setting for this level punctuated by eerie sandstorms.
Breakaway – Queen Maud Land, Arctic. A station located in an area of ​​the Arctic about to collapse is the scene of a combat in which soldiers fight for fuel and gas.

Among the most interesting aspects of multiplayer is the possibility of playing against enemies controlled by the AI, which will replace all or part of the players real. This is designed so that less experienced players can get used to the dynamics and pace of multiplayer battles before joining the conflict against real players.

Leave it to the specialists

The Old classes for players are now replaced by a new typology of soldiers, called Specialists. Although each one has its characteristics and specialty (and will have a thoroughly modifiable appearance), all of them will be able to carry all kinds of weapons. These are the four revealed so far, of the 10 that will be available at launch 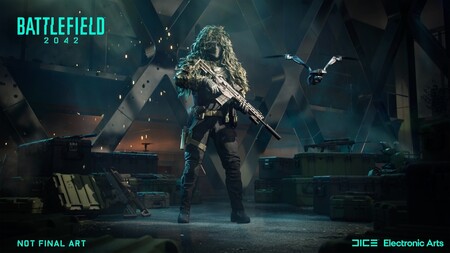 Detect threats to your companions from a distance with the help of drones. 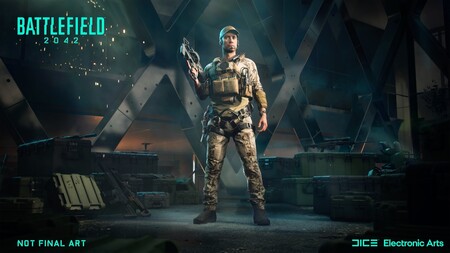 Greater agility and mobility than its peers thanks to the use of a grappling hook. 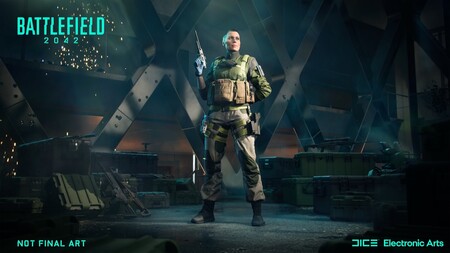 The necessary healer of any squad, which can heal from a distance. 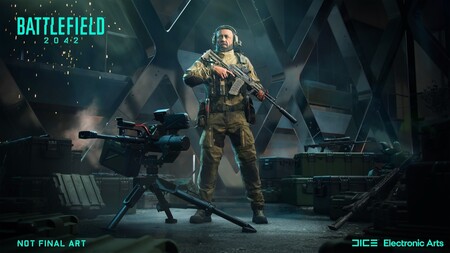 You can install turrets and employ devices that will interfere with enemy electrical devices.

In short, we are facing A renewed ‘Battlefield’, but faithful to the constants that have made the game famous for years. Chaos and strategy, total spectacular visuals and technical power in which DICE has specialized. 2042 is right around the corner.