In the US, there is also the facility to get vaccinated through private providers. One of the Hondurans who was vaccinated in Texas was the journalist Ernesto Alonso Rojas.

CUTS, HONDURAS. Crowded with people was the San Pedro Sula air terminal, Ramón Villeda Morales airport (SAP) This Friday, and, is that, presumably, hundreds of Hondurans are traveling to the United States to get the COVID-19 vaccine there.

It is a phenomenon that Latin American sociologists have called “vaccine tourism”, which has gained considerable force in Texas, USA.

Hondurans standing waiting to board at SAP.

It consists in that people with a US residence or a valid visa are deciding to travel to any State where the vaccination antiCOVID It is open to all public, given that in their countries of origin, such as Honduras, inoculation progresses very slowly.

«They prefer to travel and pay high costs than to demand from the government. In Honduras, those who can save themselves ”,“ In search of the vaccine, because we live in a country where the authorities are thieves ”,“ They are going to get vaccinated. How good for them ”, were some of the comments that Internet users left about it.

There are already several Hondurans who have been vaccinated outside the national borders. One of the privileged was Ernesto Alonso Rojas, a Sampedrano journalist who works for HCH, and did so precisely in Dallas, Texas.

On April 22, ‘Neto’ received his first dose of the Pfizer vaccine. The second dose will be given in May. 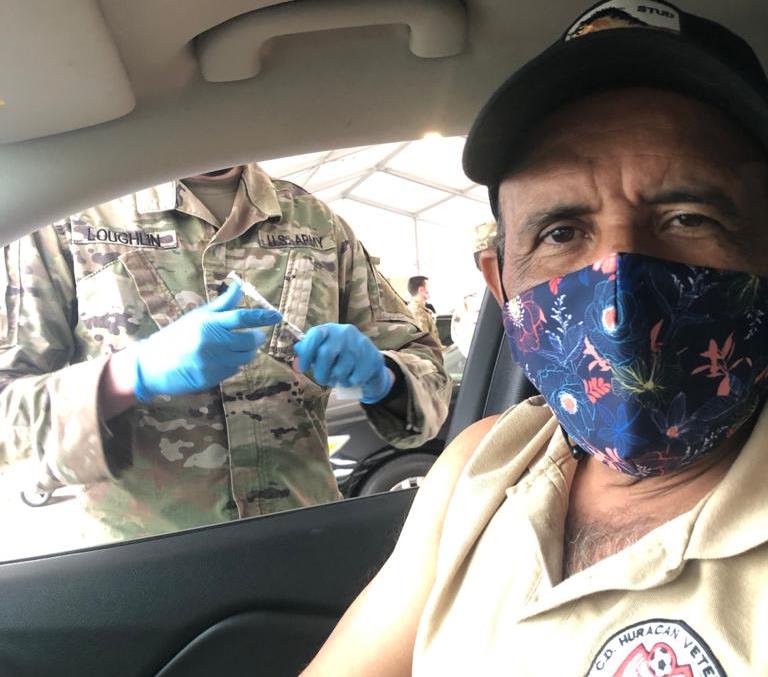 Ernesto Rojas getting vaccinated in the US.

What are the requirements to get vaccinated in the US?

Texas is one of the states that has seen a decline in infections of COVID-19 in the United States, and that is due to its extensive vaccination cycle. Until recently, the main destination to receive the vaccine among wealthy Latin Americans was to fly to Florida, but, seeing that the appointments were sold out in the city of Miami, controversies with tourists began. Following that, the mayor of Miami, Francis Suarez, called for residents of that state to be given priority over tourists.

Texas is more attractive to tourists

Now, while Florida requires you to be a resident to get vaccinated, in Texas there are different options that are more attractive. But, yes, not all vaccination centers in Texas are available to those who are not residents there.

As reported by DW, the spokesman for North Dallas County, Christian grisales, who clarified that to attend the vaccination sessions organized by the State of Texas “the person’s address is verified and identification is requested at the time the person is going to register.”

When someone arrives at the vaccination center, they must present identification to confirm that they are truly the person to be vaccinated. “For those who come from abroad, if they do not have an address or something that confirms that they live in the country, it may be difficult for them to receive the vaccine,” he added. 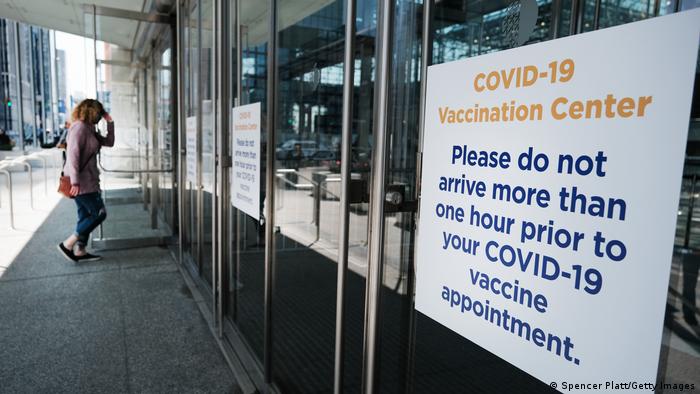 Vaccination Center in Texas.Independent providers in Texas, another alternative

In Texas, there is also the possibility of receiving a vaccine from an independent provider, and the process to get vaccinated at a private pharmacy is much easier.

Until a few weeks ago, in the chain supermarkets / pharmacies HEB, for example, you just had to make an online appointment, choose the date of a vaccination day and the vaccine you wanted to receive.

In private vaccination centers, on the other hand, they only ask for the confirmation of the appointment by QR code and the health insurance status, but it is not mandatory to have it. Days ago they announced that vaccines are now available to be administered in some Texas pharmacies, without prior appointment.

In Texas they have managed to vaccinate almost half the population. After the brief suspension of the Johnson & Johnson vaccine in the US, the number of people leaving their homes to go to vaccination centers decreased.

Note to our readers:

🔹 Subscribe for free to more information on our WhatsApp by clicking on the following link: http://bit.ly/2LotFF0.