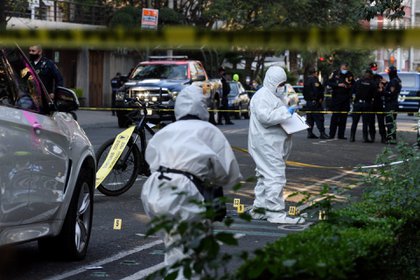 Martín Rodríguez Sánchez, president of the International Council of Entrepreneurs (CIE) and his bodyguard were killed during a direct attack (Photo: MARIO JASSO / CUARTOSCURO)

However, not even its virtuous security forces, professional prosecutors and clever officials have prevented criminal groups from raising their flag in the metropolis.

This Friday, the president of the International Council of Entrepreneurs, Martin Rodriguez Sanchez, was assassinated in one of the most important areas of CDMX, the Naples neighborhood, Benito Juárez mayor’s office.

According to the information card of the Secretariat of Public Security (SSP) of Mexico City, during the shooting, a woman was injured by the impact of a firearm, and a member of the Banking and Industrial Police (GDP), who acted as an escort for Rodríguez Sánchez, died. 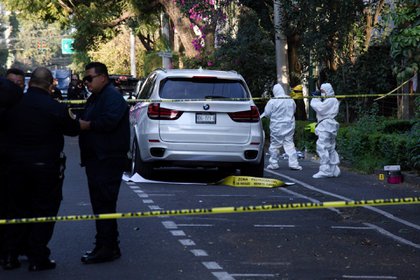 The injured woman was taken to a hospital with a pelvic injury; while the businessman who lost his life in the place, had bullet wounds in the skull, abdomen and femur. Meanwhile, the bodyguard was taken to a nearby hospital with a gunshot wound to the pelvis, left femur, back and left arm, where he later died.

According to the first reports, Martin Rodriguez Sanchez He was leaving a gym located in the area when two subjects, who were riding a black motorcycle, shot him at point-blank range.

The facts were reported to the agent of the Public Ministry, while the SSC uniformed men cordoned off the place pending the expert services. 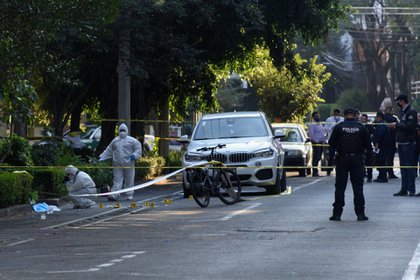 The SSP CDMX reported that during the attack this Friday an agent of the Banking and Industrial Police died (Photo: MARIO JASSO / CUARTOSCURO)

In Mexico City, brutal violence related to drug trafficking has been dramatically marked by beheadings, armed clashes, and killings of dozens of civilians and government officials.

The drug cartels have promoted their expansion in illicit activities, such as extortion, kidnapping for ransom and robbery, posing a challenge to the government of Omar García Harfuch

X-ray of the narco in CDMX: which are the cartels that operate in the capital and who are their leaders

Attack against the founder of La Unión Tepito: El Abuelo was attacked by cartel hitmen who are no longer in command

Shooting in the Naples neighborhood left two dead; one of the victims is businessman Martín Rodríguez Sánchez