Holly Madison, Hefner’s Girlfriend Number 1, (that’s what she demanded to be called) is bringing up the whole issue of the Playboy Mansion and her relationship with the mogul, because well, she doesn’t have anything more interesting to talk about. It turns out that Madison was on a podcast where she talked about her feud with Kendra and the time they lived at the Playboy Mansion. 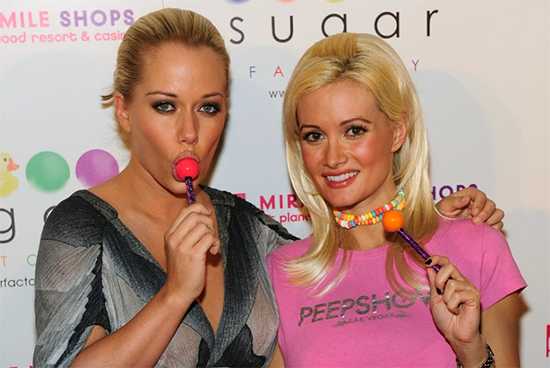 Holly said that to move in and live in the Mansion they all had to sleep with Hefner, which debunked what Kendra had said earlier, that she had not shared a bed with the Playboy founder before moving in. To Holly, Kendra wasn’t being honest about this.

“I had to sleep with him first” – said Holly this Wednesday. “I’m not trying to criticize anyone’s sexual behavior or anything, but no one was asked to move out unless they had slept with him. There was no other way. “

She also remembered that they weren’t friends. Obviously Kendra reacted to this by telling Holly, “Girl, it’s 2021.” Then he added another comment that said:

“The time has changed. I forgive and I have children to love and be focused on. “

How am I hating. She is the one out there talking. I am all love now baby. “

And when another user told him that Holly shouldn’t be ashamed to share her experience, Wilkinson said:

“Ok if you think this will help women then I will try to understand. I wish I had more time with Holly to understand her side … I wish her the best in life and that this helps to heal her. “

Holly Madison and Kendra Wilkinson have been honest about the problems between them, which is that they did not get along, Wilkinson previously said that they had to “pretend to be friends” for the reality show of E !, and Kendra also criticized the memoir Holly’s, “Down The Rabbit Hole: Curious Advertisements and Cautionary Tales of a Former Playboy Bunny” (almost puts Hef’s girlfriend number 1 too!), stating that her book was a way of revenge. In that book Holly told how her hell was at the Playboy Mansion … of course, after she could no longer manage to be the owner of the entire empire. By the way, you can read Hef’s answer to Holly here.

As you may recall, Holly and Kendra starred alongside Bridget Marquardt and Hefner in the famous E! Series, “The Girls Next Door” from 2005 to 2010. The truth is that the dynamics between them looked false, it was obvious that they did not get along. 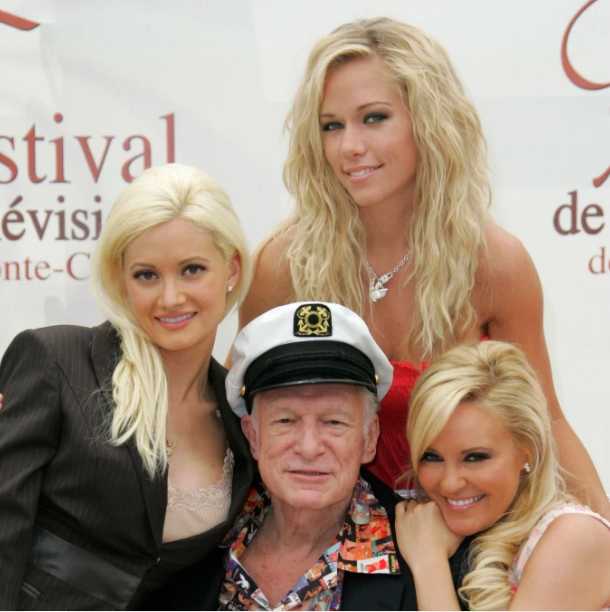 Holly on the podcast also revealed that she had “boring relationships” with Hef. Well, what did you expect, the swing? I doubt that at his age he could get … ok, you know. She mentioned that she was thankful she didn’t get pregnant (bahahahahaha… sure!)

“I knew it was because of him. I was healthy. He was just too old, ”she said on the podcast. “When I got into that situation the first time and something went through my mind that first night I had sex, where I felt like, ‘Ok, I did that. I kind of broke my own limits and I wasn’t comfortable with it. Now I have to do something about this situation. I almost locked myself in this box. “

I remember how she was obsessed with having a child with Hefner, getting married and being the mistress of the house, of the Playboy empire. And let’s not forget, be the head of the magazine. HA! It is that he did not hide. Everybody noticed, even to the point.

The Girls Next Door, Hef’s number one girlfriend, after everything was over and she left the mansion, she dated Criss Angel for a while, then she married Pascuale Rotella in 2013 and in 2019 they divorced. They had two children, Rainbow Aurora and Forest Leonardo. Madison then dated Ghost Adventure, Zak Bagans but they broke up in February.

So, Holly Madison brings out her enmity with Kendra Wilkinson and this responds, girl this is 2021 …

If you want to read more stories about the bunnies in the mansion, then here. Blast from the past!