Home>Tech>‘Hey Spotify’, Spotify’s own voice assistant works only within its app and allows you to control music by voice

If we currently want to control the playback of music on Spotify by voice, we can do it with Siri, Google Assistant, Alexa, Cortana … with practically all the great voice assistants. But if that’s not enough Spotify has one more alternative, its own voice assistant.

The music streaming service is testing its own voice assistant. One that has an important limitation compared to others: it only works within the Spotify app and with the app open at all times. In return, we can control music playback with voice command and ask you to play specific songs, artists or playlists. 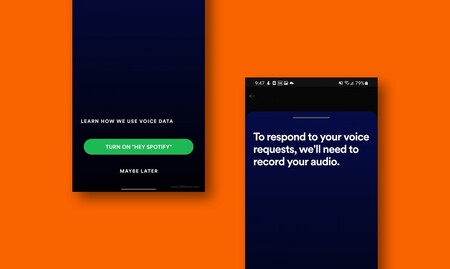 At the moment it is a function in tests that little by little is being deployed by the Spotify app for iOS and Android users. There is no way to force it to appear as this is an internal Spotify test and it is not entirely clear when it will be rolled out for everyone. However, it may appear for some users in the application’s permissions to access the microphone.

Paving the way for your own hardware

It should come as no great surprise that Spotify seeks to develop its own voice assistantIn fact, some details about him have already been known since March of last year. However, why is there a voice assistant already so many? While it may not seem as useful on a mobile, it does have it for other purposes.

As has been leaked (and there are official details), Spotify is preparing its own hardware device. It will not be a mobile, but rather a music player for the car. A player that, obviously, will be integrated with Spotify to offer music in the vehicle.

This is where it would make sense to see a Spotify voice assistant. The vehicle and while driving is one of the environments where it is most important to control devices by voice to avoid distractions. At first this Spotify device would come with ‘Hey Spotify’. 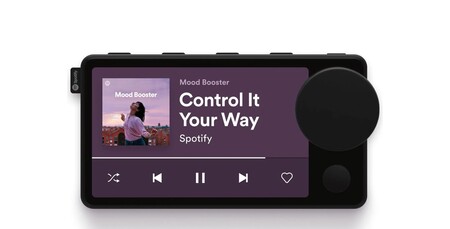 The voice assistant in the mobile app can thus become a way to pave the way for the arrival of hardware products that are primarily controlled by the wizard. First the player for vehicles, who knows if in the future also other products such as headphones.