Tekashi 6ix9ine has compared himself to the classic DC Comics villain The Joker in a new interview.

The controversial rapper made the strange comparison in a new Showtime documentary titled Supervillain: The Making of Tekashi 6ix9ine, which focuses on how he became one of the most polarizing musicians in the world.

READ MORE: What I learned about Tekashi 6ix9ine from making a documentary of his life

6ix9ine, whose real name is Daniel Hernández, says in the first episode: « I feel like my steppops was a superhero. 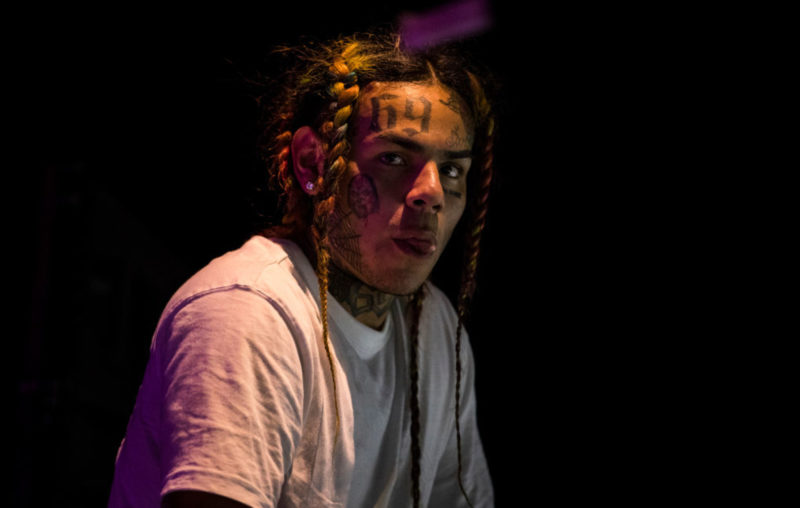 Hernandez’s stepfather was killed during a shopping trip when the rapper was 13 years old, and the rapper explained how the shock of his death led him down a path of darkness.

« He’s the bad guy but you end up falling in love with him. You always say, ‘I hate this guy,’ but you can’t stop watching him. There’s a place deep down where you fall in love with that guy. »

« We live in the age of manufactured celebrity, where people can create inauthentic characters on the Internet and rise to fame without any talent or morals, » Gill told Page Six.

« Tekashi’s story is exactly that – he’s someone who realized the power of having your own platform. »

« I think viewers will be surprised to realize how hypercalculated it is. Tekashi was someone who never did anything online by accident. Every click, every word, and every action on the web was carefully designed to elicit a reaction. His understanding How human beings operate on these platforms is incredible. «

The new film also addresses 6ix9ine’s affiliation with the gang members, which resulted in his arrest and sentence to prison on charges of racketeering and firearms. His subsequent testimony led to the conviction of two members of the Nine Trey Gangsta Bloods gang.

Earlier this month, the rapper drew controversy after getting into an altercation with Meek Mill outside an Atlanta club.