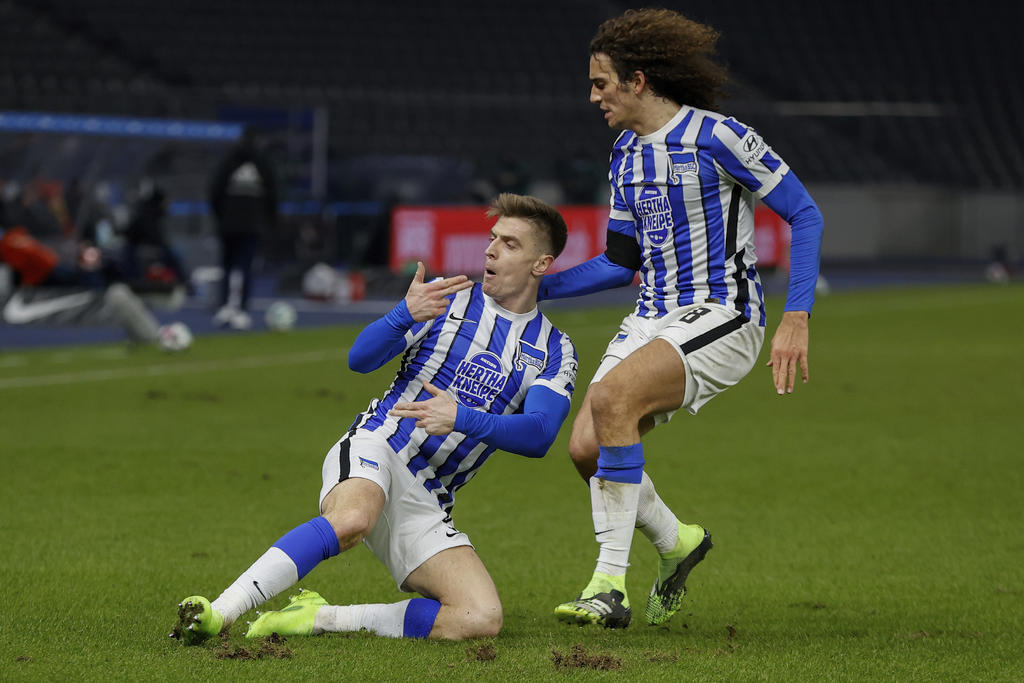 Substitute Krzysztof Piatek added a double for Hertha to beat Union 3-1 in the Bundesliga derby on Friday.

Union was left with 10 men after Robert Andrich was sent off for a dangerous tackle, just three minutes after Taiwo Awoniyi had scored.

Hertha equalized through Peter Pekarik, who took advantage of a rebound in the 51st minute. This was followed by Piatek’s double in a stretch of just three minutes, for Hertha to claim their first home win of the season.

“If we had played with 11, the result would have been different,” said Christopher Trimmel, Union captain, whose team will face leaders Bayern Munich on the next date.

On Monday, under cover of darkness, Hertha ordered the placing of some 60,000 club flags in the 12 districts of the German capital. The measure sought the moral support of the public, at a time when entry to the stadium is not allowed to prevent a further spread of the coronavirus.

The vicinity of the Olympastadion remained deserted. Normally, thousands of fans would have gathered waiting for the game, with songs, wine, sausages and beer.

Instead, the employees said they were bored when checking the credentials of the journalists before a game that would normally have been one of the most important of the season for both clubs.

But the players were not affected by the dull atmosphere in the stands and fought the duel intensely.

“We showed that we are a better team than Union, and that was very important,” said Piatek, whose team is five points behind its rival from the same city.