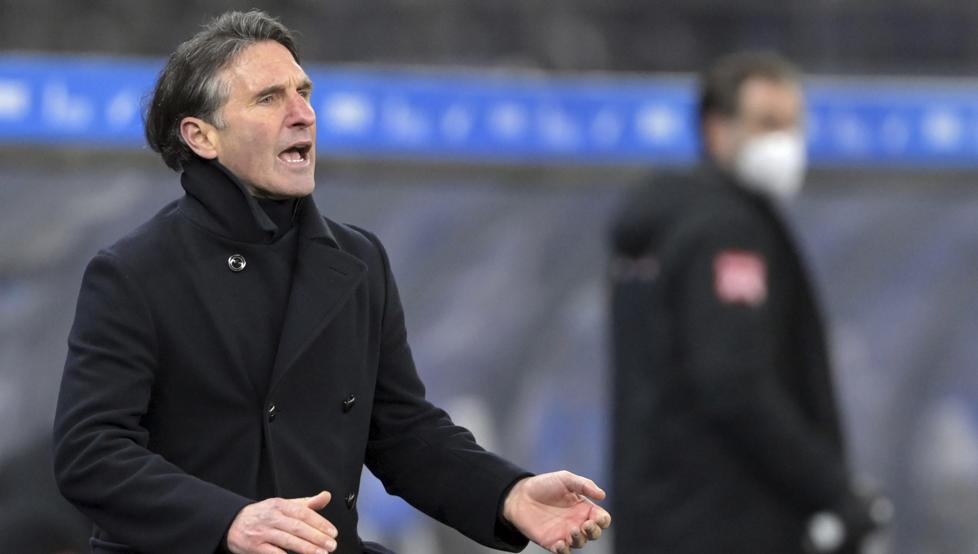 He Hertha
Berlin fired his coach Bruno
Labbadia and the sports director Michael Preetz this Sunday after a losing streak of results has left the team close to the relegation zone in the Bundesliga.

Labbadia spent nine months in charge, becoming the fourth Hertha manager to step down in the past two years following Saturday’s 4-1 loss to Werder Bremen. Preetz is leaving after nearly 12 years as CEO. Hertha are ranked 14th in the Bundesliga, two points above the relegation playoff spot, and have only won one of their last eight league games.

“With 17 points from 18 games, we are in a very serious situation,” says President Carsten Schmidt. “Therefore we have decided, after due consideration, to give new impetus with a change of coach. We will clarify the name of the successor to the coaching position in the coming days ”.

Labbadia was initially designated in April 2020 to stabilize the ship after a turbulent 10-game stint under former Germany and USA national team coach Jürgen Klinsmann, but failed to advance to the top half of the table in his second season.

The poor form comes despite the fact that Hertha is among the biggest signatories in Europe in 2020. It is particularly worrisome for Hertha given the club’s stated goal is to establish itself as a regular in the Champions League and also given the success of its Citizen rival, Union Berlin, eighth in the rankings, on a much smaller budget.