Although Henry is part of the Belgium coaching staff as Robert Martínez’s assistant, when asked about the French team on the podcast of ex-footballer Rio Ferdinand, he has not hesitated to give his opinion on what the favorite theorists can do. Specifically, he took the opportunity to celebrate the return of Benzema: “Whatever happens between him and Deschamps, they took care of it and I’m very happy“.

His admiration for the Real Madrid forward is very great, and he has made it known to the former Manchester United center: “Someone asked me who would you like to see in the Euro, who do you think …? Benzema! I have great admiration for Benzema. Playing for Real Madrid year after year, scoring and winning. It’s not easy, but the guy did it for a long time. ”

What’s more, when asked about a young player he wants to see at the European Championship, he reiterated: “Benzema. I want to see him again with the France team shirt. Hope we succeed with it“. 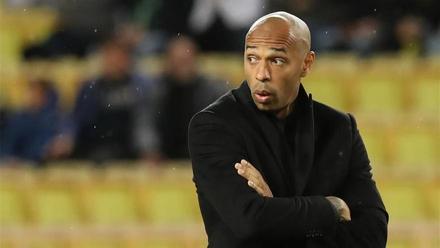 Thierry Henry, in his time as coach of Monaco.

What team has the luxury of doing this?

Continuing to analyze the French team, who will be able to line up a magical trident made up of Griezmann, Mbappé and Benzema, he wondered, What team has the luxury of doing this?, in relation to not summoning the Madrid forward.

In that sense, he also took the opportunity to praise Giroud’s good performance with the national team. The Chelsea man became World Champion with France being a starter and, despite the fact that many criticized him for his poor offensive performance in terms of numbers, he wanted to defend him: “Let’s be honest, Giroud has done a good job for the national team. I know he’s not always to everyone’s liking, but he did a good job. “