Accident and collision in Pinamar

Two dead and 5 injured It was the balance of a frontal crash happened this Thursday morning on Route 11 between two cars, very close to Pinamar.

The accident occurred at 8 o’clock, at kilometer 386 where the private neighborhood Costa Esmeralda is located, when they hit a black VW Gol and a Chevrolet Cruze embroidered car head-on, according to the newspaper El Día. 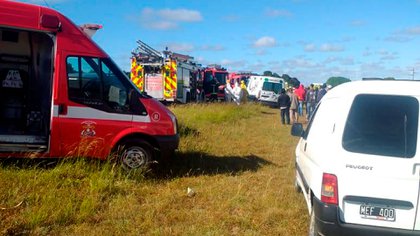 Firefighters, SAME and the Scientific Police work at the site (Municipality of Pinamar)

In both vehicles a total of seven people were traveling, of which two died. According to witnesses, the Volkswagen Gol tried to overtake another when it collided head-on with the Chevrolet.

The Pinamar Firefighters work at the site together with several SAME ambulances. The wounded were transferred to the Hospital of Pinamar, where their evolution is awaited since they received bruises of different considerations. 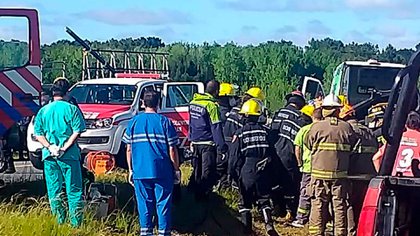 According to the official report, the fatal victims are two young people from Madariaga who were traveling in El Gol and were identified as Francisco Hollman and Matías Iturralde. In that car, they also traveled Laura Basualdo, Gastón González, and Miguel Caseres. 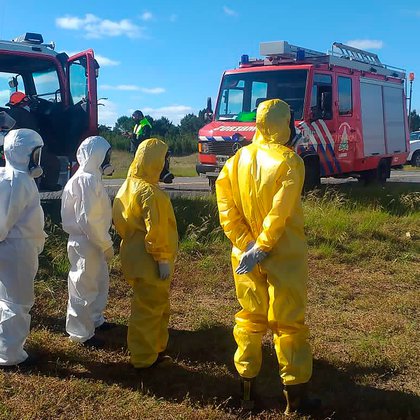 Meanwhile, the people who were traveling aboard the Chevrolte turned out to be José Luis Boselli and Claudia Senossiani, a married couple residing in the spa town of Santa Teresita. 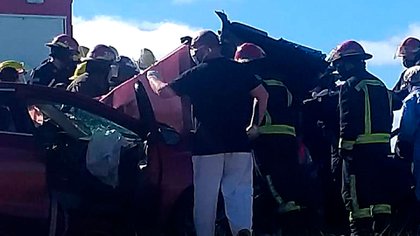 In this section of Route 11 there is also the Road Police to organize vehicular traffic. And the Scientific Police, for its part, was also present to relieve the relevant evidence and determine the causes of the accident. 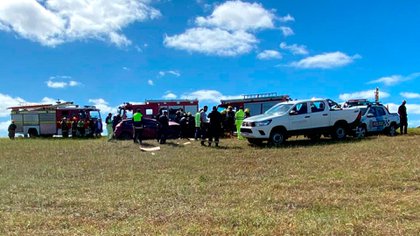