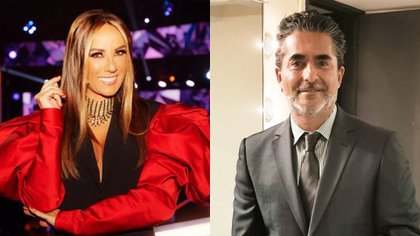 The host revealed that “El Negro” Araiza was the first man she was with (Photo: Instagram @consueloduval / raularaiza)

The actress and host Consuelo Duval He went through difficult times during the first months of the COVID-19 quarantine, however what changed his career was when he entered projects such as Netas Divinas and Who is the mask? what has made him resume his activities and remember those who helped him in his career, as was the case of Raúl “El Negro” Araiza.

Duval assured that Raúl Araiza was one of his pillars when he joined Televisa, to such an extent that he described the actor as “the first man in his life” since both had a relationship during his first years on television. According to Duval, I had the need to attend high school, while participating in the theater and also working as a receptionist at Televisa. This is what he said in an interview made for the YouTube channel of the journalist Mara Patricia Castañeda:

I went to high school, I came to the reception and from the reception to the theater, until I passed out and said: ‘No, I have to choose’, and I chose the theater, and I left the reception, but I was a receptionist for two years. There was my romance with Raúl Araiza and Héctor Suárez … and there, two or three who came to greet me 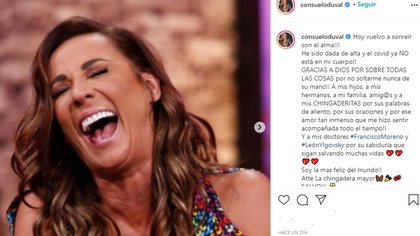 This is how he confessed that the first time he was with a man was with “El Negro” Araiza, with whom he had a brief romantic relationship.

“Raúl Araiza was the first man in my life,” said Consuelo, to which Castañeda asked if the driver of “Hoy” knew about this situation. Duval replied that he never told him but that he surely did.

It was at that time when due to the great stress of work, she fainted and when she was helped she realized that she had to leave one of the activities, So he decided to quit his job at Televisa to be able to concentrate on his studies and his artistic preparation in the theater.

When he finished preparing at the Televisa Center for Artistic Studies, at age 23, became pregnant with her first daughter.

A great friendship or romance with Yolanda Andrade? 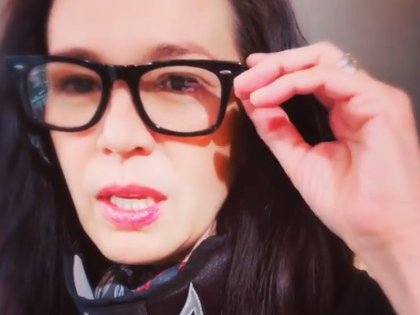 Consuelo has said that she will always walk by her partner’s side, implying that there has been a relationship between them that may even have transcended the romantic and that she has no problem if she wants to sexualize her friendship with Yolanda, who is well known for her support of LGTB groups and that her friendship is not predetermined by Andrade’s sexual preferences:

Of course I walk with her and I will walk all my eternity, she is my partner, she is my friend, she is the hand that saved me in the darkest moments. It’s a friendship, if they want to sexualize it, demonize it, I love it and I bless it, and that I have friends with whatever sexual preferences, it doesn’t do anything to me.

And it seems that the driver is grateful that he has been by her side in moments as critical as when she found out that she had tested positive for COVID-19 and that caused him to enter a crisis in which he could not get out easily, but it was thanks to the support he received from his followers and from his great friends.

“So for which, corrupt couple”: Laura Zapata attacked Jesús Ochoa and López Obrador on Twitter

“I felt at risk”: Consuelo Duval revealed the consequences she suffers after being infected with COVID-19