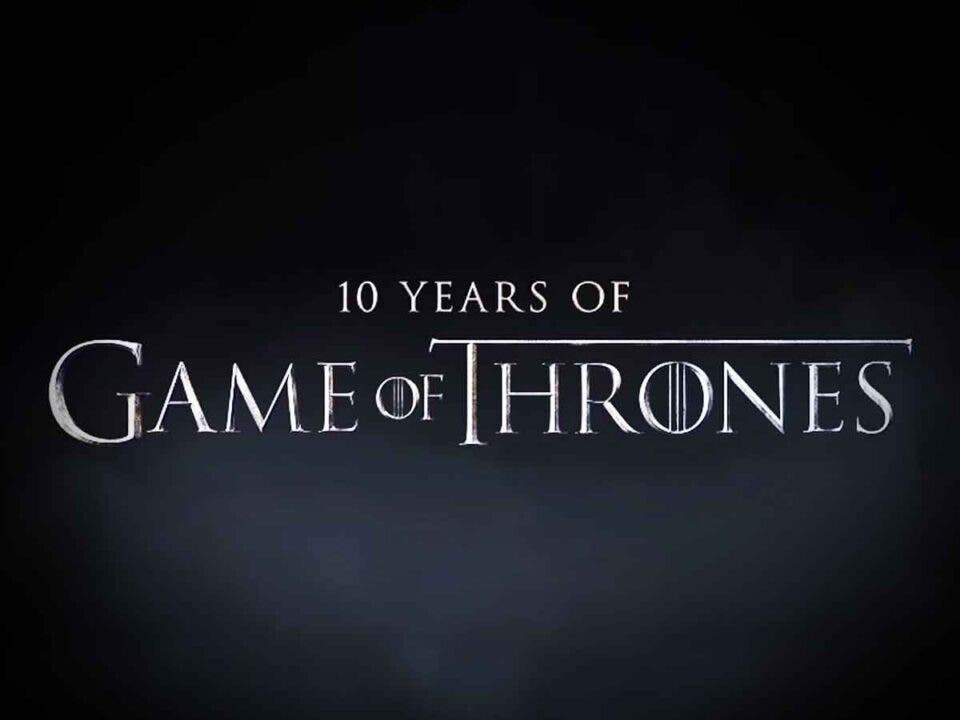 The streaming platform HBO is preparing to celebrate the Iron Anniversary for a month. That is, the 10 years of the Game of Thrones series.

Fans of Game of Thrones can now begin to celebrate the tenth anniversary of the premiere of the series of HBO. On the platform we can see a featured page with personalized images, a binge-eating marathon, special edition products and a variety of other content related to the series that will only be available in April. Among the exclusive content is an introduction to the world and the most important characters, as well as 150 videos of behind-the-scenes extras, cast interviews and never-before-seen trailers.

Challenge participants MaraThrone They will be able to enjoy the series by following six unique “routes”: curated collections focusing on the entire series, the Mother of Dragons, Arya’s journey to Braavos, the best battles, the rise of the Army of the Dead and the biggest spoilers.

They will also launch exclusive products to celebrate the 10th anniversary of Game of Thrones such as:

A one-of-a-kind imperial egg from Fabergé. Created by Emmy Michele Clapton, the world’s most iconic jewelery artist who will be inspired by Daenerys Targaryen. The egg includes a miniature crown, something “the mother of dragons” would have worn if she had taken the Iron Throne. Mikkeller, the Danish craft beer company, has launched a range of beers inspired by the series. This will allow fans around the world to celebrate the anniversary together. Funko could not miss the party and has presented a new limited edition collection of the most iconic characters from Game of Thrones. There will be an exclusive pack of the complete series decorated with the Iron Anniversary to buy in physical mode in 4K Ultra HD, Blu-ray, DVD formats.

Are you looking forward to celebrating the tenth anniversary of Game of Thrones? Leave us your comments below.