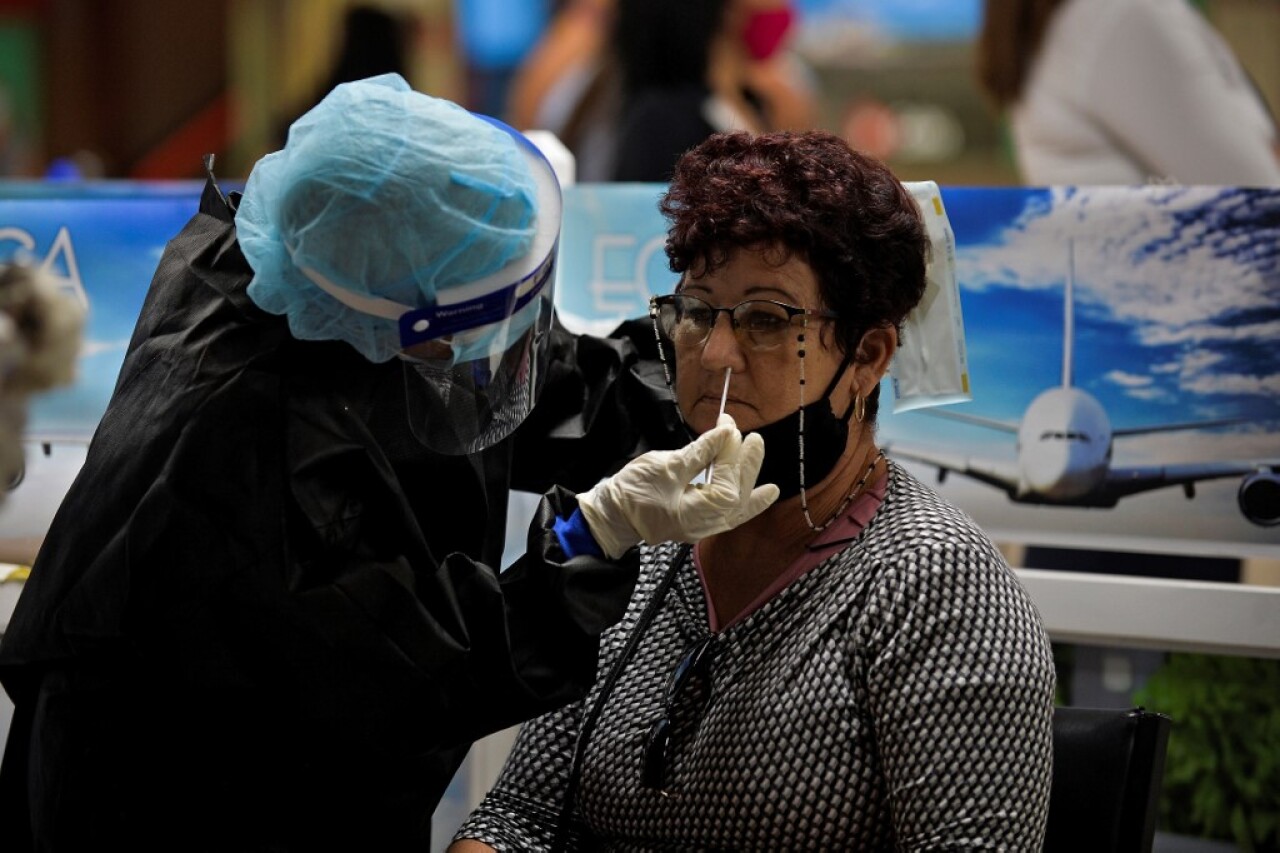 The first passengers to arrive at the capital airport, which interrupted its commercial operations on March 24 to stop the spread of covid-19, were received “in strict compliance with biosecurity protocols,” added ECASA.

These protocols establish that each traveler, whose temperature will be controlled at the airport, must undergo a PCR diagnostic test upon arrival on the island and then limit their travels until the results of the test are obtained, generally 24 hours later. Five days later, you will need another test.

“I have felt very well. Here there has been a very good and very fast treatment at the same time,” Cuban José Alberto Martínez, 55, who arrived from Mexico, told . after undergoing the PCR test.

The Cuban Gisela Martínez (54) also took advantage of the reopening. “Everything is neat, very clean. This is wonderful, with a certainty that I am speechless,” he said before taking his flight to Mexico.

Cuba also set a “health fee” of $ 30 or its equivalent in other international currencies for all travelers and crews arriving on the island, with the aim of “paying for the international health control services” that it applies at its airports, ports. and marinas. The measure will take effect from December 1.

The Havana airport, which in almost eight months only received humanitarian flights, is the last to reopen. The other five internationals in the country did so on October 17 to try to relaunch a tourist season badly affected by the pandemic.

On the reopening day, the airport expected a score of international flights, according to its director Manuel López.

The closure of borders, added to the tightening of sanctions imposed by Washington, dealt a severe blow to an island that has tourism as one of its main economic engines, with $ 2.64 billion in revenue last year.

The country, of 11.2 million inhabitants, seems to have controlled the spread of the coronavirus: with 7,590 cases, 131 deaths, and 7,060 cured as of Saturday, figures much lower than those of most of its neighbors in the Caribbean and Latin America.