When Lewis Hamilton looks downcast … be wary! It is just part of his psychological battle with Max Verstappen. On Friday, although on the one hand he assured that everything would be “very tight” in qualifying, he categorically assured that it would be “Very difficult to beat the Red Bulls” and was impressed by the top speed of his main rivals on the two straights of the Styrian F1 GP 2021. “I don’t know what we’ll do when they start that engine,” said the Briton. Max He did not trust and assured that the battle was going to be “very close”. And he was right not to trust the words of Lewis Hamilton. A day later, Mercedes was renewed, rejuvenated, almost like in its best days, with a Hamilton much more comfortable with his car compared to previous Grands Prix, much calmer, going around the place and without apparent balance problems . And at top speed, it seems that his “cries” the day before were just part of his “good theater”, as Mourinho would say. And it is precisely in the first sector, with two huge straights, the second steeply uphill, coincidentally Hamilton is where he put the two tenths that later separated him from Verstappen at the top of the rankings. The one of Stevenage he dominated the Free 3 of Styria with a 0 ”204 margin over Max.

Final classification of the FP3 of the F1 Styrian GP 2021

If yesterday the Dutchman seemed a clear favorite, those predictions seem to lose validity today in an F1 tremendously even in the lead between two titans like Mercedes and Red Bull, and Verstappen Y Hamilton. Another great battle is coming with a Lewis that he should have better weapons than in previous appointments, but the Briton warned yesterday that what worried him most was the strong race pace shown by Red Bull looking forward to Sunday. Again, theater? Be that as it may, what happens this Saturday is only the prelude to another fierce fight between the champion and the contender. 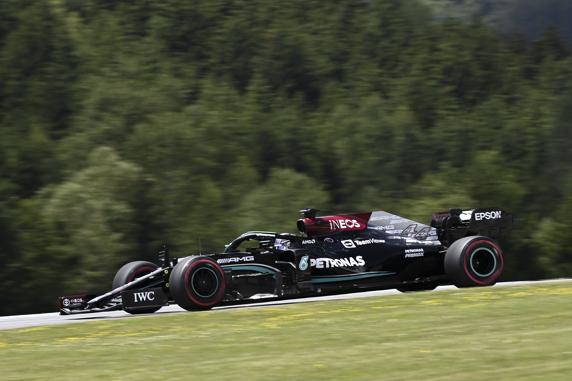 In the third position was bottas, at 0 “463. His 3-place penalty for his madness in the pit lane on Friday could give Mercedes another card in case they need it, as the Finn could give his slipstream to Lewis in qualifying as he did in Baku for his teammate to win whole for pole. But be careful, because Mercedes can not afford to hurt a lot to a Valtteri of which they need a lot of points to fight in the Builders World before a much more united couple, that of Verstappen Y Pérez.

The Mexican was fifth and has everything to fight to be in the first three starting positions. Although you must ensure that no car from team ‘B’ of Red Bull, AlphaTauri, I stole your wallet. Also powered by the Honda engine, those from Faenza, with a Gasly always present and a Tsunoda who was 5th in FP3, they could have a lot of strength leading a tremendously tight mid-zone. You just have to see the times to understand how even everything will be in that part of the table. From sixth place to 11th, there is only a difference of a couple of tenths.

Thus, on such a short circuit, with minimal differences, the mess in the decisive stages of qualifying will be enormous due to the large amount of traffic there will be. The work of the teams will be key to find a good gap on the track and possibly work a slipstream. It will also be crucial not to make mistakes, because any small thousandth you lose in a corner can cause you to lose a position.

In that fight it is expected that Fernando Alonso will be, fighting for what he already warned that it should be his natural position throughout the course, being between 8th and 12th in qualifying and fighting for points in the race. On this occasion, it seems that Alpine has the necessary strength to repeat Q3 again, and there, it will depend on the success of Fernando and the errors of the rest that the Asturian can aspire to something more than a Top-9 or Top-8. 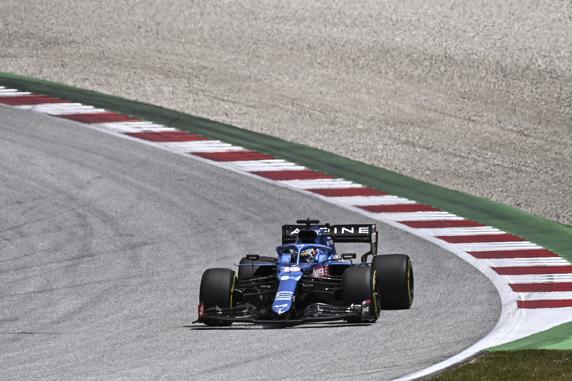 In that same battle should be Carlos Sainz with Ferrari. The team of Maranello worked hard on Friday to reduce their tire degradation problems that plunged them into the race at Paul record and in other appointments. In FP3, the transalpine team already focused on pure performance at one lap. Adjustment changes to improve the performance of the tires in long runs could have affected the good performance of the Ferrari to a turn. We will leave doubts in a quali in which Sainz wants to be back in Q3. The Spanish was 13th in this FP3, but Leclerc could finish 7th. Ferrari should be in that tight zone. But if it doesn’t make it into the top 10, it’s not a drama either. It could even benefit you to have the freedom of choice of tires starting from 11th or 12th place in order to have a better race pace.