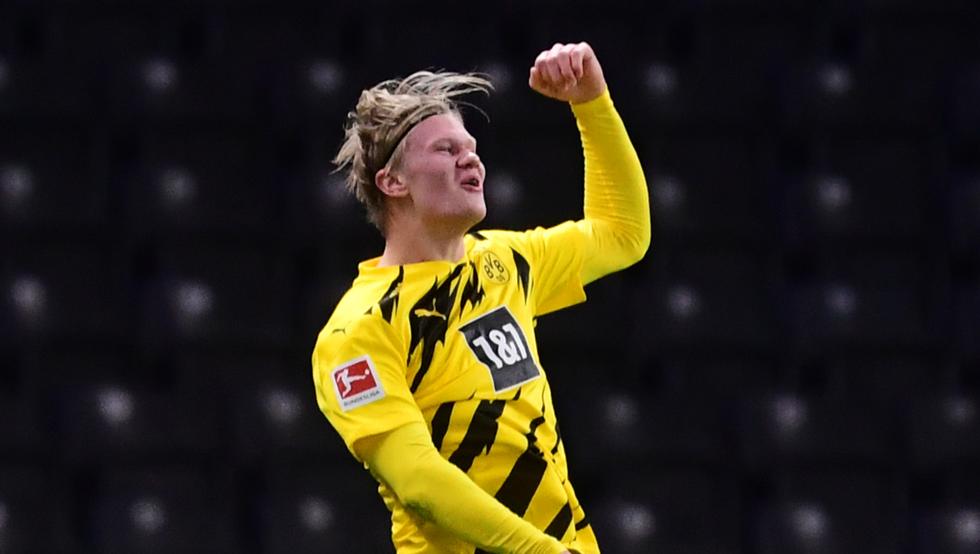 Erling Haaland continues to break barriers and on Saturday ended with a record that gradually approached 60 years of validity and that the Norwegian striker of Borussia Dortmund stopped at 57 after scoring four goals against Hertha Berlin: he beat the legendary Uwe Seeler and was became the highest-achieving player in his first 22 Bundesliga appearances.

It seemed that Seeler’s brand was untouchable, but the Dortmund striker has broken all the statistics. The brand-new Golden Boy debuted his trophy the same day it was awarded with a great match to Hertha with which he accumulated a total of 23 goals in his first 22 games in the Bundesliga since his arrival last January.

Seller, in the ranks of Hamburg in the 1963-64 season, the first he played in the top flight of German football, scored 20 goals in his first 22 games. With the four that served Dortmund to overcome Matheus Cunha’s 1-0 victory, Haaland, between minutes 47 and 79, left one of the great myths of German football without a record.

Not even names like Gerd Müller, Karl-Heinz Rummenigge, Dieter Müller, Jürgen Klinsmann, Thomas Müller, Robert Lewandowski or Rudi Völler have come close to such figures. And Haaland, he has achieved it with just 20 years.

The youngest to score 4 goals in a match

At that age, he also became the youngest player in the Bundesliga to score four goals in a single game. And, to close the circle of records, he joined the short list of footballers who in the ranks of Dortmund scored that many goals in 90 minutes.

Only Manfred Burgsmüller, Timo Konietzka, Michael Zorc and Pierre-Emerick Aubameyang did it before, but none so soon. It is clear that Haaland made the leap last season from a minor league like the Austrian to continue with his incredible statistics that were already astonishing at Salzburg.

The Norwegian forward has not been daunted in the Bundesliga and is a scoring roller. This course, in all competitions, already has a total of 15 hits. Last season, he signed 44 between Salzburg and Dortmund.

In Germany, only Lewandowski keeps up. With 13 goals, he hopes that the young aspirant does not lower him from the throne. At the moment, the Polish striker, loses in the global numbers but not in the Bundesliga, since he has eleven goals, one more than his rival for obtaining the trophy of top scorer. The fight will be tough, long and exciting.