A veil of mourning was installed yesterday in Mexican soccer for the death in São Paulo, Brazil, of the former attacker of America, José Alves, who was 86 years old. The news was made known by his son Luis Roberto Alves Zague, also a former Eagles player. Likewise, the former captain of Tri in the 1970 World Cup in Mexico, Gustavo Halcón Peña, also died, he was 78 years old.

A minute of applause as a tribute to the so-called Lone Wolf yesterday dedicated the yellow squad while pausing during training at its facilities in Coapa. The players and coaching staff formed a circle and gave an emotional ovation for a fierce forward in the 1960s.

The board, meanwhile, regretted the death of the Brazilian striker, a historic footballer for our Eagles, the team’s top foreign scorer, and offered their condolences “to our friend Luis Roberto Alves Zaguinho, to his family, teammates and to football in general,” he said. in a message.

José Alves was born on August 10, 1934 in Salvador de Bahia, Brazil, and ventured into soccer with Botafogo, his second club was Corinthians, where he stayed for six years. In 1961, the Lone Wolf arrived in Mexico to make his mark by wearing the colors of America for eight years. He was champion of the League in the 1965-66 season and of the Cup in the 1962-63 and 1963-64 seasons 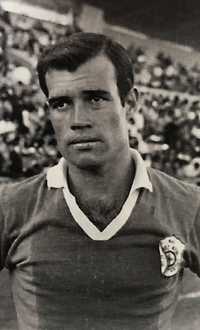 ▲ El Halcón was a strong defender and captain of the Tricolor in the World Cups in England 1966 and Mexico 1970. Photo @CruzAzulCD and Jam Media 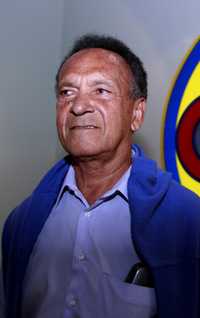 ▲ The Lone Wolf became a historic scorer for America, who yesterday paid him an emotional tribute.Photo Jam Media

With the Televisa team, he carved out the nickname that made him popular because with his speed and great stride he soon put himself on top in a solitary way, leaving behind his countryman Arlindo dos Santos. He scored 86 league goals in 299 games and scored the second goal at the inauguration of the Azteca stadium on May 29, 1966, in the friendly match against Torino of Italy. In the twilight of his career, he shared a dressing room with Pelé at Santos in Brazil.

The Liga Mx, through its official Twitter account, announced the death of Falcón Peña, a strong defense who wore the captain’s badge in the Mexican team in the World Cups in England 1966 and Mexico 1970. Some portals indicated that he died a victim of the Covid-19, without his relatives confirming that version so far. The truth is that the former defender suffered from Alzheimer’s for years.

Peña Velasco played in the Oro teams of Jalisco, Cruz Azul, Monterrey and Laguna. In the World Cup in Mexico, he scored the winning goal against Belgium via the penalty, in the last game of the Group stage, and hung up his boots in 1978.

He arrived at La Maquina from the disappeared Oro in 1967 and made a great pair in the rear with Jesús del Muro. He wore light blue until 1972. The light blue board issued a message of condolences for the family.