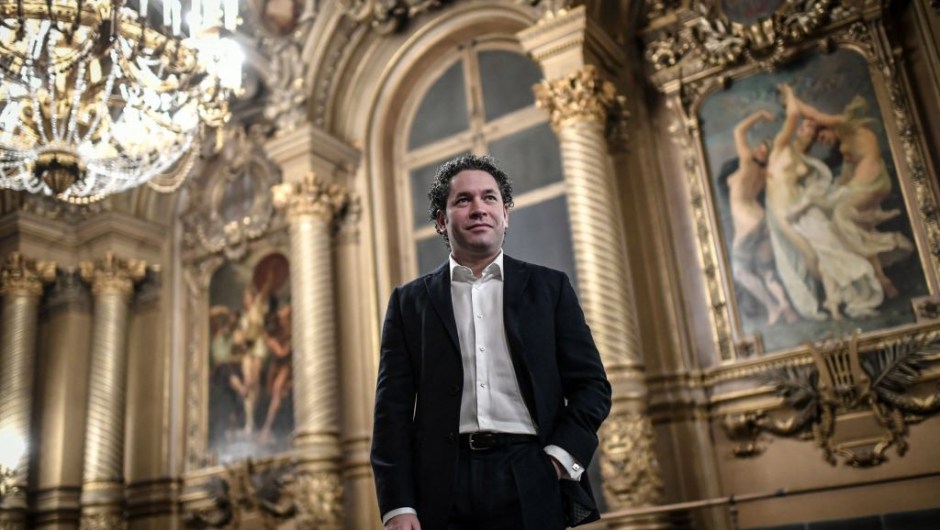 Musical director Gustavo Dudamel, conductor of the Los Angeles Philharmonic Orchestra, arrived in France in April 2021 to serve as musical director of the Paris Opera from August 1, 2021. Here he is at the Palin Garnier in Paris. (Credit: STEPHANE DE SAKUTIN / . via .)

(CNN Spanish) – Venezuelan director Gustavo Dudamel will be the new musical director of the Paris Opera, as announced this Friday.

The Paris Opera and its general director Alexander Neef said they were “pleased” by the arrival of Dudamel, who will join the Opera from 1 August 2021 and will be there for six seasons.

Neef, who said he was “very happy” by the arrival of Dudamel, said that the Venezuelan is “one of the most talented and prestigious directors in the world.”

“His musical direction convinced me as did his audience,” Neef added. “Through our many exchanges, I realized how much he could share and convey to as many people as possible his love for lyrical art.” 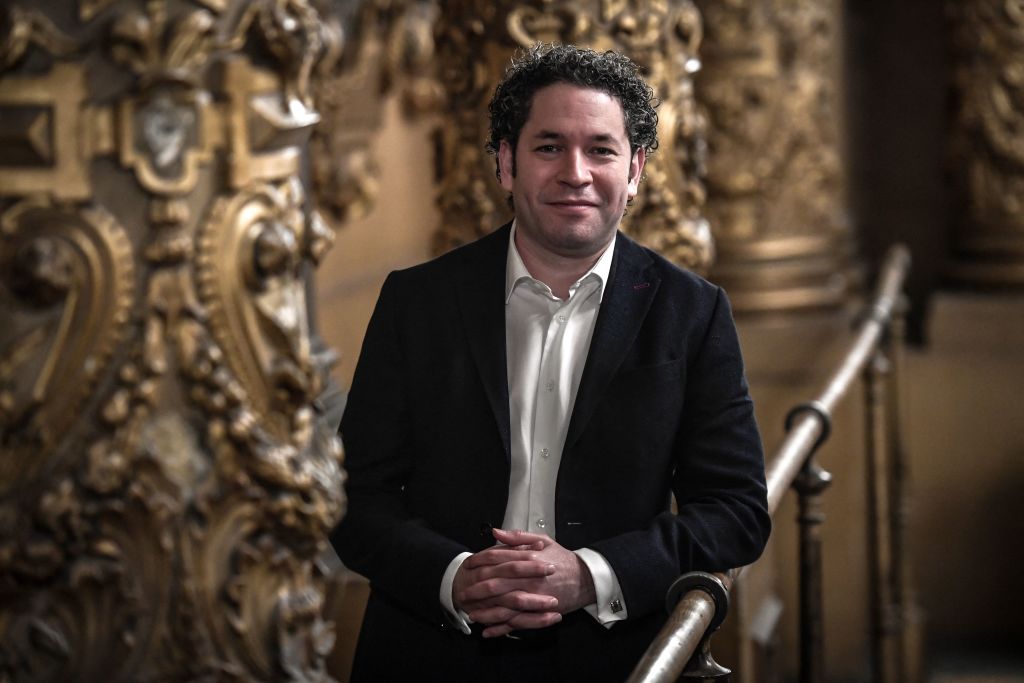 Dudamel, upon arrival at the Palais Garnier in Paris. He will begin his musical director season on August 1, 2021. (STEPHANE DE SAKUTIN / . via .)

Dudamel announced with “tremendous emotion” the news on social networks: “Today I feel tremendous emotion and a profound honor to announce that I will join @operadeparis as its new Musical Director! ⁣⁣”.

Today I feel a tremendous emotion and a profound honor to announce that I will join @operadeparis as its new Musical Director! ⁣⁣

I am tremendously excited and deeply honored to announce that I will join the Paris Opera as their new Music Director! ⁣⁣ pic.twitter.com/fInbjCpPjE

In a statement, Dudamel highlighted the “exceptional level of the musicians” and the artists in general of the Opera and said that he hopes that with his energy he can “create exceptional musical moments for our audiences, and make the Paris Opera every time more connected with the soul of the city and the country that surrounds it.

The Venezuelan said that he will continue his collaboration with the Los Angeles Philharmonic Orchestra and as artistic director of the Simón Bolívar Symphony Orchestra.

Gustavo Dudamel was born in 1981 in Barquisimeto, Venezuela. His musical career began when he was very young. At the age of 11, in a karate class he discovered that what he wanted was to make music, and then he began his journey through the world of music, as he told CNN’s Christian Amapour.

At age 18 he was appointed as musical director of the Simón Bolívar Symphony Orchestra of Venezuela.

A photo of me at 17, conducting Tchaikovsky’s fourth with the National Children’s Symphony of Venezuela. My mentor, José Antonio Abreu formed the orchestra in the 90s as part of @elsistema – he loved Tchaikovsky’s fourth, and so did I! #tbt pic.twitter.com/KguQIXGXd1

The first instrument he played was the violin. He was part of the System of Youth and Children’s Orchestras of Venezuela, studied at the Jacinto Lara Conservatory in his native Barquisimeto and deepened his violin studies at the Latin American Violin Academy in Caracas.

Dudamel was part of the El Sistema program, founded in 1975 on the initiative of maestro José Antonio Abreu, which promoted social development through music.

“I can’t see myself, right now, as an individual driving even though it seems like something very individual,” Dudamel told Amanpou, “because you’re on the podium and it seems like you’re the boss. But no, I believed with my musicians, my friends, playing music, having fun with this ». This is how he explains his connection with the Orchestra and recalls his early days at El Sistema.

For Dudamel, classical music is a method to give everyone, but especially children, beauty.

“It has to be part of your life as something as normal as eating or going to school or breathing. So when you go to the orchestra you have to have the opportunity to be with other children creating beauty, to have access to beauty, “he said.

In 2004, he was the winner of the first Gustav Mahler Orchestral Conducting Competition initiated by the Bamberger Symphony, with which his career took off internationally. Three years later, in 2007 and 2012, he was appointed musical director of the Gothenburg Symphony Orchestra.

Dudamel, says the Paris Opera, “has always relied on the belief that music has the power to transform lives, inspire and change the world.” That is why “with his presence on the stage and his connection to arts education” he has presented classical music to a new audience around the world and has helped disadvantaged populations have access to art.

For Dudamel, classical music is a method to give everyone, but especially children, beauty.

“Classical music is a very elitist art,” Dudamel told Amanpour. «But what Maestro Abreu thought was that this had to be part of the evolution of a child. It has to be part of your life as something as normal as eating or going to school or breathing. So when you go to the orchestra you have to have the opportunity to be with other children creating beauty, to have access to beauty. 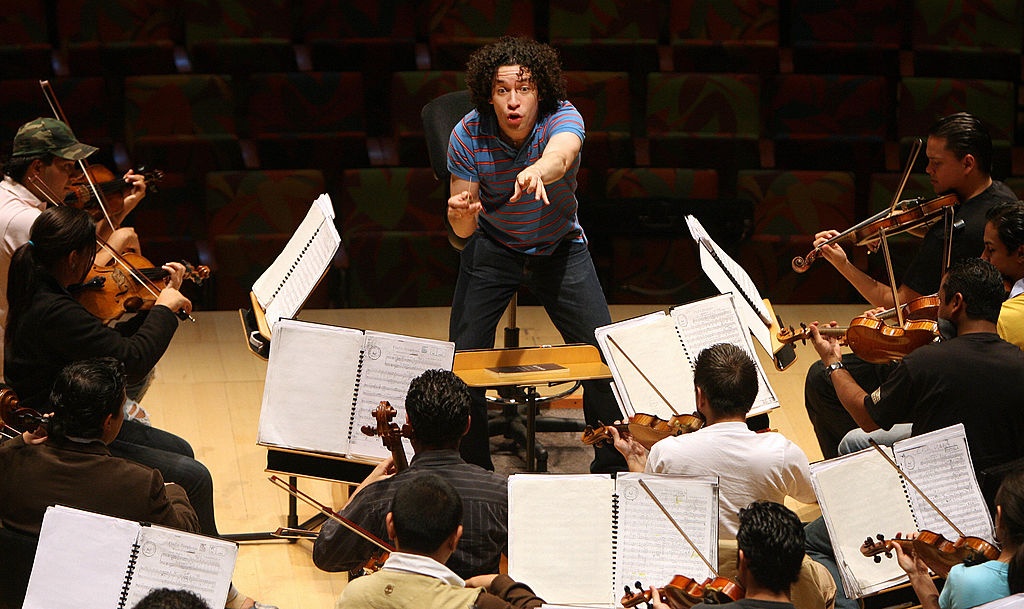 And opera, he says, has been fundamental in his life.

«During my youth, I used to sit for hours at the feet of my Maestro José Antonio Abreu and my idols in Milan, Berlin and Vienna, until I made this art form an integral element of our programming in Los Angeles – and I am extremely happy to to have found my spiritual home for opera in Paris, “he said on his website about his arrival in Paris.

The Venezuelan has been on the main international stages such as the Los Angeles Philharmonic, where he has been a conductor since 2009; he is also the director of the Youth Orchestra Los Angeles.

In 2017, Dudamel was the guest conductor at the traditional New Year’s concert in the famous Golden Hall of the Musikverein in Vienna, a concert that is tuned in more than 90 countries and has an estimated audience of 50 million people. At the time he was 35 years old and was the youngest teacher to conduct this concert, one of the most anticipated and with the highest audience of the New Year.

In 2021 he won the Grammy Award in the category “Best Orchestral Performance” for his work on the album “Ives: Complete Symphonies” with the Los Angeles Philharmonic Orchestra. This is the third Grammy for the Venezuelan director.

For years, Dudamel was the target of criticism for allegedly supporting the Venezuelan government and, for some time, keeping quiet in the face of the political and social crisis in his country. However, in 2017 the panorama changed when he publicly called to stop the convocation of the National Constituent Assembly promoted by the questioned President Nicolás Maduro.

Dudamel wrote two letters in the newspapers The New York Times and El País in Spain asking “to defend fundamental democratic values, thus preventing the blood of our compatriots from continuing to be shed.”

This is not the answer. All Venezuelan citizens have the duty to do what they can to change the current situation, to defend our democratic values ​​and prevent further bloodshed, “said Dudamel in the US newspaper.

That year, through his social networks, he asked political leaders “to find the necessary ways to solve the crisis in Venezuela.”

Nicolás Maduro spoke of Dudamel after the publication of that letter, welcoming him to the world of politics and calling him “misunderstood.”

“I send my greetings to Gustavo Dudamel although he does not understand us, he has become misunderstood as the song by Ismael Rivero, by Maelo, says, ‘I am the misunderstood Gustavo Dudamel,'” Maduro said at the time. «You became a politician, it doesn’t matter. Welcome to politics, Gustavo Dudamel, but act ethically. Do not be fooled and do not attack those who have been the architect of the expansion of this beautiful movement ”.

In the interview with Amanpour in 2018, Dudamel said that he gave his opinions as a citizen, not as a politician.

“And I said I thought so and I think the situation is unsustainable but I also believe that the main key to getting out of that situation is to bring people together. That is my goal: if you ask me what I would do to do something, to help, we have to build bridges, because people continue to build borders between us. All the time, ”he told Christiane Amanpour in 2018.

In 2019, at an acute moment of the crisis in the country, and when international humanitarian aid was expected to be received at the border, Dudamel urged that it be received: “Why not accept it? The doors must be opened so that humanitarian aid arrives imperiously to Venezuelans.

“Saving lives and alleviating the suffering of a population must be a priority,” he added.

And on an international stage, such as the Oscars in 2019, Dudamel raised his voice against what he called a “dictatorship” in Venezuela, when asked about the situation in the country.

«A dictatorship, a tyranny is one that takes over the voice of the people, of the majority. Most of my country demands a change, a transformation, “he said at the 91st Academy Awards, where he conducted the segment” In Memoriam “with the Los Angeles Philharmonic Orchestra. It is the part of the ceremony where people from show business who passed away last year are remembered.

A new chapter in Paris

After years of a successful career, with Dudamel performing at the New York Opera and at the Liceu in Barcelona, ​​the arrival of the Venezuelan is expected to instill “his conviction that culture should be accessible to all”, as Neef said. director of the Paris Opera, on the arrival of the Venezuelan to one of the most important operas in the world.

“His recognized investment in artistic and educational projects, his conviction that culture should be accessible to all, will breathe new life into us and support us in our mission,” said Neef.