Below the Angel of Independence, a statue tells the story of the Irishman who tried to free the indigenous and mestizos from the Spanish crown.

Born into a wealthy family come unrepented against the occupation of English Protestantism in Ireland, the first record of Guillén de Lampart refers to a restless young man who studied rhetoric and Latin in Dublin, before fleeing to Holland and Spain for his writings against Cromwell.

After a brief period as a privateer that led him to disembark in Spain and try to start a new life, Lampart learned from natural sciences, law, fencing, mathematics and various languages ​​at the University of Salamanca. The Irishman quickly stood out among his peers due to his memory and an innate ability to learn the cutting-edge knowledge of the time, which was mixed with an adventurous spirit.

Hence, he forged a rebellious character that led him to enlist in the Spanish army and continue his studies in Madrid. Thanks to his apparent loyalty to the Spanish crown, Guillén de Lampart was sent to New Spain in 1640, before his 30th birthday, with the mission of keep the metropolis informed about probable threats facing Catholicism in a troubled society, the complexity of which was beginning to extend beyond the understanding of overseas.

Despite the fact that Lampart led a commission of espionage in favor of the interests of King Philip IV, his political convictions were much more radical. During his stay in Mexico City, Guillén de Lampart understood the social fabric and reaffirmed his rebellious convictions when observing the role that the natives, slaves and mestizos occupied.

The Irishman was convinced that the Conquest had been violent, unjust and illegitimate and therefore had only one plan in mind: lighting the flame of a popular insurrection with the intention of freeing the slaves, vindicate the indigenous and favor the sectors most exploited by the Spanish crown:

“What a shame of so much tyranny, having died and consumed more than two hundred million of them (indigenous) since the Conquest (…) the same affliction and pain causes the tyrannical slavery of so many blacks, mulattoes, Berbers and others whose right of nature it is usurped (…) they reduce them to miserable slavery and servitude, equating them to brute animals in appreciation and mistreatment … ”

The principles of equality raised by Guillén de Lampart were as revolutionary for their time as they are uncomfortable for the Spanish monarchy. Two years after his arrival in New Spain, Lampart outlined a wild plan to carry out his goal: impersonate the son of Philip III, King of Spain, to take the place of Viceroy Diego López Pacheco and Portugal. From this position of power, I expected liberate indigenous people and build a more just society.

Lampart began with the preparations for his plan and while falsified documents proving his identity, communicated his plans to a captain named Felipe Méndez, who denounced him before the Tribunal of the Holy Office of the Inquisition in 1642. After knowing his plan in depth, contained in a document entitled “Proclamation for the liberation of New Spain from the subjection to the Crown of Castile and revolt of its natives “was found guilty of sedition, in addition to witchcraft and of keeping pacts with the devil. 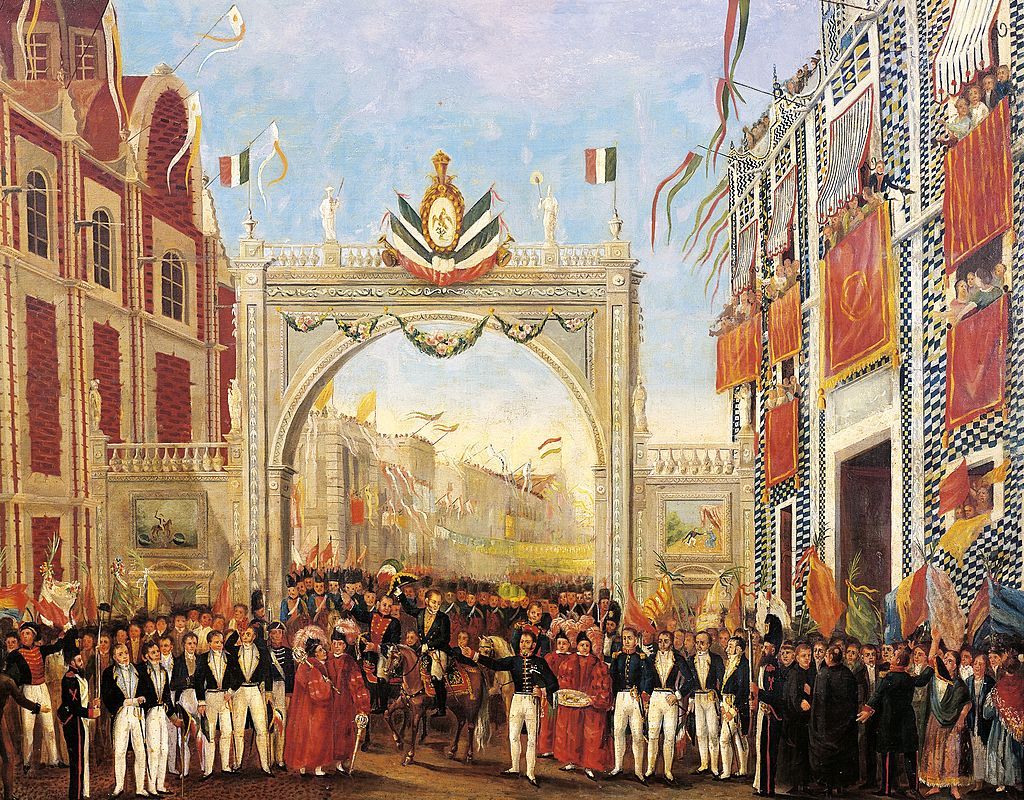 Photo: Entry of the Trigarante Army to Mexico City on September 27, 1821 Photo: DeAgostini / .

During his confinement, Guillén de Lampart outlined new plans for the liberation of New Spain. Convinced of the need for a social movement to overthrow the viceroy, he raised an insurrection supported mainly by the former indigenous nobility, while exploring his options for escape.

“The tyrant and unjust possession of the Crown of Castile is already foreseen, and his labile action to these kingdoms by way of intrusive power to put into execution and practice any jealous knight his restoration and restitution, and award it to those who have the vote to spontaneously elect him for their prince, may he rule them in peace and defend them in war and reward them in both ”.

Eight years later, in 1650, Lampart managed to flee from prison briefly. While some sources assure that he only spent 24 hours away and others affirm that he began to organize the uprising by distributing pamphlets with his ideas, the truth is that was quickly caught while fleeing bound for Veracruz.

With an even more serious penalty and reinforced vigilance, Lampart tried to escape on at least one other occasion, this time without success. Finally, the precursor of Mexican Independence who dreamed of social justice in New Spain was condemned to die at the stake in November 1659.

Despite the fact that Lampart is not officially recognized as a precursor of the Independence of Mexico and his name does not appear in monuments, streets, or history books, inside the column on which the Angel of Independence stands a statue in his honor, along with the remains of the heroes of the movement that began in 1810.

Independence of Mexico: everything you need to know