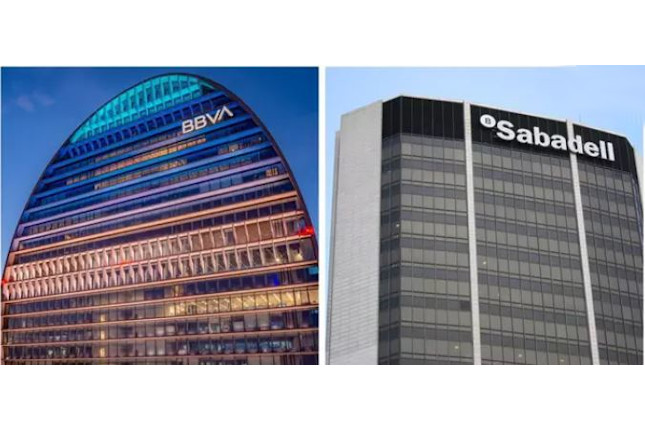 The CEO of Banco Sabadell, Jaume Guardiola, has indicated that in the coming weeks there may be news about the outcome of the conversations with BBVA for a possible merger, without there being any decision on the matter yet, for which reason it has been forwarded at the moment as communicated to the National Securities Market Commission (CNMV).

This was stated during his speech at the XXVII Meeting of the Financial Sector organized by Deloitte, ABC and Sociedad de Tasación, held the day after the announcement of BBVA and Sabadell confirming conversations for a possible merger.

“The truth is that I can say little. I am sorry to disappoint the audience, because it sure is an issue that interests a lot, but at this procedural moment we are very subject to what we said in the relevant event. We are at the beginning of the talks, there are no decisions made, we are in ‘due diligence’ and let’s say that in the coming weeks we will know a little what the result is, ”Guardiola replied after being asked about the operation.

If negotiations on a possible merger are successful, the combination of the BBVA and Sabadell business would result in an entity with global assets of 963,108 million euros. In Spain, assets would be 596,481 million euros, which would place the resulting entity immediately behind CaixaBank-Bankia and well ahead of Santander Spain.

Barclays analysts have reported that they calculate that if the “unexpected” merger of BBVA and Sabadell, whose negotiation was confirmed yesterday by the entities to the CNMV, be successful, it could lead to the closure of 1,232 branches that overlap by zip code.

The entity resulting from the eventual operation would have 4,225 offices in Spain, 2,521 in BBVA and 1,704 in Sabadell. A few weeks ago, BBVA announced that it maintained its intention to close 160 offices in Spain this year.

Barclays calls this corporate operation “unexpected” due to the economic uncertainty caused by the second wave of Covid-19 and the Brexit negotiations, still in progress. However, it recognizes that the market already gives a “high probability” that this operation will occur.

On the Stock Exchange, prices in Sabadell have moved 12% above BBVA since October 30 when each bank presented results. “Given the positive surprise in price and time and the market reaction of 15%, we believe that the administration has the benefit of the doubt about the deployment of capital in BBVA,” the report states.

The bank considers that it is very difficult to make an assessment in this context, but affirms that BBVA’s sale of its business in the US leaves the entity in a “privileged position” for the negotiations.